The Tecno Phantom 9 Review After 2 Months 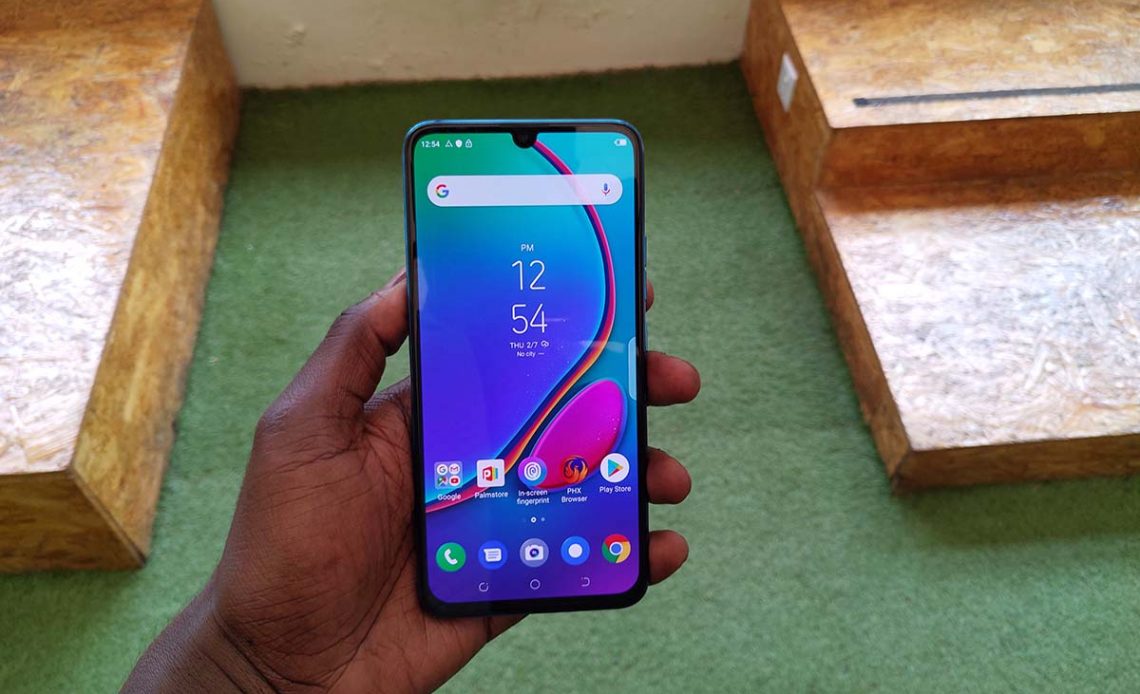 The Phantom 9 is the first Phantom device is two years as we did not see one last year for reasons unknown to us. I even thought the company had decided to kill this series and was surprised to see it come back this year.

The Tecno Phantom 9 is available in Kenya from as low as Ksh 23,300 on Jumia. This is not cheap and at this price range, you are probably looking at a ton of other devices including the Huawei Y9 Prime 2019, Samsung Galaxy A50, the Vivo Y15 and a few others. With the Phantom 9, you can trade in your old Tecno Camon, Spark or Phantom series for the new Phantom 9 through Lipa Later.

I have been using the Tecno Phantom 9 for over two months and here are my thoughts on what the phone has to offer. The Phantom 9 has some unique features we do not find on other Tecno smartphones. Top of them is the in-display fingerprint sensor that I was curious to see how good it was. This is one of the features I will talk more about in this review.

The design of the Tecno Phantom 9 is pretty good, it looks like most modern smartphones but that is not a bad thing. This is a familiar design with curved edges for improved comfort when holding the phone in your hands.

It does have the usual ports and buttons with the power and volume keys on the right and the headphone jack, speaker grille and MicroUSB port on the bottom. This is the company’s flagship smartphone and it is surprising that it still does not have a USB Type-C port, I hope Tecno changes this with the next variant as most of the devices it is competing with do have that type of port.

The Phantom 9 is made of a plastic back and is quite light compared to the other phones within its price range. The back has a gradient finish with the top section being blue and the bottom section being purple. This colour looks really good and will definitely grab the attention of people around you.

At the back is also where we find the three cameras, LED flash, Tecno and Phantom branding. It is a clean look in my opinion and the colours Tecno has gone with make it stand out.

Read: Five Things You Need to Know About the Tecno Phantom 9

The Tecno Phantom 9 has a 6.4-inch AMOLED display with a resolution of 1080 x 2340 pixels. We do not see AMOLED displays on Tecno smartphones and I wanted to see how good it is on the Phantom 9.

At the top of the display is a waterdrop notch that houses the selfie camera. The earpiece is at the very top of the notch. In addition to this, the phone has dual front flash above the display for better shots in low light environments. Tecno has managed to include the dual front flash even with the waterdrop notch and they have done that quite well, I love the implementation so far.

The display is pleasant to use, it is responsive and reproduces colour with great levels of accuracy.  It is a fingerprint magnet but that is not a big deal for most people. The display gets very bright and with automatic brightness, you can set it to adapt to the environment you are in and adjust its brightness automatically.

One thing I find odd with this display is when the brightness is adjusted to the lowest setting, it appears to be washed out and unpleasant to look at. I have used other devices with AMOLED displays and they were not as bad as this.

Now to the fingerprint sensor, it is an optical scanner that is illuminated in green and you will not miss it. It is easy to setup but is not as fast as traditional fingerprint scanners. It takes a few milliseconds to unlock the phone and does not work all the time. This may be because I am not used to such fingerprint scanners but also the tech is still new and I hope to see it refined in the coming months. This is Tecno’s first device with an in-display scanner. It feels odd at first but I got used to it after a few days. If you do not want to use this fingerprint scanner, the phone does support face unlock.

The Tecno Phantom 9 comes with Android 9 Pie out of the box with HiOS 5.0 custom UI. This phone was released way before Android 10 was announced and that is why it comes with Pie and not the most recent Android version. HiOS feels mature but looks pretty much the same as the previous versions. It does have some small changes but nothing major has been added so far.

Under the hood, the Tecno Phantom 9 is powered by the Helio P35 processor that has been paired with 6GB of RAM and 128GB of internal storage space. There is a 4GB/64GB variant but the one I have is the 6GB RAM variant.

Running day to day tasks is a breeze on the Phantom 9, it does handle well and even multitasking is not a headache. I can comfortably switch between different applications without any fuss, better than some of the other phones within this segment.

Connectivity-wise it does a good job in picking up the networks and supports Safaricom’s VoLTE. On connectivity, I noticed that it is not the fastest when it comes to picking up Wi-Fi networks but when it does, everything is smooth.

I managed to play some games on this phone and it does handle them really well. The only issue I have had so far is with the Asphalt 9 game, even though it works well most of the times, it does crash from time to time and this can be frustrating. I played all other games with this issue coming up from time to time.

Over the last couple of years, Tecno has really improved the cameras on its devices and this is the case for the Phantom 9 too. The triple camera setup at the back does a good job in varying lighting conditions. The three cameras include a 16MP main sensor, 8MP wide angle lens and a 2MP lens perfect for portrait shots.

The photos you get from the back cameras are great but nothing out of the ordinary here. They are well saturated with good dynamic range. If you are looking to take quick shots to share with friends or on social media, these cameras can do a good job at that. They are well detailed in different lighting conditions.

The front facing camera is a 32MP one that is just ok to be honest. Anytime you see a 32MP sensor you expect more from it but that is not the case with the one. It does a really good job but nothing out of the ordinary.

Unfortunately I don’t have any samples as I had reset the phone when I was writing this review.

Tecno phones have always had good batteries and the same can be said about the Phantom 9. It does have a 3,500 mAh battery that easily lasts an entire day even with heavy usage. The Phantom 9 has AI smart power saving feature that learns the usage of apps and restrict power consumption by rarely used apps. These are some of the features that make this battery last long.

No fast charging is support on the Phantom 9 and that is a let down in my opinion. This is the company’s flagship that should have all the good features.

The Tecno Phantom 9 is the company’s first flagship is two years and it is good but not extraordinary. It has a good design and build quality, good cameras and battery but performance is not want you expect. With most devices, there are things you expect based on the specs and the Phantom 9 is a bit of a let down in performance and especially when gaming. The display is also disappointing to some extent. Brightness at lower levels gives off a bad washed-out look that is annoying to look at.

As to if the Phantom 9 offers value for money, I’d say not that much. It is a good phone but should not be priced at where it is. It should have been cheaper compared to some of the devices it is competing with (Y9 Prime 2019 and Galaxy A50). A good phone is not just about having the highest RAM capacity of the latest tech but it should work as expected and be reasonably priced and I don’t think the Phantom 9 is that device.