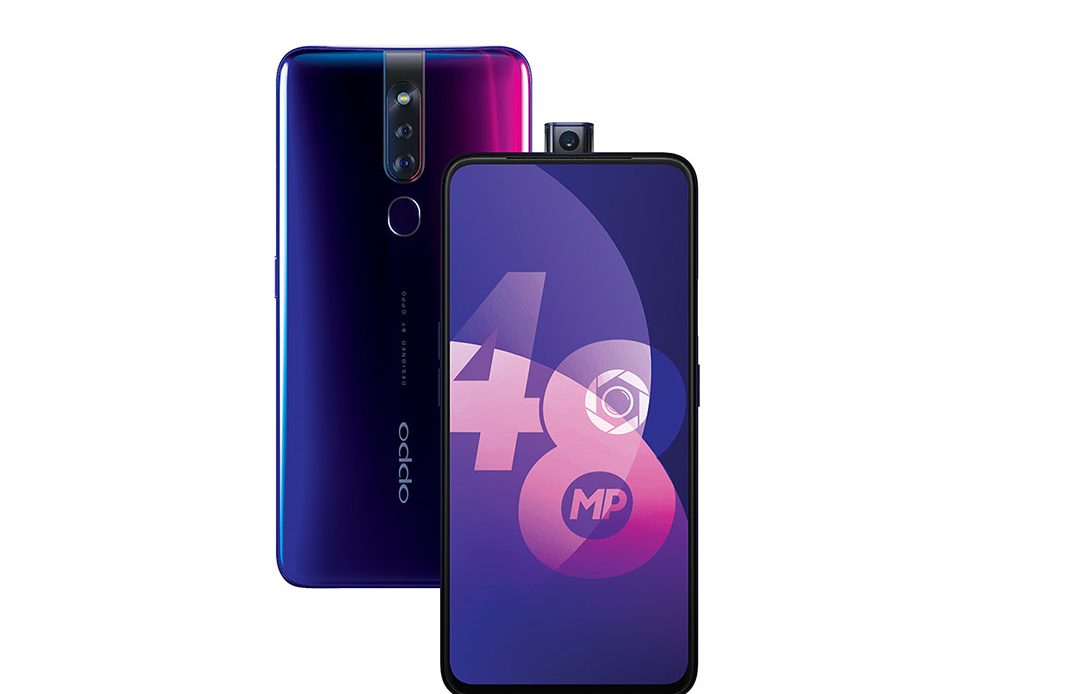 Sometime last year, OPPO introduced the Find X smartphone to the market. This was a very controversial smartphone and its price, Ksh 100,000, was seen as being way over the top. The price aside, the OPPO Find X stood out thanks to its very thin (almost non-existent) bezels and its pop-up camera. The company used a pop-up camera to avoid having a notch on this phone.

Fast forward to 2019 and OPPO is back with the F11 Pro that has a pop-up camera and equally as thin bezels. The phone was unveiled yesterday together with the standard F11 that has a waterdrop notch like the one we saw on the OPPO F9 from last year. The OPPO F11 series is the successor to the F9 series and this means that we should be getting these two phones In Kenya at some point this year. I am not sure why the company decided to skip number ‘10’ but that is not relevant at this point.

The OPPO F11 and F11 Pro are similar is many different aspects but they do have their key differences. For starters, the F11 Pro has a popup selfie camera that has helped the company avoid including a notch at the top. The standard F11 has a waterdrop notch that houses the selfie camera. With a mechanical camera, the same questions we raised about this issue (on the Find X ) will resurface. It is a good feature but considering that when buying this phone, you are planning to use it for the next two years or so and this means that the camera should not have any issues within this period. What happens if the camera gets stuck? I know, the company has obviously done tests to address this but we know that something may come up which was the company wasn’t ready for.

Like other OPPO smartphones, the other specifications of the F11 and F11 Pro are pretty much the same. This is not a bad thing and is a way for the company to give its customers options so they can choose the one they really want. As for price, I expect the OPPO F11 Pro to be available anywhere between Ksh 35,000 to Ksh 39,000. This is the same range you could get the OPPO F9 Pro when it launched in Kenya. The standard OPPO F11 on the other hand should be anywhere between Ksh 29,000 and Ksh 33,000. At this price, it will put it head to head with the Infinix Zero 6 Pro that the company launched in Kenya this month. Who will win this fight? Only time will tell.

Now let us look at the OPPO F11 and F11 Pro specifications below.