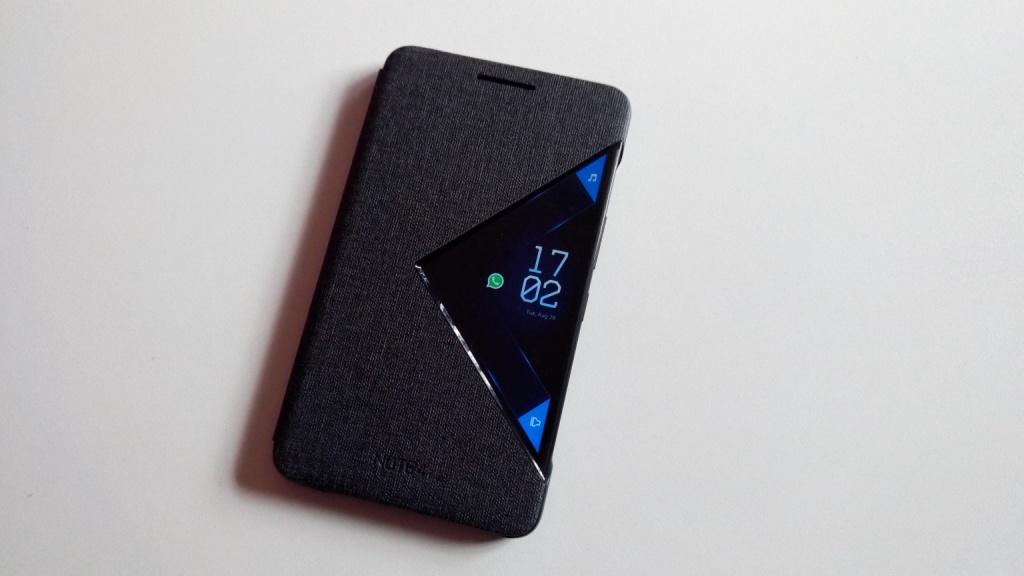 Over the last few years, we have seen manufacturers go with bigger displays on some of their smartphones. These devices have always been referred to as Phablets. As consumers, are used to these huge displays since they are widely available in all market segments from entry level to high end segments.

For Infinix, the Note series has always been its Phablet line. The latest device from the company in this series is the Infinix Note 4 which was introduced into the Kenyan market back in July. We have already reviewed the Infinix Note 4 and we really liked it. Besides the Note 4, Infinix also has the Note 4 Pro that is the bigger brother to the standard Note 4 and comes with the first stylus pen from the company, the XPen. The two devices are not that different, they share a lot of the specs with the biggest difference being the XPen.

As I have mentioned above, the biggest thing that the Infinix Note 4 Pro is introducing is the XPen. This is the first stylus pen from the company and I was excited to see how useful it is. With XPen, you are able to scroll through the phone, take notes, take screenshots and write memos even in sleep mode, smart select what is on the screen and share that with your friends as well as write on the screen. 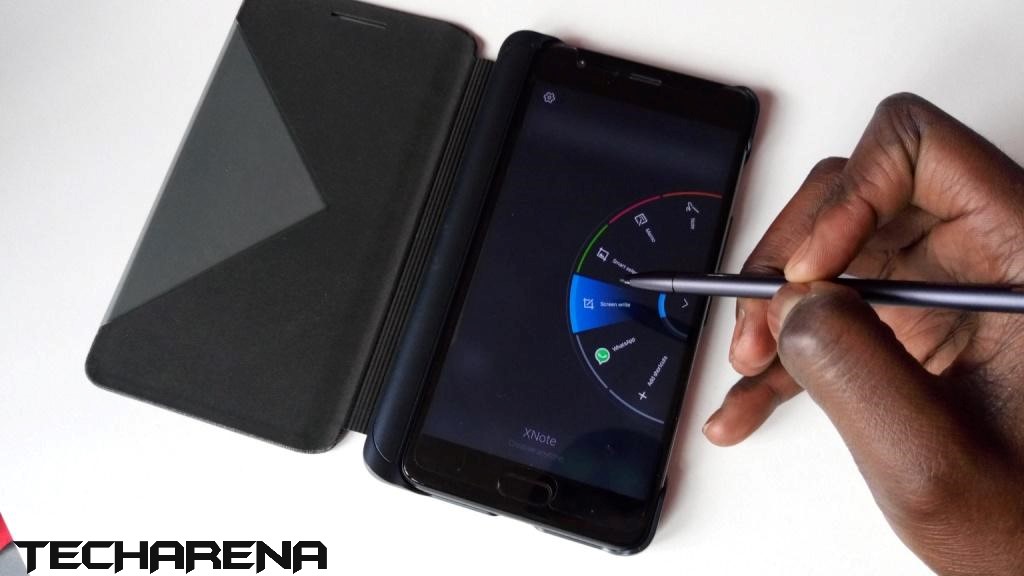 When you take out XPen out of the box for the first time, its low on charge but the good thing is that it takes a few minutes to charge. There is no indicator to show you the capacity you have, all you have to do is insert it into the flip cover and it starts charging. For it to charge, the phone has to be in the flip cover too. There are three connecters on the XPen and these are the ones that connect to the phone through the flip cover for it to charge. 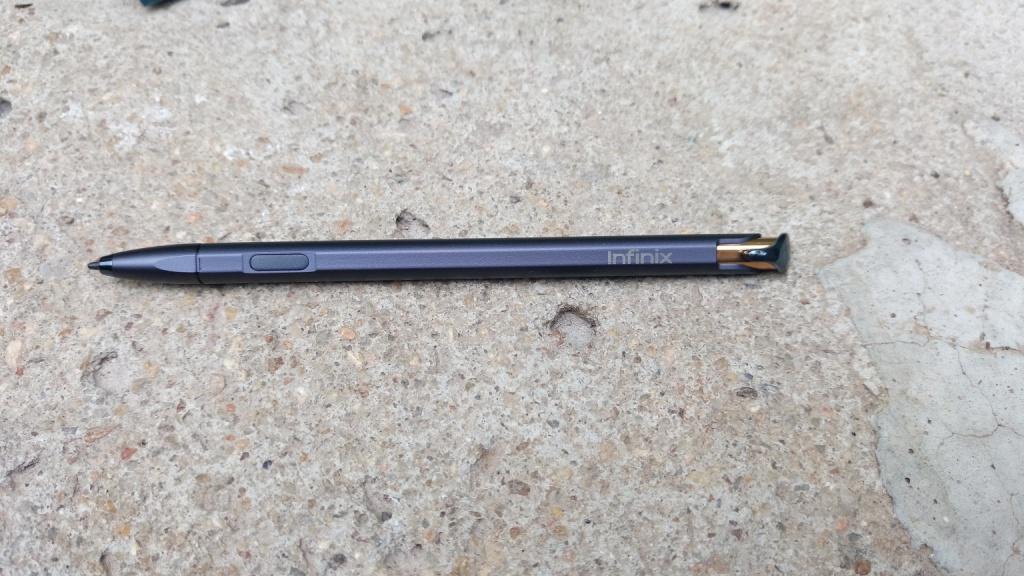 During the review period, I did not use the XPen that much. It is a cool addition but my problem is that you cannot insert it in the phone as we have seen on other smartphones, you can only safely store it inside the flip cover. The problem with this is the flip cover is bulky to accommodate the XPen and this is affects its portability, at least for me. All this could have been solved by letting users insert the XPen inside their smartphones. Infinix could have moved around a few internals and even reduced the battery to 4300 mAh like the one on the standard Note 4 and have room for the XPen. 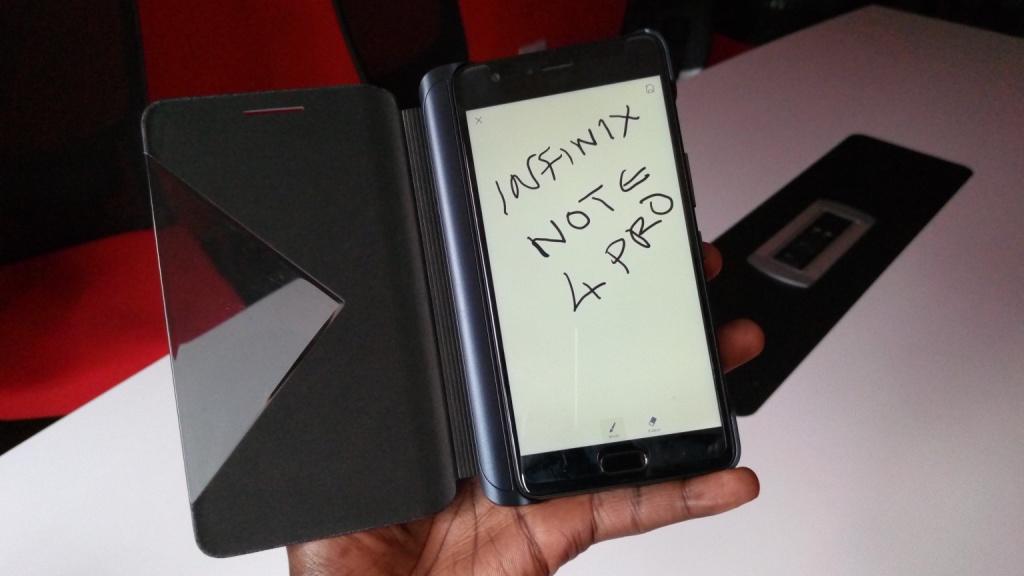 All in all, the XPen is a useful addition to the Note series. The phone has a 5.7-inch display and the XPen brings added functionality making the 5.7 inch display manageable. There is the X Pen app that pops up when you take the XPen from the flip cover. When it pops up, you get shortcuts to the X note app, the memo taking app among other shortcuts that you an access with the XPen. These shortcuts can be customized and you can add some of the apps you use regularly to make them easier to access without having to go to the app drawer.

Now that we are done with the XPen, let us look at the phone itself. It is the same size as the standard Infinix Note 4 but it has a metallic back cover that feels very slippery at first. 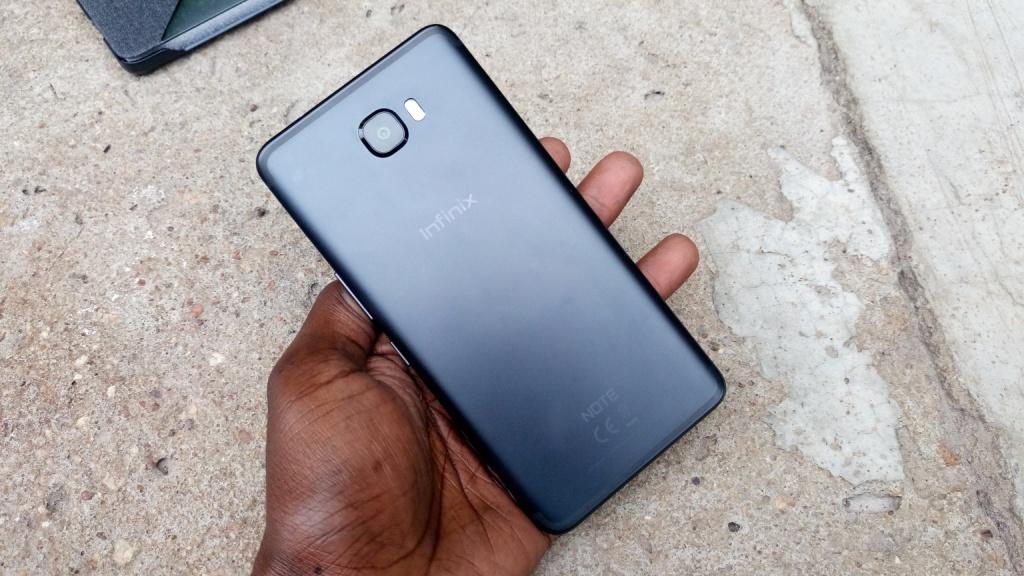 I prefer the build quality of the Infinix Note 4 Pro over the one of the Note 4, it feels and looks a bit more premium for a Ksh 19,500 smartphone. At the back you get a clean surface with only the 13MP camera and the dual LED flash. The antenna bands have been moved to the edges for an even cleaner look. By now you may be asking, what about the fingerprint scanner? That has been moved to the front panel, embedded underneath the home button.

Speaking of the front panel, that is where you get the 5.7-inch display with Full HD resolution. Above it are a few sensors, the front facing camera with flash and the earpiece. Below it is the home button with the fingerprint embedded underneath and physical navigation keys on the sides. The navigation keys are not backlit by the way. The 5.7-inch display is not that big and I find it easy to use even with one hand. I find this display better than the 6.0 display on the Infinix Note 3 that was released last year. 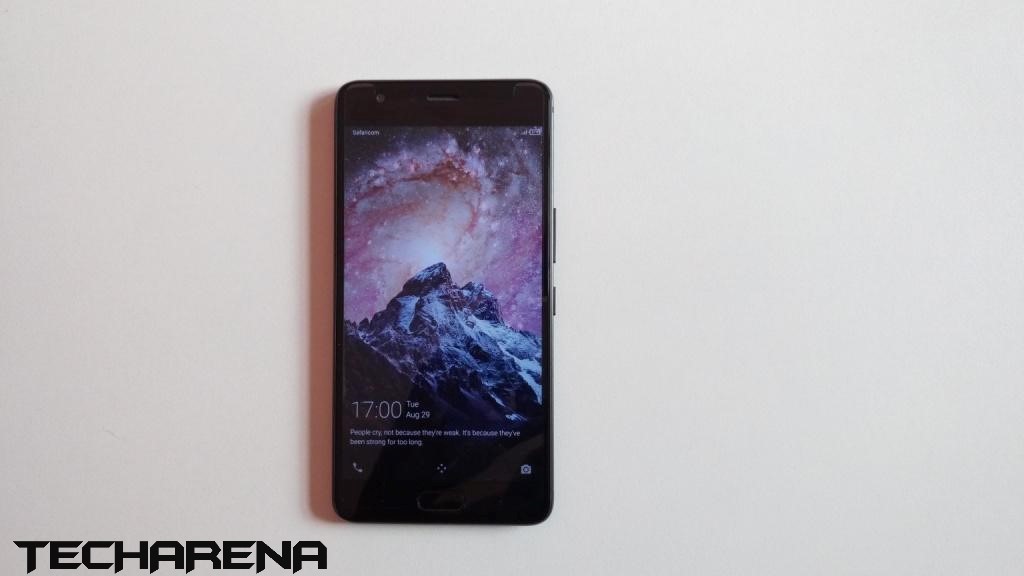 With the big size of the Infinix Note 4 Pro, the company has tried to make the volume and power buttons easy to access. They have been lowered a bit and are within reach even when using the phone with one hand. They are almost in the middle of the phone’s right section just below the Micro SD card slot. 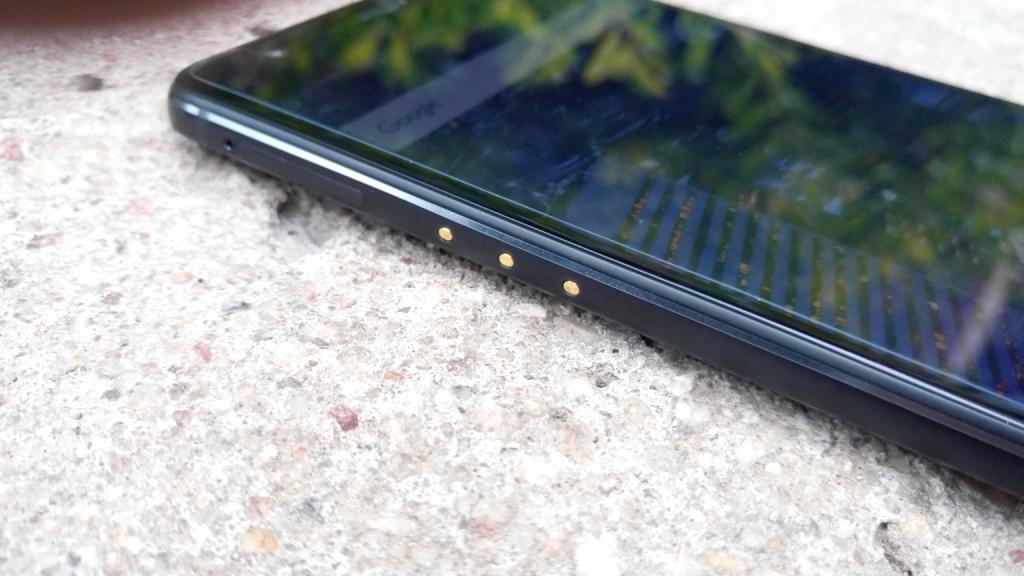 At the bottom of the phone is the Micro USB port with one speaker grille and speaker while at the top you get the 3.5 mm headphone jack.

In summary, I like the design of the Infinix Note 4 Pro. It is easy to carry around and does not feel cheap. Its build quality feels sturdy and even though I am yet to drop my review unit, I am pretty sure it will hold up when that happens.

The Infinix Note 4 Pro comes with a 5.7-inch IPS LCD display. This display has a resolution of 1080 x 1920 pixels and I find it perfect for its size. As expected, Infinix has used 2.5D glass on the Note 4 Pro that makes it look slightly better than most displays within this price range. 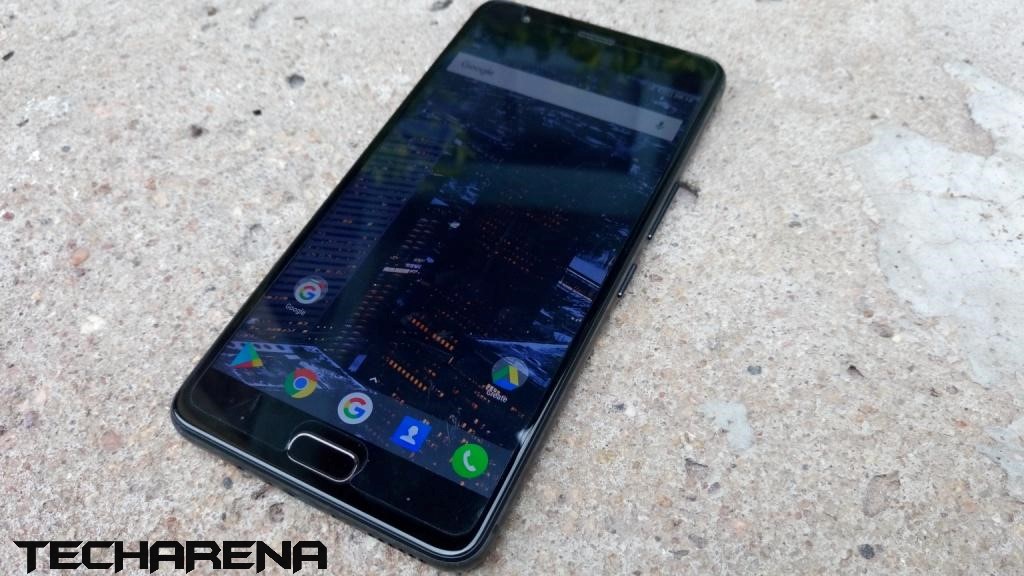 This display is very bright even when using it outdoors. It has adaptive brightness meaning that the screen’s brightness will automatically adjust based on the ambient light around you. With this, you do not have to keep adjusting the brightness manually when the light around you changes. I find this useful but it is still not as quick to do this most of the times. In most cases, when I take the phone out of my pocket, it takes a few more seconds to fully adjust to the ambient light around me. This is not a big deal but would have been better if it was quick as most other smartphones I have used.

That aside, this display is very responsive and I did not have any issues during the review period. This is important since it supports the use of a stylus pen and that experience would not have been that good if it was not very responsive. 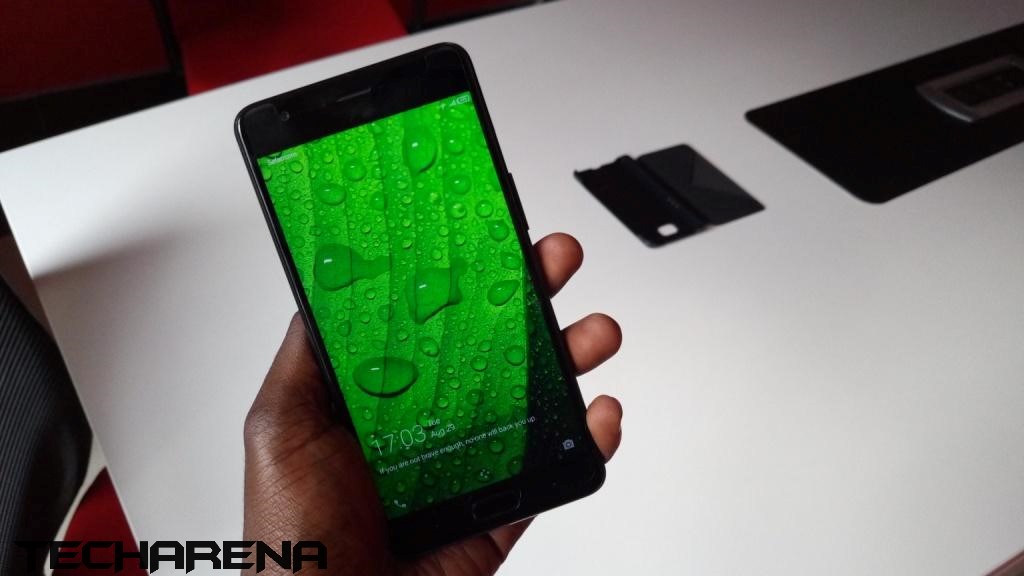 With a 5.7-inch display, the Infinix Note 4 Pro is perfect for media consumption and especially watching movies/videos, reading through different blogs or even writing blog posts. I have comfortably written a couple of blog posts on this phone and the experience was good. It is big enough to be comfortable and small enough to carry around.

The Infinix Note 4 Pro comes with XOS Chameleon version 2.3 straight out of the box. This is the company’s custom UI that is based on Android 7.0 Nougat. This is the same version you get on the standard Infinix Note 4. The experience with this software has been good so far, runs smoothly and does not feel heavy at all. Infinix says XOS 2.3 is tweaked to ensure improved performance and reduced battery consumption. This has been the case for me as the performance has not been an issue and battery consumption hasn’t been extreme. Even with that said, I still got issues with some apps crushing from time to time. This was especially so for Instagram. 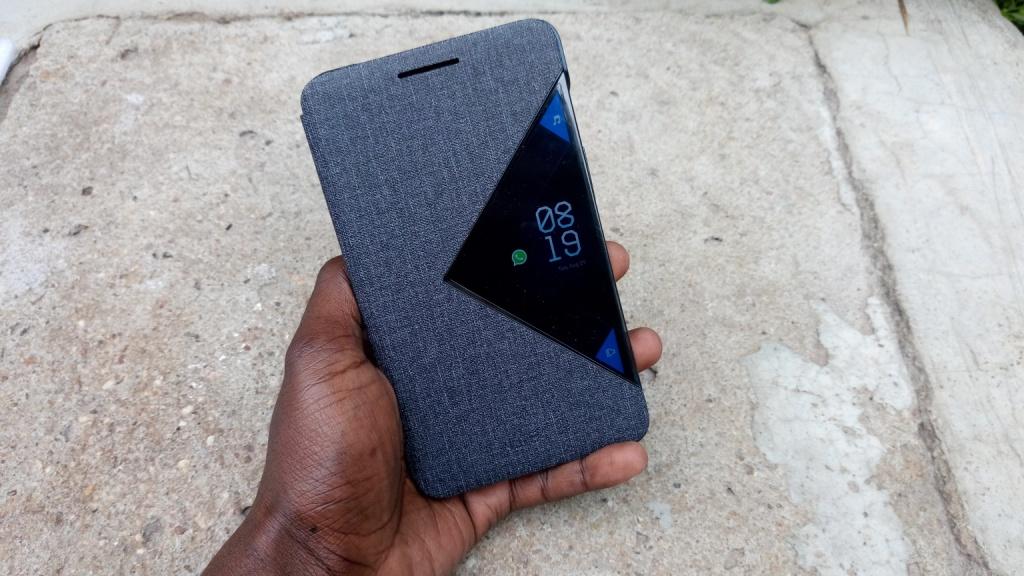 XOS Chameleon on the Infinix Note 4 Pro is paired with the 1.3GHz Octa-core MediaTek MT6753 processor, 3GB of RAM and 32GB of internal storage space. The processor used here is the same one on the standard Note 4 while the RAM has been bumped up from 2GB or 3GB. I did not have any serious issues with the Note 4 Pro and also noticed that it handled demanding applications without any problems. The 32GB of internal storage space is more than enough because the system takes about 8GB of that leaving you with about 24GB for you to use. If this is not enough, you still have the MicroSD card slot to expand the storage space.

For the GPU, the Infinix Note 4 Pro comes with the Mali T-720 GPU that did not present any issues. It handled every task as I expected them to during the review period.

The Infinix Note 4 Pro comes with the same cameras you will find on the standard Note 4. The back camera is a 13MP unit with dual LED flash while the front facing one is an 8MP one. 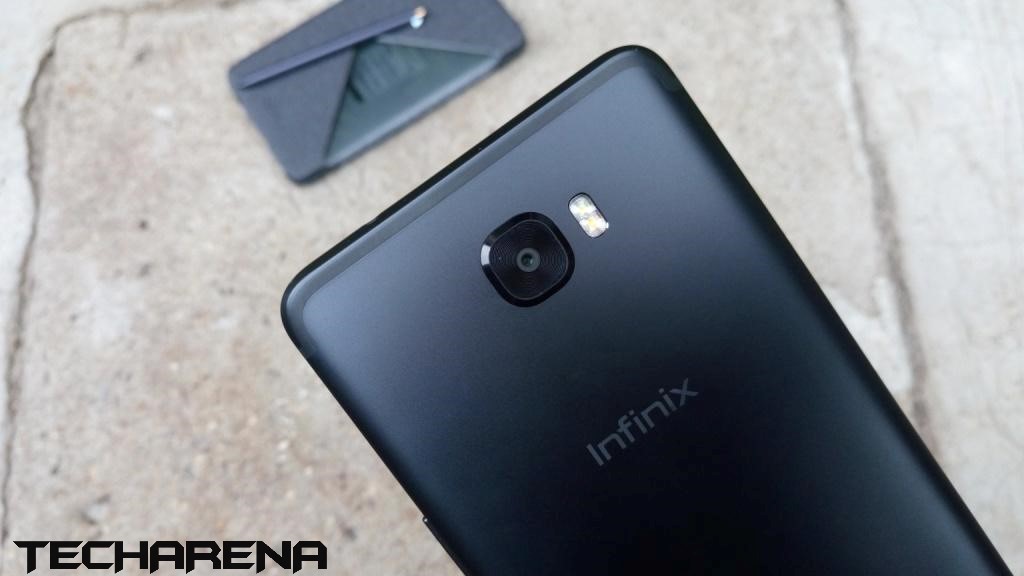 The 13MP camera on the back is as good as it gets. Outdoors or in good lighting it takes very good shots as you would expect. Great colour reproduction for a smartphone camera. When the lighting is not so good, you will notice that it struggles a bit.

The front facing camera also takes some good shots that are good enough to share with your friends. Of course, it is not the best selfie camera out there but it isn’t the worst. If you want a good selfie camera from Infinix, you should check out the S2 Pro that we reviewed a couple of months back.

The one thing Infinix Note devices are known for is the battery. These phablets come with very big batteries and the Note 4 Pro does not disappoint. It comes with a 4500 mAh unit that is bigger than the 4300 mAh unit on the standard Note 4.

I could get this battery to last for over a day and even two without any problems. If you are not a heavy user like me, you can squeeze a few more hours or even days with this phone. I am still impressed with this battery, it is perfect for you if you have been looking for a device with a battery that does not require you to charge it up after a few hours of using it. Speaking of charging, the Note 4 Pro supports XCharge (fast charging) which is a good addition for a smartphone with such a big battery. 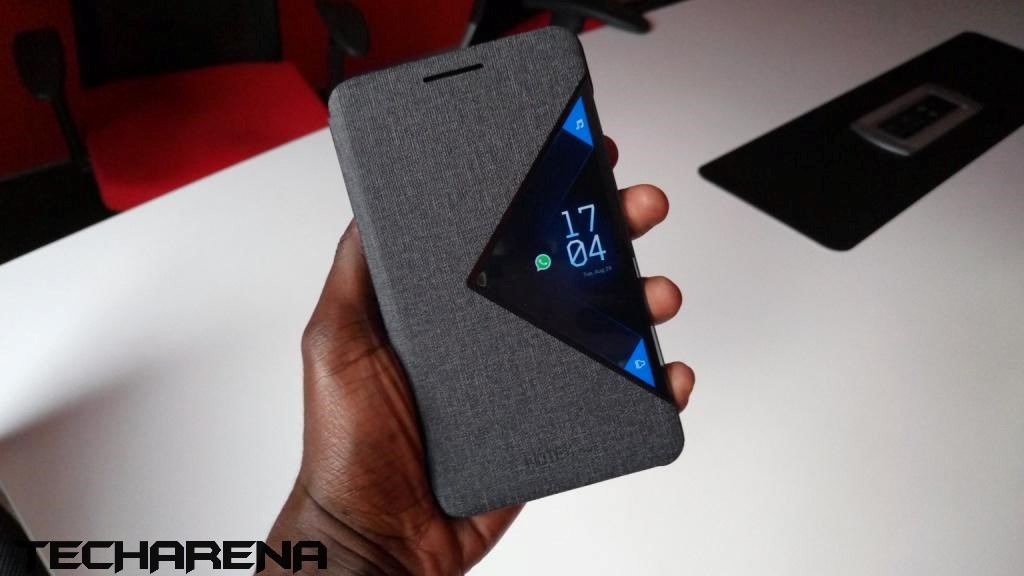 The Infinix Note 4 Pro is a decent phablet for those who want reliable performance for a reasonable price. Its biggest addition is the XPen that adds more functionality and lets you do more with your phone. The only issue I have with the XPen is the fact that it cannot be stored inside the phone, you need the flip cover for that. This means that you will be forced to carry the cover around if you want to use the pen. In the next device, I hope Infinix thinks of ways to do away with the cover and have the XPen fit inside the phone.

Besides the XPen, the Note 4 Pro is a really good phablet. It is well built and an upgrade compared to the Note 4. Its metallic back cover gives it a premium touch that many people will appreciate.

In the end, the Note 4 Pro isn’t that very different from the standard Note 4 from the internal specs. The two devices share most of these specs and except for small changes such as the RAM, battery etc, these devices are similar. If you need the extra RAM and battery capacity, you should consider getting yourself one.