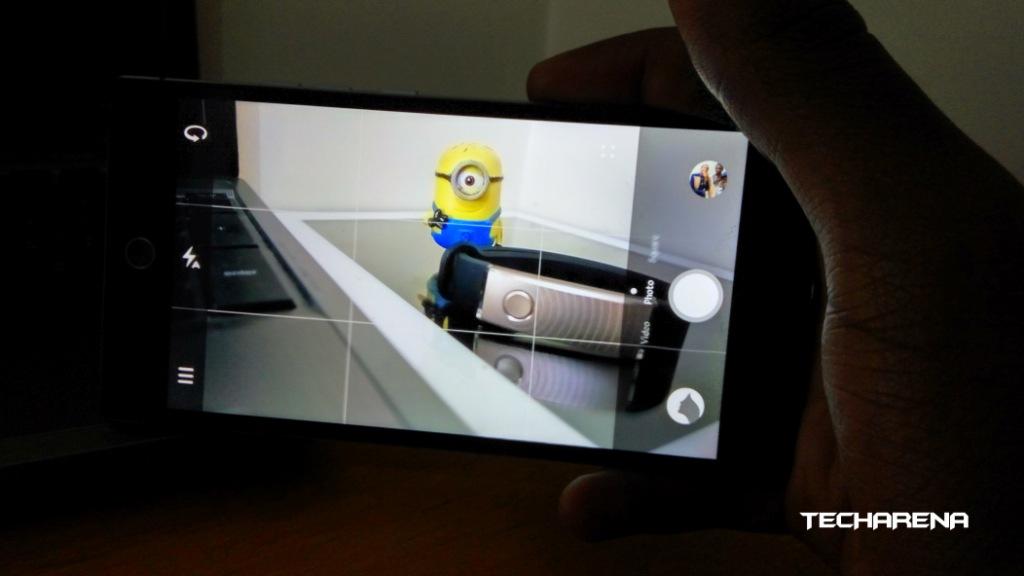 By now, you probably know about the Camon C9. We have a review of it right here but on this post, we will be putting our focus on the camera capabilities of the Camon C9.

The C9 has a 13MP selfie and 13MP main camera, and Tecno was bold enough to claim that this is the “best camera phone in Africa“. That was a bold statement, and it’s the reason we decided to have this feature focus. Will the Camon C9 hold up to the words of its creators or will it crumble down and bow to the competition? You won’t believe what the answer is.

This is probably the worst thing about the camera experience of the C9 (maybe that’s a little harsh, but…) The C9’s camera app sort of looks like the iPhone’s app, I have nothing against this, but I wish they included manual controls within the app. The app is so plain, it does not match the vibe of C9 being a camera phone.

Regardless of its shortfalls, the app has various shooting modes, such as night mode, slow motion, panorama and a watermark mode that adds a “Camon C9” watermark on your photos. You can swipe up or down to change the camera to either video or square (for Instagram photos). On the other end, we have three buttons, one to swap between then selfie and main camera, the other controls the flash settings and the last button is a hamburger menu that lets you turn on various features such as HDR, gesture shots among others. Both the selfie camera and main camera have the option to turn on beauty effect, I don’t like either coz it makes everything look fake. That’s all there is to say about the camera app, it isn’t pleasing neither is it of a camera phone standard but it gets the job done.

The main camera takes more than pleasing shots, unbelievably, the low light shots look slightly better than daytime shots. I will not dilute anything by writing too much, I will just present you with photos shot on the glorious Camon C9. 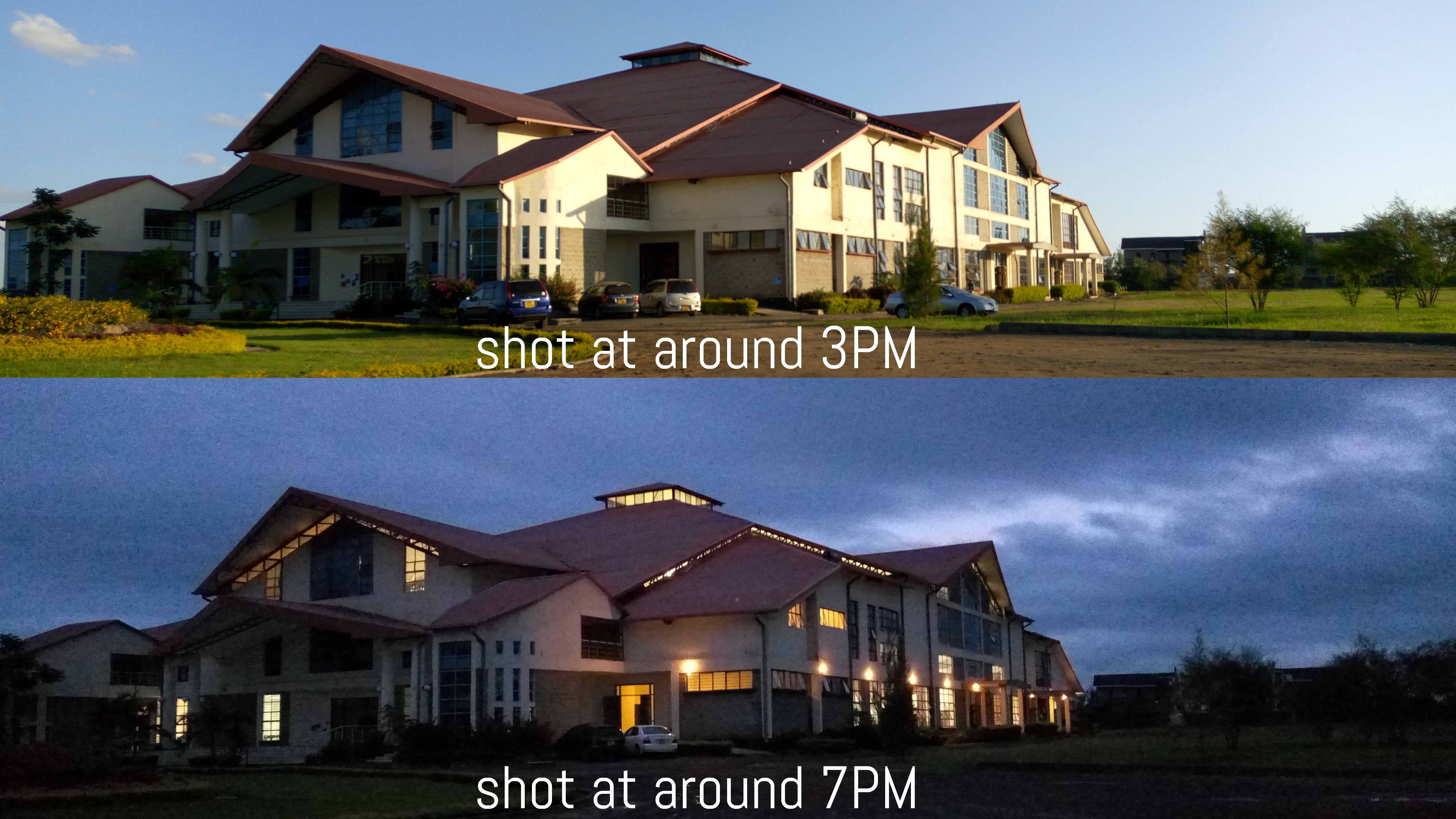 Seeing how the C9 was performing, I decided to put it up against some of the best camera phones of the past years and I must say the C9 did not disappoint – outperforming some “big” brands like a BOSS!

Look at the images below: 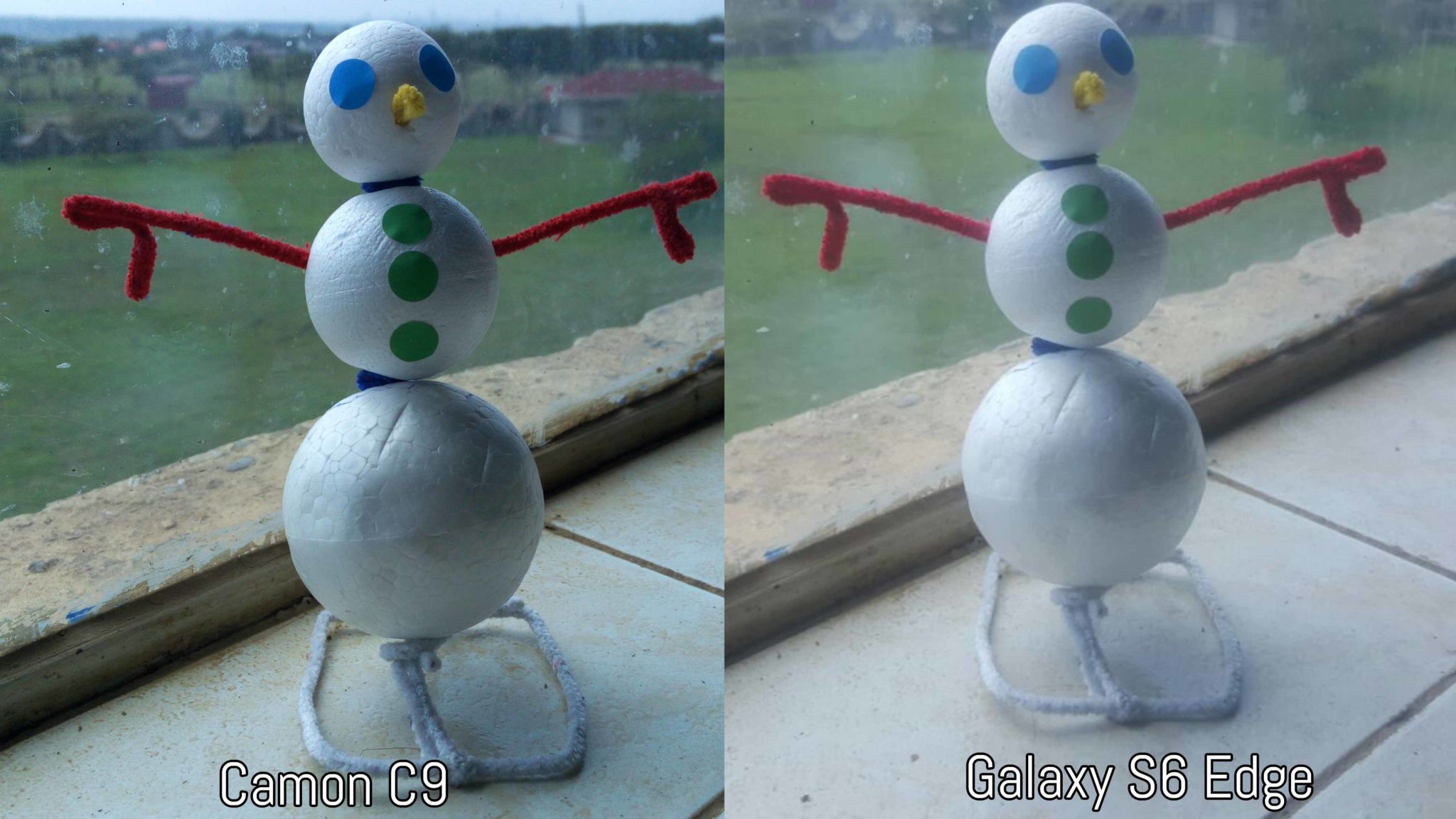 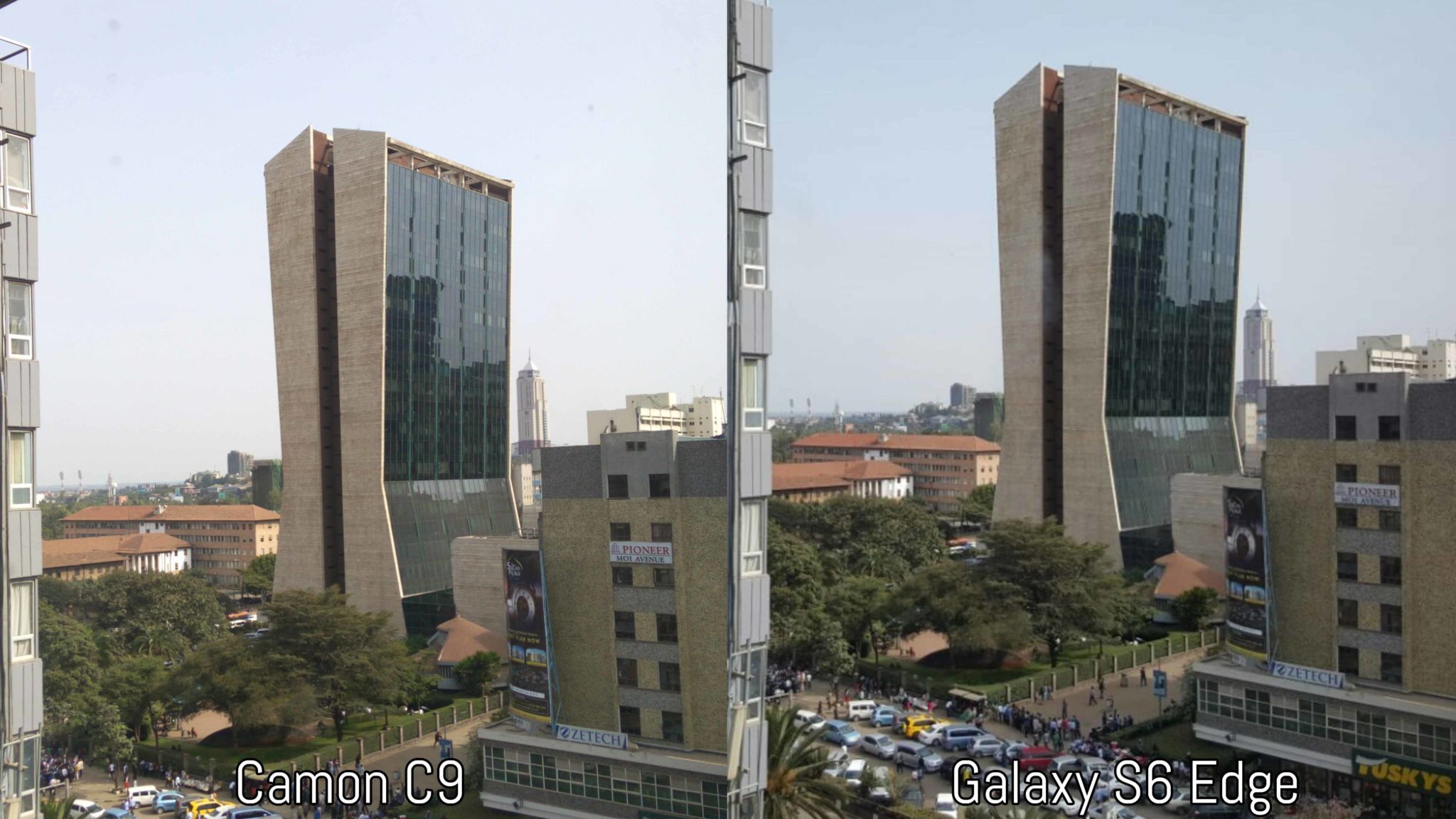 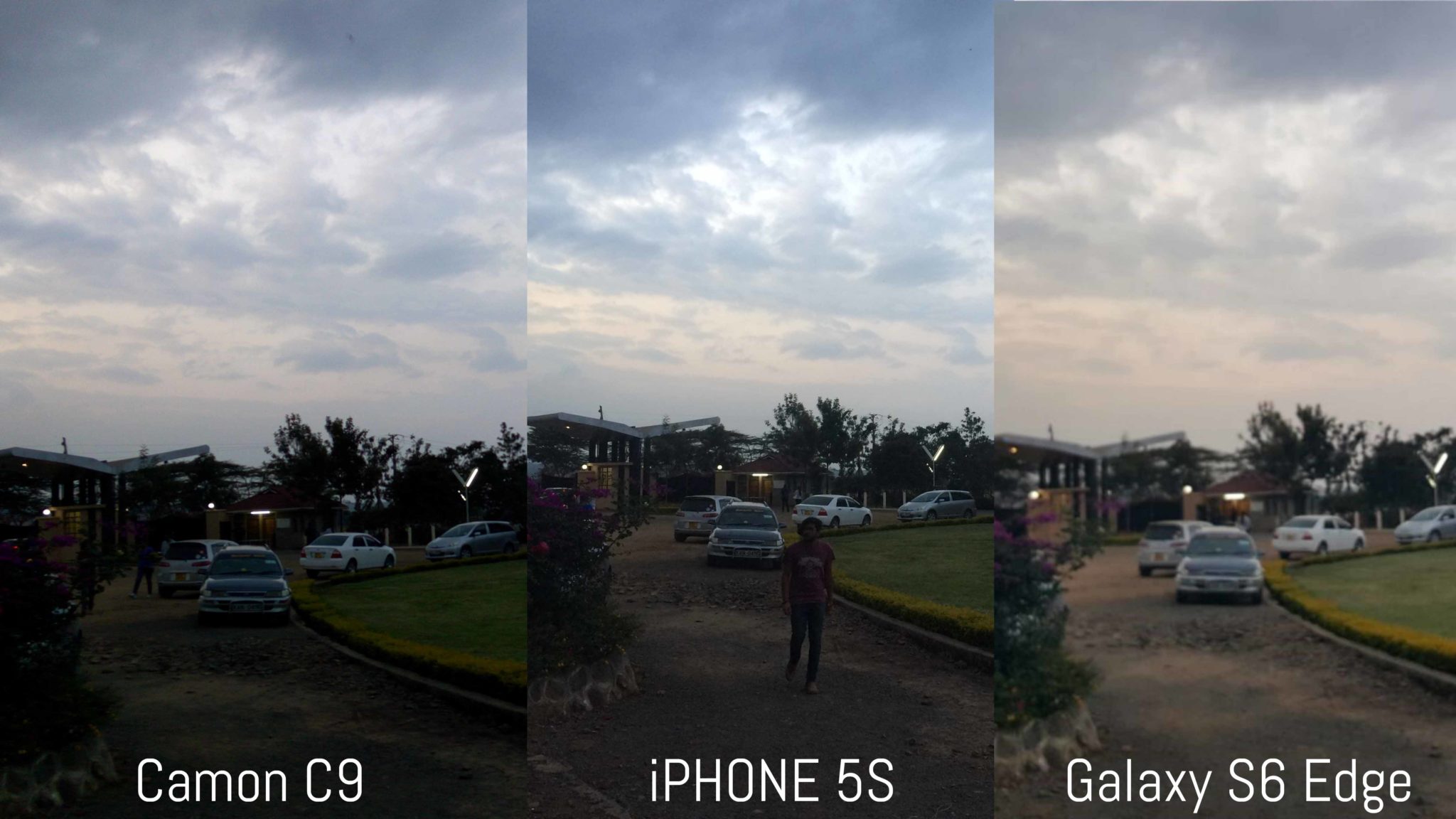 The Camon C9 performs better than I expected, especially when it comes to low-light shots. Ofcourse there are instances the other high-end devices produced better looking shots but the C9 was not left behind that much.

With a 13MP shooter at the front, I did not expect anything less than “perfect” from the C9’s camera. In broad daylight, the C9 would perform so well, every selfie was a delight to look at.
But when the lights go down, so does the quality. There is a lot of digital noise and when you’re in a completely dark place, even turning on the front flash won’t help. Unfortunately I cannot share any photos where front flash was off as I could not be seen, at all (and no, I am not that dark). Despite this small downfall, the C9 still prodiced better looking low-light selfies than most devices I have reviewed. 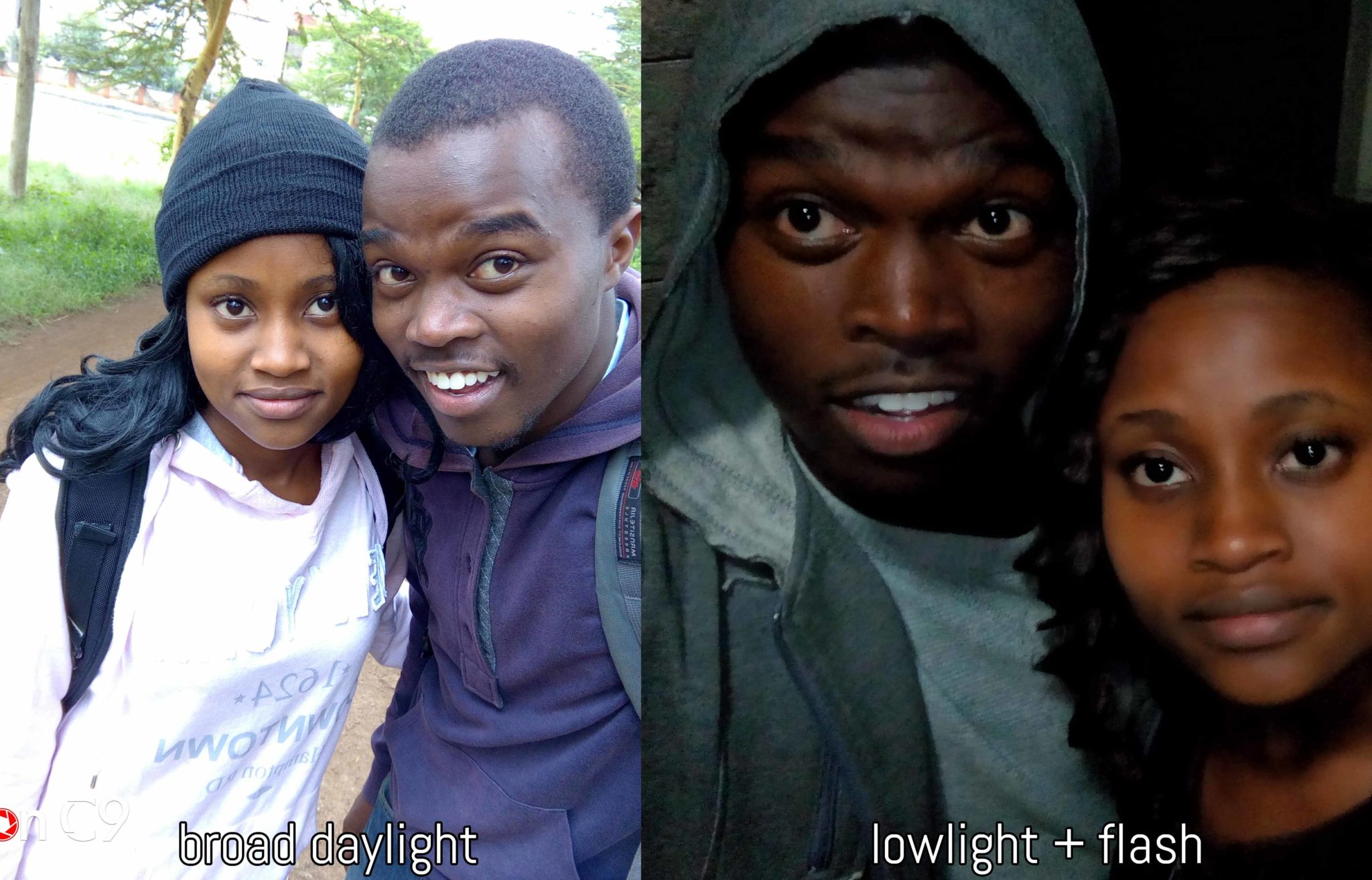 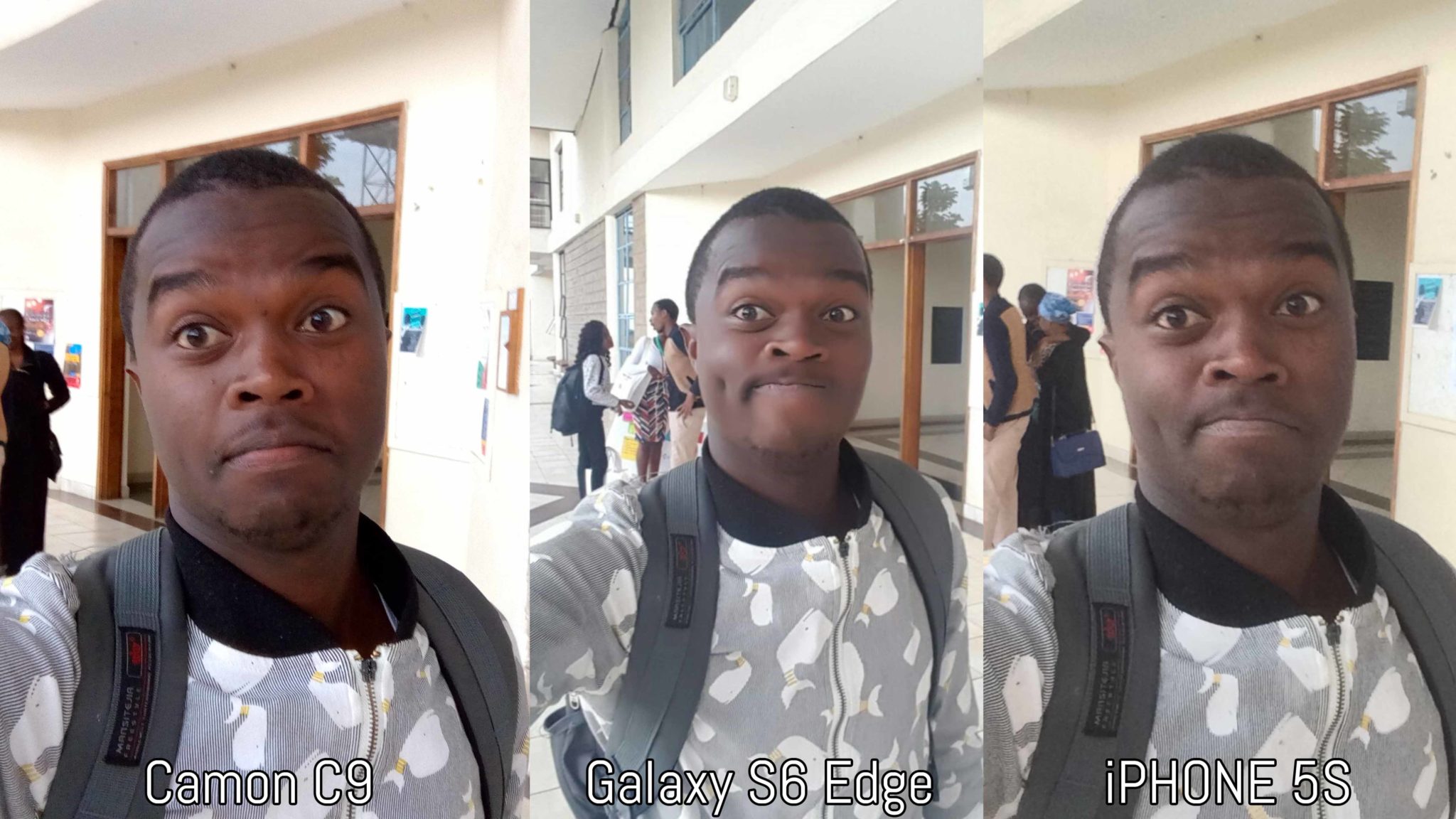 Is the Camon C9 really the best camera phone in Africa? Well, I only compared it to the Samsung Galaxy S6 Edge and iPhone 5s and it seems to keep up with the competition. But then again we have 2016 devices such as Huawei P9, LG G5 and Samsung Galaxy S7 that would most likely put the Camon C9 to shame.
Don’t get me wrong, the Camon C9 has the best camera phone Tecno have ever produced, and I would easily recommend it to anyone who wishes to own a device that not only takes great photos and selfies but looks great doing it.
Before I say goodbye, I will leave you with a sample of what the Camon C9 does best, Beauty Plus feature. Ladies, the Camon C9 was built for you. 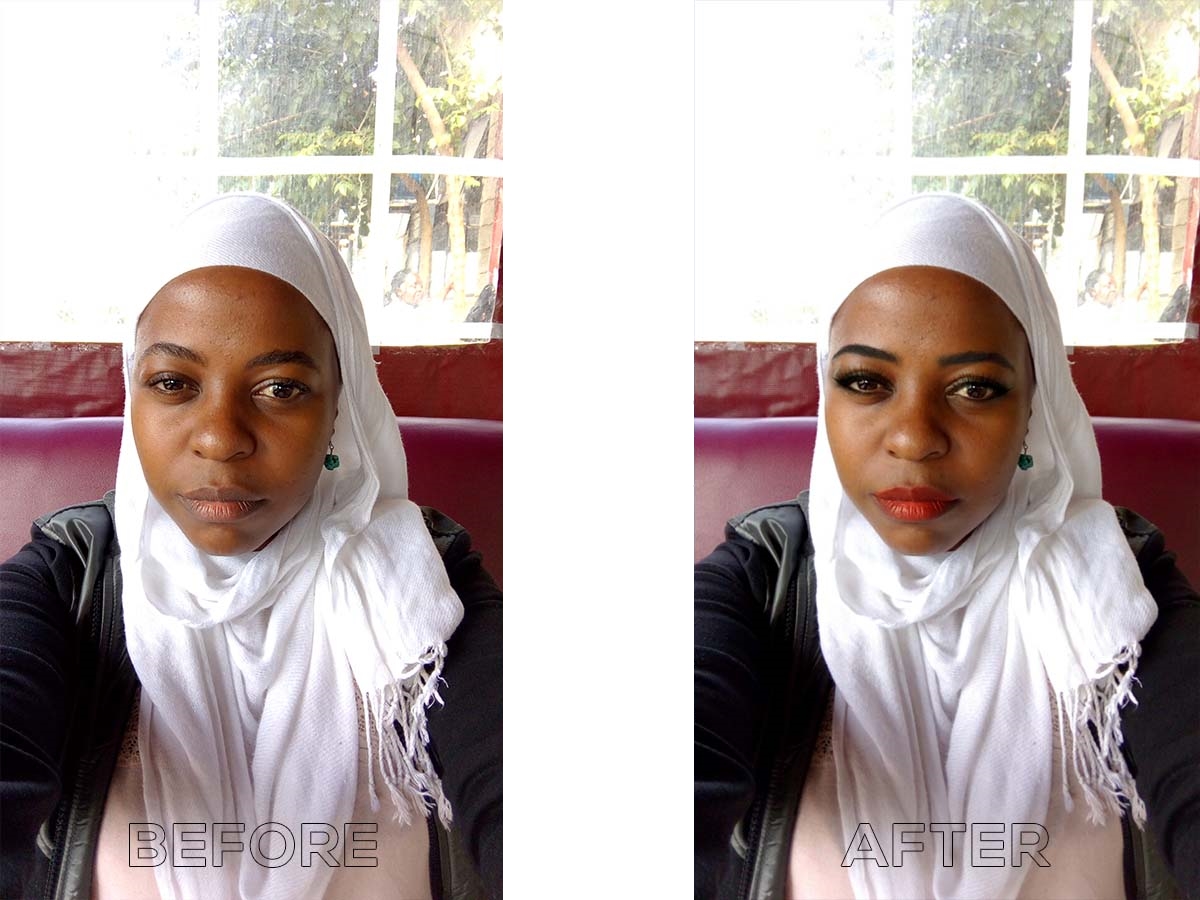 (Beauty Plus allows you to add make up to your face after taking a selfie, if you couldn’t guess from the picture)

If you’re looking for a great camera phone that will not leave you in debt or betting your school fees (or salary) on football just to pay for it, then the Tecno Camon C9 is the device for you. What do you guys think? Would you buy the C9 because of its camera?

To see more images shot on the Camon C9, checkout our Instagram page and give us a follow!