Samsung unveils the Galaxy A9 Pro with 4GB RAM, 6 inch display and a 5,000mAh battery 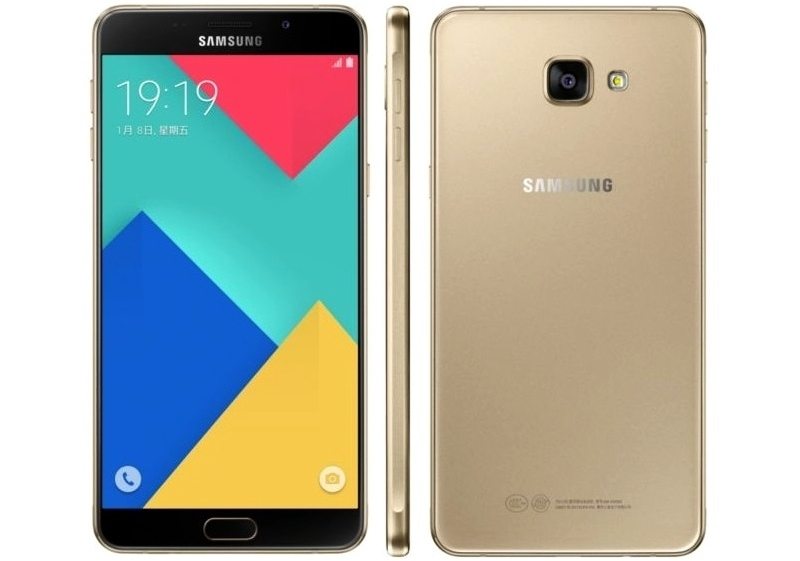 After weeks of leaks and rumors, Samsung has finally unveiled the Galaxy A9 Pro to the world. We first started hearing about this smartphone at the beginning of the year. We then saw numerous leaks suggesting some of the features it was to come with and the last one was at the beginning of this month when it was certified by Tenaa.

Read: The Samsung Galaxy A9 Pro has been certified by Tenaa, expect its unveiling anytime soon

The Samsung Galaxy A9 Pro has just been announced in China and there is still no info if it will be available in other markets. This phones comes into the market to act as a substitute for those who do not want to get the original Galaxy A9 launched late last year.

Some of the features the Samsung Galaxy A9 Pro comes with include a massive 6.0 inch Super AMOLED display with a resolution of 1920 x 1080 pixels. The phone is powered by a 1.8 GHz Octa-core Qualcomm Snapdragon 652 processor paired with 4GB of RAM and 32GB of internal storage space. This space can be expanded further using a microSD card. As you can see, the A9 Pro is a bit upgraded when compared to the original Galaxy A9.

The camera of the Samsung Galaxy A9 Pro is also slightly upgraded from 13MP on the original A9 to 16MP now. The front facing camera is the same 8MP one found on the Galaxy A9. This is perfect for all your selfies and video calls.

If you are true Android enthusiast, you will appreciate that the Galaxy A9 Pro comes with Android 6.0.1 Marshmallow out of the box with TouchWiz UI on top. For the battery, this phone comes with a 5,000 mAh unit which am very sure can get you through your whole day with moderate usage. This battery supports fast charging.

A few extra features of the Galaxy A9 Pro include a dual SIM support with the hybrid SIM slot which can replace the second SIM with a microSD card. This is similar to what the company used on its 2016 flagship, the Galaxy S7.

Read: The Samsung Galaxy A9 with A 4,000mah Battery and A 6-Inch Screen Has Officially Been Launched