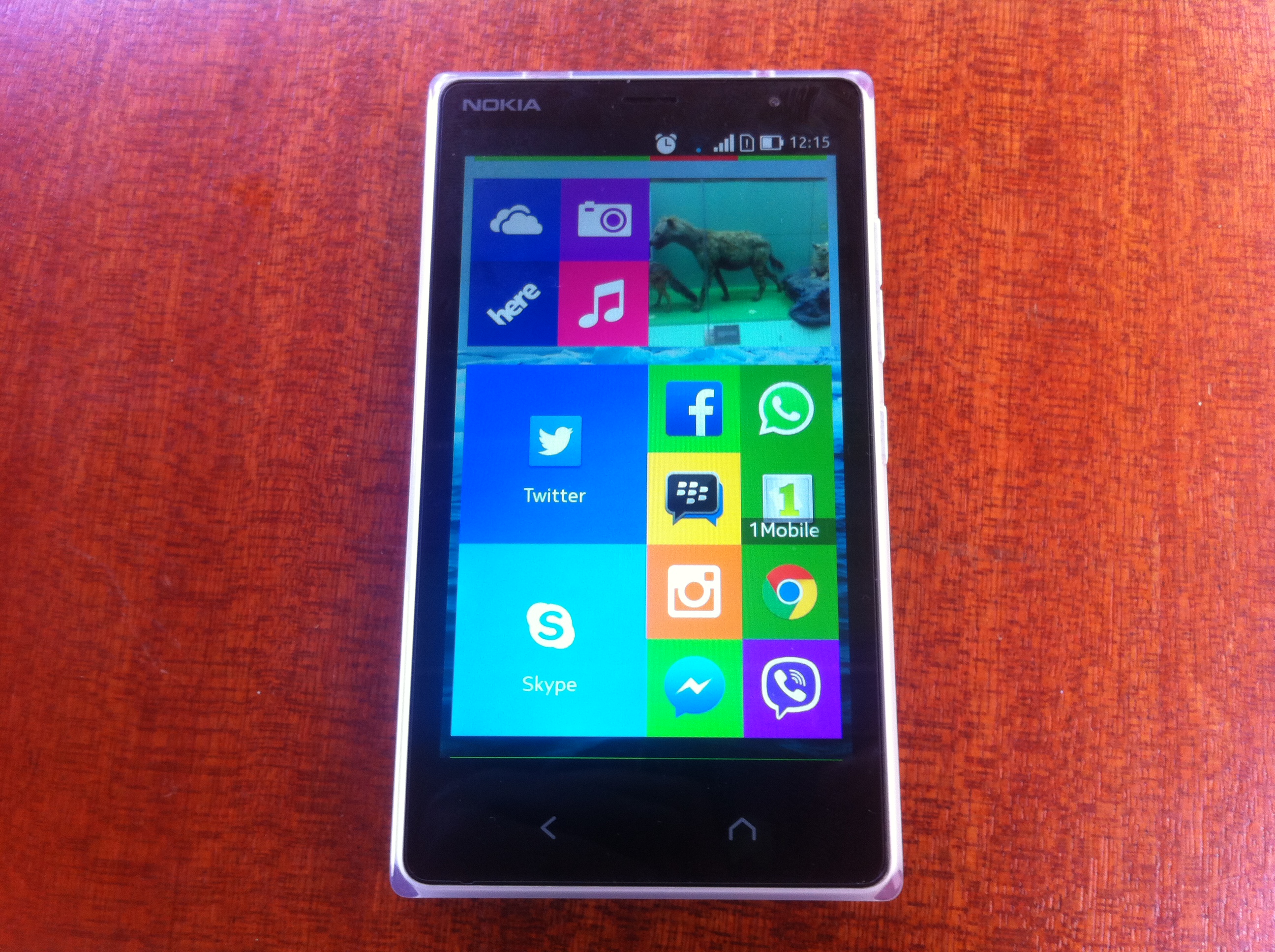 When Nokia unveiled its first Android powered Smartphone, the Nokia X, I was not sure what to make of it. On one part I was excited about the device and on the other part I was confused as to why Nokia made this decision. I was not sure how the Nokia X was going to help the company or if it had any chance of success in the market. Nokia went ahead with the first generation Nokia X which was received well and the company decided to come back with the second generation, the Nokia X2.

The Nokia X2 was announced in June this year and was available in Kenya by the end of August. It is currently retailing at Kshs 13,500. This review will focus on the Nokia X2 detailing both the good and the bad. Let’s get started. 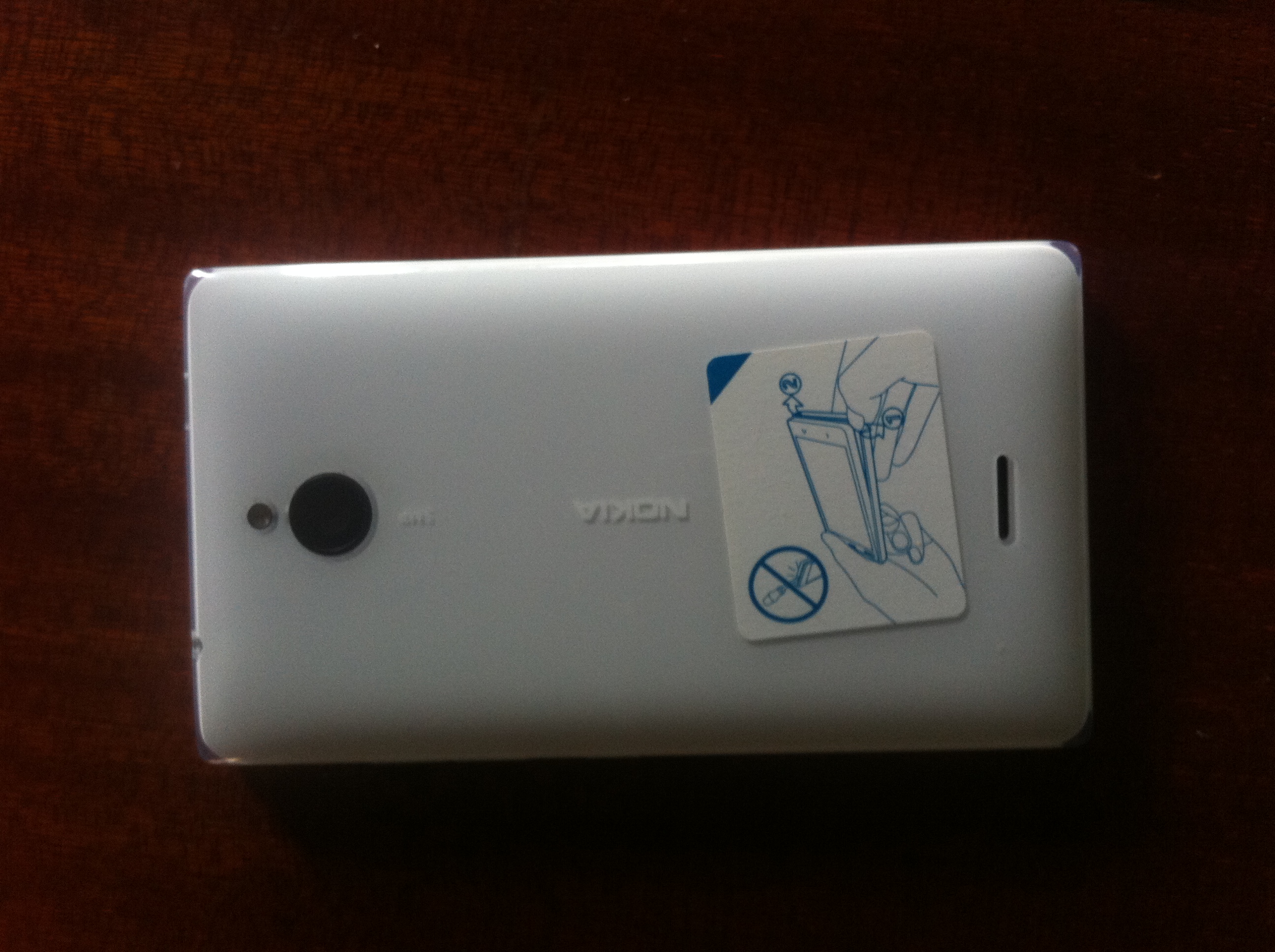 The Nokia X2 is a dual SIM Smartphone that falls somewhere between an entry level and a mid-range Smartphone. To be precise, it falls in the lower mid-range category. That said, the phone has a solid build quality (made using a translucent layer) that looks and feels good.  Nokia has never compromised on the design quality and the Nokia X2 confirms this. The back cover feels solid and does not slide when you hold it and the slightly curved edges make it easier to hold the phone. The back cover is slightly curved so the phone sits perfectly on your hands. This design looks and feels better compared to other phones on the same price range. The phone is not that big and I operated it using my left hand most of the times. I may have big hands but even some of my friends who have smaller hands did not have any problems using this phone with one hand. 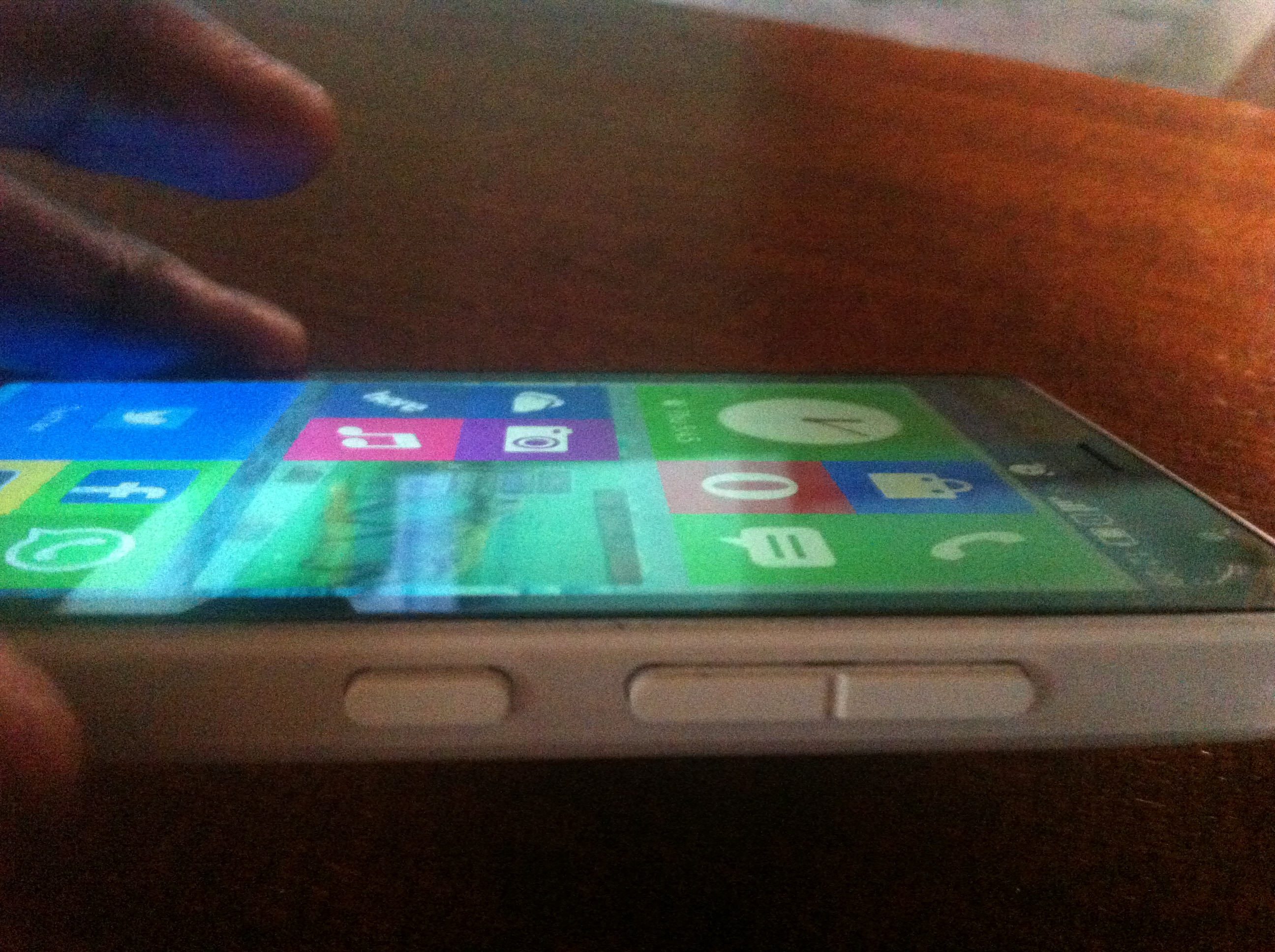 Nokia went with a minimalistic design for the button and port layout. The power button and the volume keys are located on the right side when you place the phone in the normal position. This means that you will find it easier to switch it on/off and wake it up from sleep mode using your left hand. Both the volume and power buttons protrude slightly making it easier for you to access them when not looking at the phone directly. At the top, there is the headphone jack and the microUSB port for charging or transferring files. I found the headphone jack in this position to be perfect as I could listen to music without any problems.

The Nokia X2 has a 4.3-inch IPS LCD display that makes it the right size for most people. It is neither too big nor too small. It comes with a resolution of 480 x 800 pixels that gives it a pixel density of 217 ppi. With the Nokia X2, you will get the latest ClearBlack polarization technology from Nokia that makes the outdoor viewing experience great. The screen is so clear that at most times I had the brightness levels below 10% and I could still use the phone with no issues. Under direct sunlight, I had to switch up the brightness but I rarely had it above 70%. This was quite good for me I as I was able to save on battery. 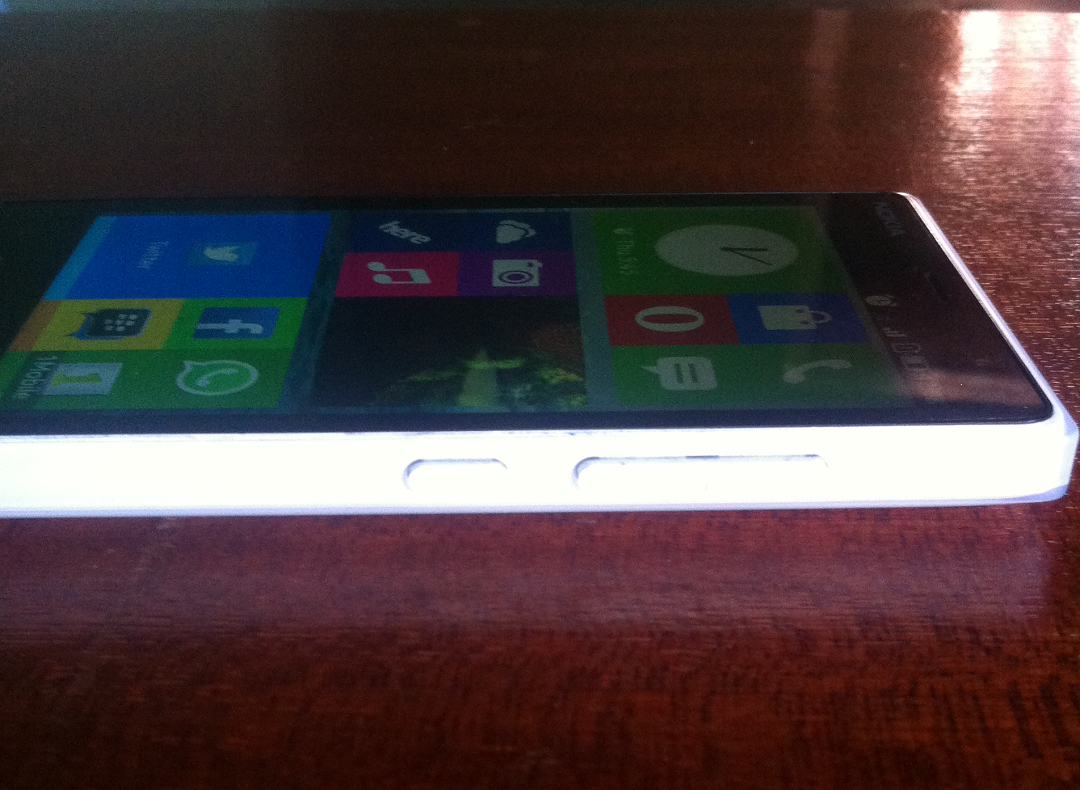 Viewing from the side

Viewing angles were great and I could clearly see the screen even when I tilted the phone slightly. Am not saying that the viewing angles are as great as those seen on flagships such as the Lumia 930 but that are better than other phones in the same price range. I definitely have nothing to complain about this phone’s screen. The display is made using scratch resistant glass and you can easily wake it up by double tapping. It also has Nokia’s glance screen meaning that you can see all your basic notifications without back lighting.

Nokia did not compromise on the specifications of this Smartphone. The phone has some decent specs for the normal user. It is powered by a dual-core (Qualcomm Snapdragon 200) Cortex-A7 processor that clocks at 1.2 GHz. It also has the Adreno 305 GPU that is capable of running normal graphics games but you may have some issues when running heavy graphics. Am not a gamer so I did not run any graphics demanding games but the ones I played (candy crush to be precise) did not have any problems.

This phone has 1GB of RAM and 4GB of internal storage space that can be expanded up to 32GB. I have to say the 4GB of storage space was disappointing because after you factor in the amount of space taken by the OS and other essential apps, you will be left with very little space to use. You will be forced to get a microSD card to get extra storage space.  You also have 7GB free OneDrive storage if you need any more storage space. 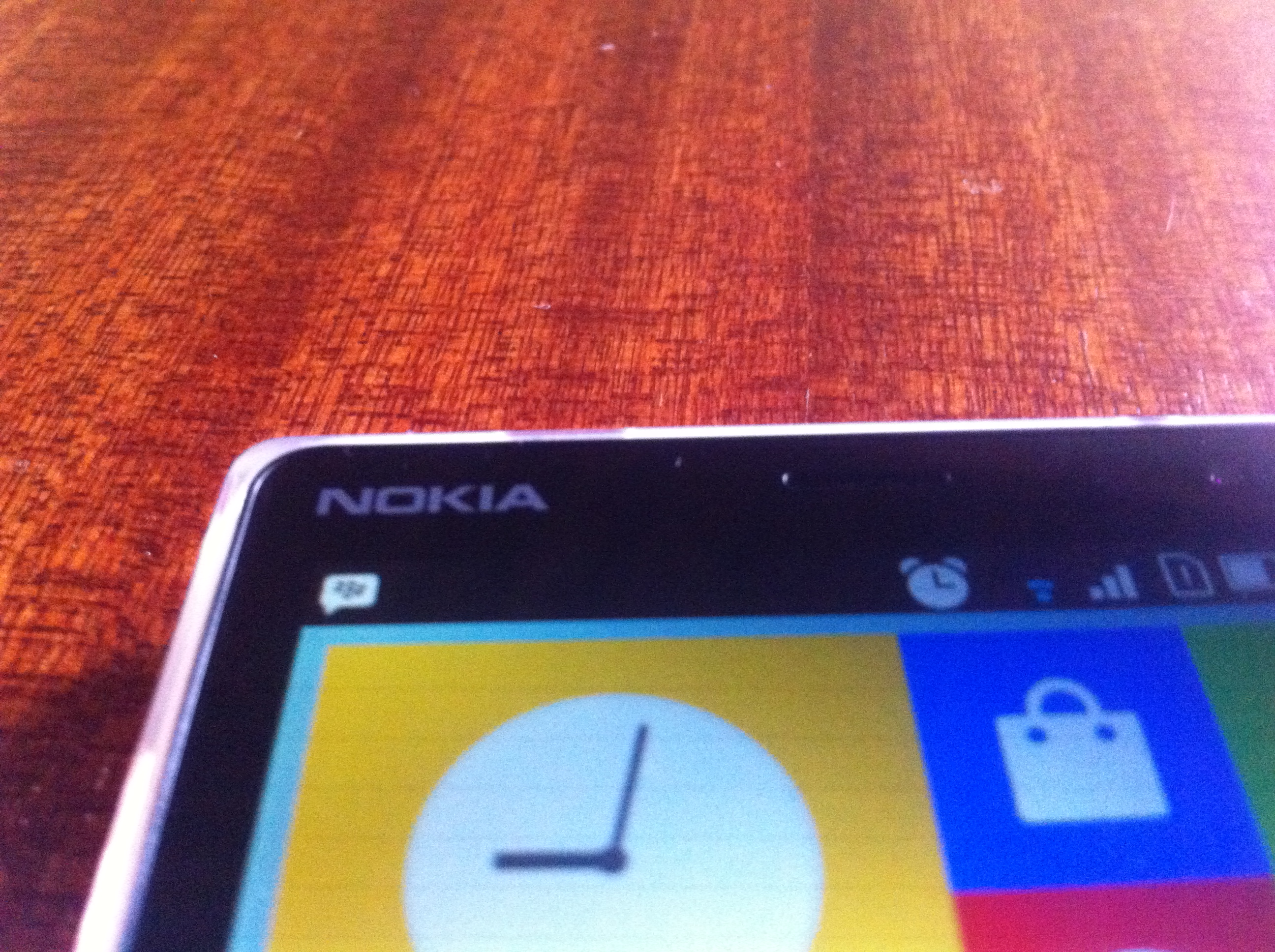 Performance-wise, this phone was very impressive as I never experienced any lag. The phone handles my day-to-day tasks with ease and no lag at all. Apps open very fast and switching from one app to the other is quick and easy.

The Nokia X2 packs a Li-Ion 1800 mAh battery. On paper, this is a low capacity battery but I could easily get over 10 hours of screen time after a normal day of usage. For me a normal day involves quite a lot and includes reading and replying emails, social media (tweeting, chatting, et all), playing games a little bit, reading blogs and news sites, making a few phone calls and replying to messages, listening to music, among other light activities. Keep in mind that I had the brightness levels below 10% most of the time so that I why I was able to get good battery life. 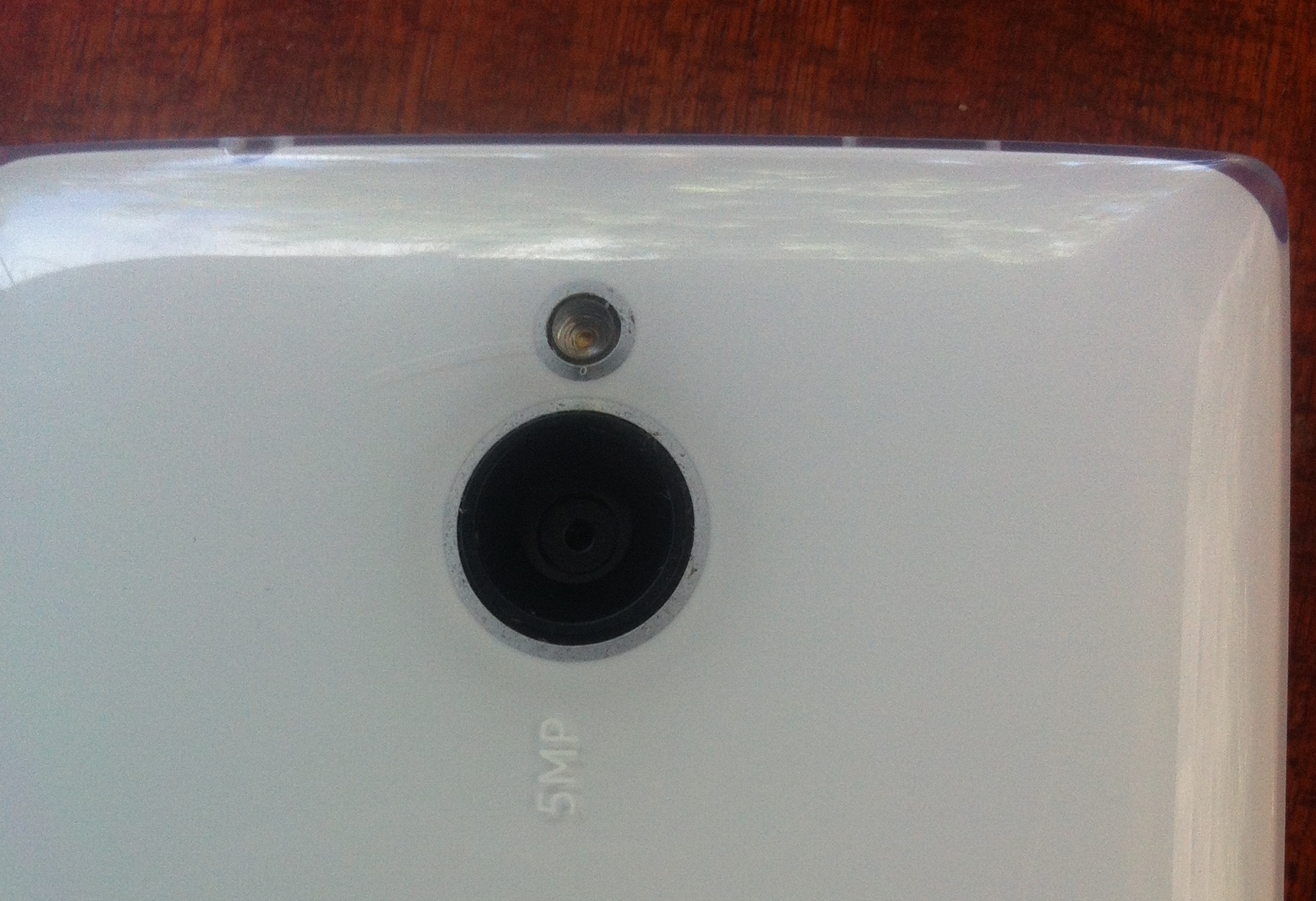 For a long time, Nokia has had phones with impressive cameras. Nokia started focusing on mobile phone camera a long time ago when other manufacturers were focusing on aesthetics and other features.  With the Nokia X2, you will be getting a 5 MP rear-facing camera with LED flash and a 0.3MP VGA shooter in the front. The camera has a clean interface making it easier to use even for inexperienced photographers like me. With the 5MP back camera, I was able to take very clear photos and videos. The availability of LED flash made it even better in the dark. The 0.3MP front facing camera is what will disappoint you especially in low lighting conditions.

There is a ‘self portrait’ feature that will save you the trouble of taking low quality photos with the front facing camera. What this feature does is it allows you to easily take self-portraits (selfies) with the back camera. This means clear photos even in low light areas.

As I have pointed out before, the Nokia X2 camera software has a minimalistic interface making it perfect for anyone. You do not need advanced photography skills and understanding to know what buttons to press to get the feature you want. I actually figured out the camera and all its features in less than 1 hour.

This is the part that most people were interested in when Nokia announced this phone. Well, maybe not most people, but I certainly did. The Nokia X2 runs Android 4.3 Jelly Bean on top of Nokia X platform 2.0 UI. This gives it a Windows Phone tile based feel and touch. This platform is made up of three home screens with one for viewing recent apps the other has the main screen (the screen you get every time you switch on the phone) and the last one for navigating through your installed apps and content.

You will not be getting Google services with this platform and you will have to use Microsoft’s instead. I have no complaints with this as I could easily get the Google services that I wanted. You can also change the size and colour of the tiles if you want to personalize your phone.

My experience with the Nokia X2 was great. From the design to the software, I was very impressed for a phone in its price range. It is very nice to see Nokia try something new on Android even though the company discontinued these devices. The phone is light to hold and fits perfectly on the hands making it perfect to use on any situation. The display has vivid colours that make it easier to use even under direct sunlight. I was even able to read under direct sunlight even with the brightness level at around 70%. This is very impressive for Nokia. The camera at the back was as I wanted it. It was simple to use and took great photos and videos.

The Nokia X2 retails at Kshs 13,500 and I would recommend it if you can afford. This phone is perfect for those moving from entry level Android Smartphones as it is a lower mid-range Smartphone itself. It is also perfect to anyone who wants to experience the Windows Phone platform without necessarily getting a Lumia Smartphone. You can pick it up from any Nokia shop or from the many Smartphone shops around the country.