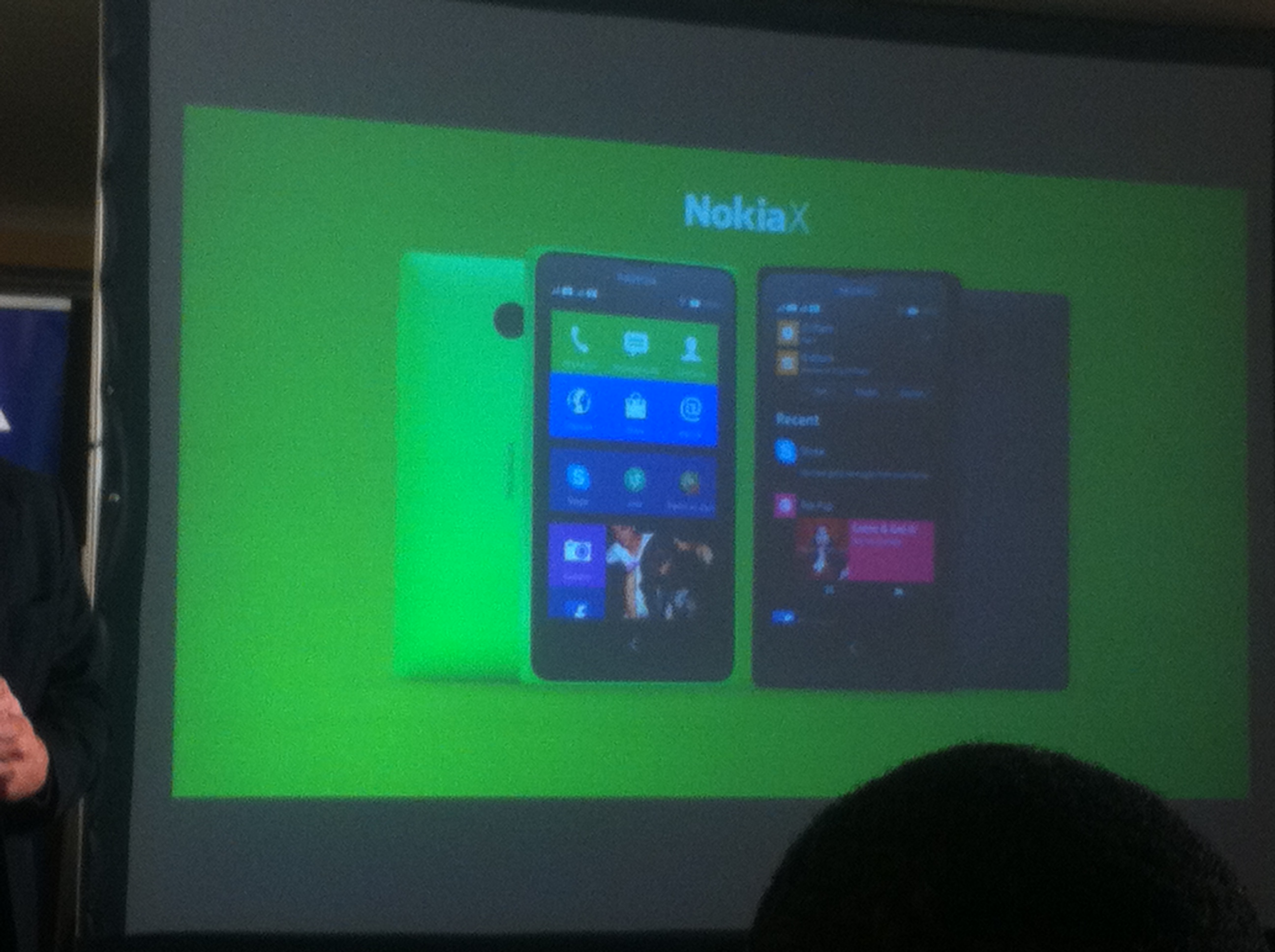 Nokia’s first Android Smartphones (Nokia X, Nokia X+ and Nokia XL) were first unveiled to the world late last month at Mobile World Congress with a specific focus on emerging markets. The phones feature some decent specs that are almost right for their entry level prices.

In a media event held today, Nokia unveiled only the Nokia X with the promise of unveiling the other two variants in a few months.  During the event, Nokia said that they currently control about 10% of kenyan’s mobile phone market share thanks to the success of their Lumia devices.

The Nokia X is a dual-sim Smartphone with a 4 inch WVGA (480 X 800p) screen.  It is powered by a 1GHz Qualcomm Snapdragon processor with 512MB of RAM. 4GB of storage space comes standard with a microSD card slot that can provide extra storage space for up to 32GB.

The phone runs a tweaked Android version referred to as Nokia X software and will come preloaded with a few Nokia apps such as Facebook, Twitter, Vine, Skype, BBM, Viber, among others. The Android OS is tweaked and customized to feature the tile centric design synonymous with Windows Phone.

The Nokia X will also have a 3MP camera (with no flash) at the back with a 1,500mAh removable battery.

There will be a launch offer of 1 month free calls to landline and mobile on Skype and 10gb free of cloud storage.

The Nokia X will be available as from next week for kshs. 12499.