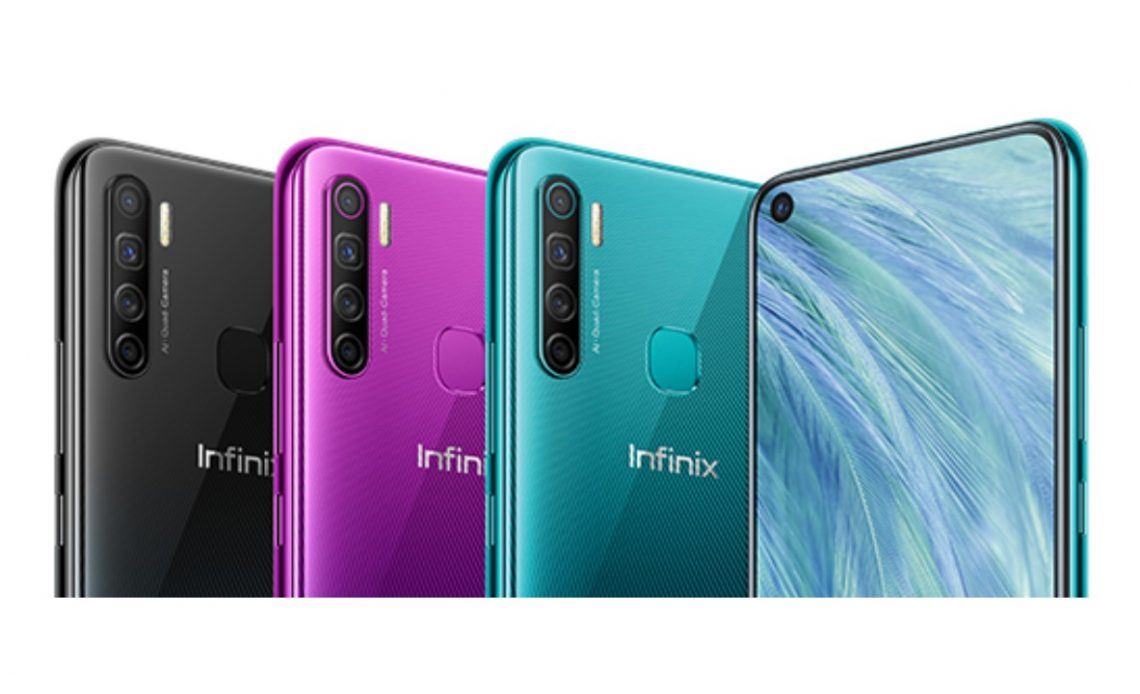 Yesterday, Infinix unveiled its latest smartphone, the Infinix S5. The phone was unveiled in Nigeria and is not available in Kenya yet. This is the successor to the Infinix S4 that we reviewed not so long ago and they fall under its S series which started as a selfie-centric line but is right now a camera-centric line.

We first heard about the Infinix S5 back in October but we did not have all the details in terms of specifications until now. The company has not been generous with information but that has never stopped us from finding more information about it.

The Infinix S5 stands out as being the first smartphone from the company to come with a punch-hole display, something we see a lot on most flagship smartphones from Samsung. The main reason for the punch hole is to house the front-facing camera and eliminate the notch that not everyone likes. Some people say the punch hole looks much better but to me it does not. It just looks like any other kind of distraction but they are here and I have to live with them.

The Infinix S5 has a 32MP front-facing camera that sounds promising but all the other specs are pretty standard. It has a 6.6-inch HD+ display, 4AI cameras at the back, 2GHz processor, 4000 mAh battery just to name a few. It also comes with Android 9 Pie, maybe their software guys did not get the memo that we are in 2019 and Android 10 is already out.

Below is a look at these specifications.

The Infinix S5 price is unknown but the S4 was available for around Ksh 17,000 and its successor might be around the same range. We will know more when the phone is officially launched in Kenya before the end of the year.