Samsung Unveils the Galaxy Tab A (2016) with S-Pen Support 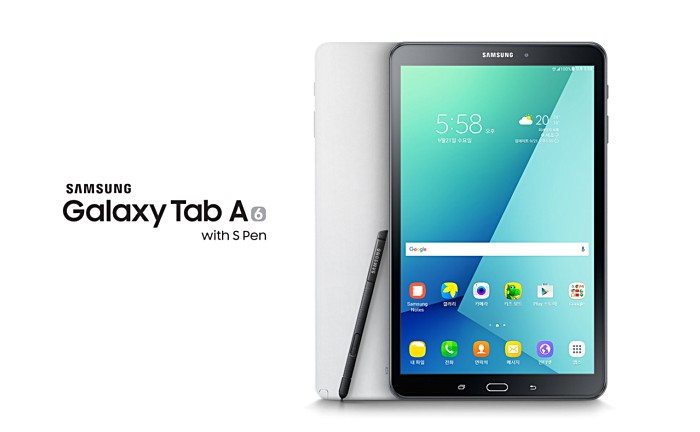 Samsung seems to be the only company that is pushing support for stylus pens to both smartphones and tablet users. The company already has the very popular Galaxy Note series that is known for its S-Pen stylus.

Besides the Galaxy Note, the company has a new tablet that support the S-Pen. This tablet is the Galaxy Tab A (2016 and was announced a few hours ago and is the latest tablet from the company that comes a little over a month after it unveiled yet another tablet, the Galaxy Tab J. The Galaxy Tab J was an entry level tablet but the Tab A is geared more to seasoned users.

From the specs, the Galaxy Tab A (2016) is clearly a beast that will not disappoint. It comes with a 10.1-inch display with a resolution 1920 x 1200 pixels. Powering it is a 1.6 GHz octa-core processor paired with 3GB of RAM and 32GB of internal storage space. We have seen 3GB of RAM on a good number of smartphones and it looks like tablets are finally catching up.

As expected, the tablet comes with Android 6.0 Marshmallow out of the box, no news if it will be getting Android Nougat. Besides the OS, this tablet supports 4G LTE which is a nice feature to have around.

For the camera, the Galaxy Tab A (2016) has an 8MP camera at the back and a 2MP front facing one. In case you are wondering, not many people take photos with their tablets and that is why we keep seeing these low MP counts on their tablet cameras.

Providing all the battery power is a 7,300 mAh unit at the back. Am pretty sure this can sort you out throughout the whole day even with video and music streaming.

The price of the Galaxy Tab A (2016) is around $435 (approximately Ksh 44,000). The tablet was announced in the company’s home country of South Korea and we still don’t know when we will be getting in international markets.