By now, you probably know that Google is already working on the next Android iteration, Android N. This new version will be released later in the year and as expected will have some slight changes compared to the current version, Android Marshmallow.

According to Android Police, Google plans to do away with the card appearance on the notifications center and merge all the notifications into one slide. The publication revealed that some of its people were able to see this new notification center but unfortunately they were not able to take screenshots. They were however able to recreate the screenshot mockups of what they saw.

Check out the mockup below. 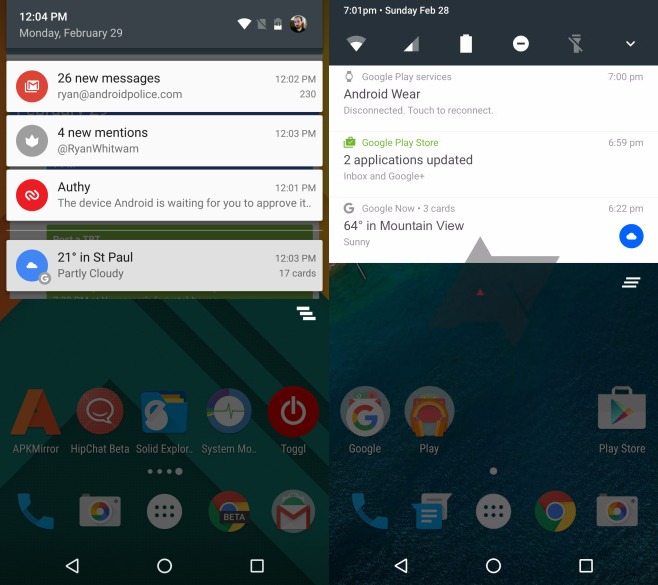 From what Android Police also shared, the app icon is now slightly smaller with the name of the app next to it. These are small but needed changes that can give you a better experience on Android. Also included on Android N are quick toggles that will mean that you no longer need to swipe the notifications bar twice just to access icons such as Data, Bluetooth, Wi-fi among others.

The whole notifications bar has a full-width design which looks a bit bigger than the current one. It also has a new ‘edit’ button which will probably be used to rearrange the icons, I have always wanted this feature.

Keep in mind that this is the what is there at the moment, things can change between now and when Android N officially rolls out later in the year. If they do, we will keep you updated on the changes as we get them.