Samsung Launches Two New Budget Friendly Smartphone, the Galaxy On7 and Galaxy On5 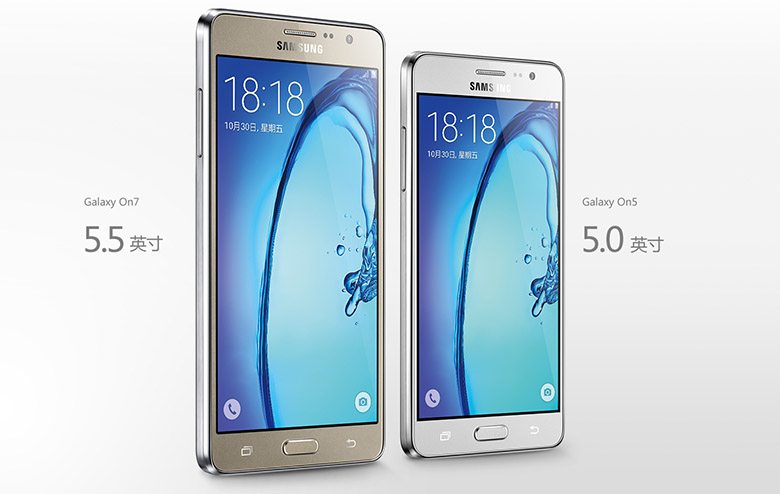 Yesterday, we told you that Samsung had plans to recapture the low smartphone market segment with two new smartphones, the Galaxy On7 and Galaxy On5. All these were just rumors then as Samsung refused to say anything either to confirm or deny the existence of these smartphones.

Read More: Samsung Is Working On Two Entry Level Smartphones, the Galaxy On5 and Galaxy On7

Today, Samsung officially launched these two devices that look very impressive considering there are targeting the lower end market segment. Commenting on their designs, Samsung said they have “an unprecedentedly thin frames and bezels”.

The Galaxy On5 is the smaller one of the two and has a 5 inch Super AMOLED HD display. It is powered by a 1.3GHz quad core Exynos 3475 processor and 1.5GB of RAM. As for memory space, the Galaxy On5 has 8GB of internal storage. It comes with an 8MP camera at the back with a 5MP one in front.

The phone comes with Android Lollipop and has a 2,600 mAh battery. It will first be available in China before heading to other markets and will retail at $150 (approximately Ksh 15,000).

On the other hand, the Samsung Galaxy On7 will have a 5.5 inch TFT display with a 720p resolution. It is powered by a 1.2GHz quad-core processor with 1.5GB of RAM. It has 8GB of expandable storage space with a 13MP camera at the back and a 5MP one in front.

My hope with these two devices is that they make it to Kenya as I would really love to have them around and see how they disrupt the market.

Read More: Samsung Is Working On Yet another Flip Phone with an Octa-Core Processor And 3GB of RAM