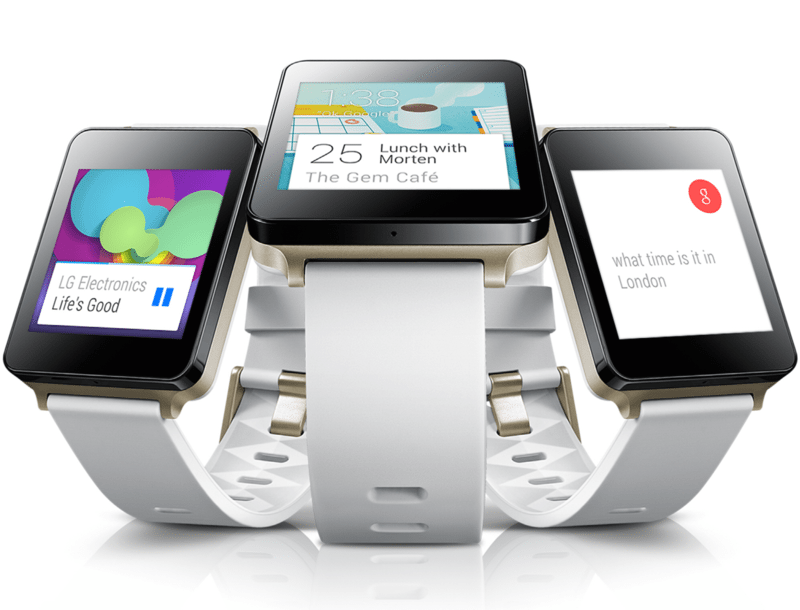 Google officially unveiled Android wear late yesterday as a way to bring harmony to the wearables market. Android wear is a version of Android specifically made for wearables. This new platform gives manufacturers a chance to focus on the hardware part and let Google worry about the software bit.

This platform seems to be attracting manufacturers who have expressed interest while Samsung took it further and unveiled its first Android wear Smartwatch, the Gear live.

Another company that has joined Samsung is LG that unveiled the LG G watch yesterday.  The LG G watch was announced sometime back but was never available for purchase until yesterday. LG argues that the wearable market is about to change and getting in now gives that the chance to position themselves anticipating the change.

The G watch has a simple minimalist design that allows quick and “glance-able” access to important information and seamless connectivity. The LG G watch displays messages, shows who’s calling, controls music playback and more without the smartphone ever having to be removed from a pocket or bag.

Dr. Jong-seok Park, president and CEO of LG said, “As one of the first to market with Android Wear, LG wanted to develop a product that functions as an essential companion device but most importantly, was simple to use. We wanted a device that would be simple to learn and so intuitive that users wouldn’t even have to think about how to use its features. That’s what the LG G Watch is all about.”

Key specification of the LG G watch include