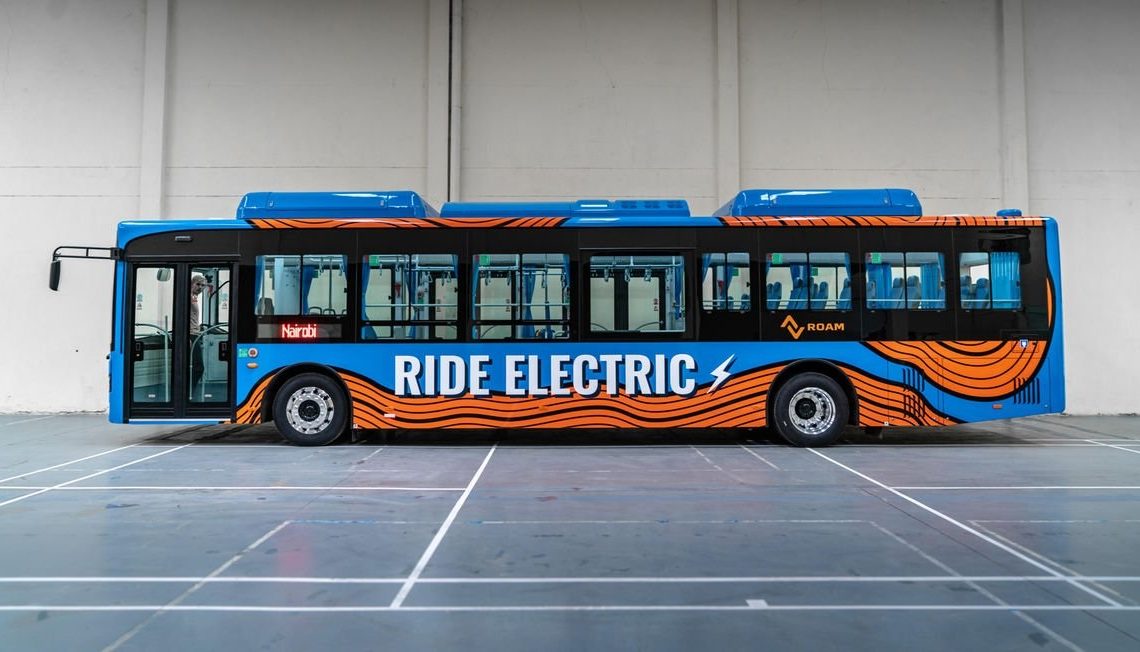 Electric vehicle company, Roam, has today unveiled its first electric buses in Kenya. These buses will be targeting the public transport sector in Kenya.

The buses called Roam Rapid will have a capacity of 90 passengers accommodating both seating and standing passengers. The buses have a 384-kWh battery that the company says provides a range of 360 Km on a single charge. This will be good for most operations around the city for an entire day on a single charge.

If they run out of charge, Roam says they can be fully charged in less than 2 hours  through DC charging ports.

“The focus for the bus has been to design a robust vehicle with best in class carrying capacity, range and comfort to enable mass adoption of clean transport across the continent,” said Dennis Wakaba, Roam project coordinator.

Just recently, Roam also announced that it will be launching its electric motorcycles that interested parties will be able to buy through M-Kopa.  Car and General also announced plans to introduce electric vehicles and tuk tuks in the country.