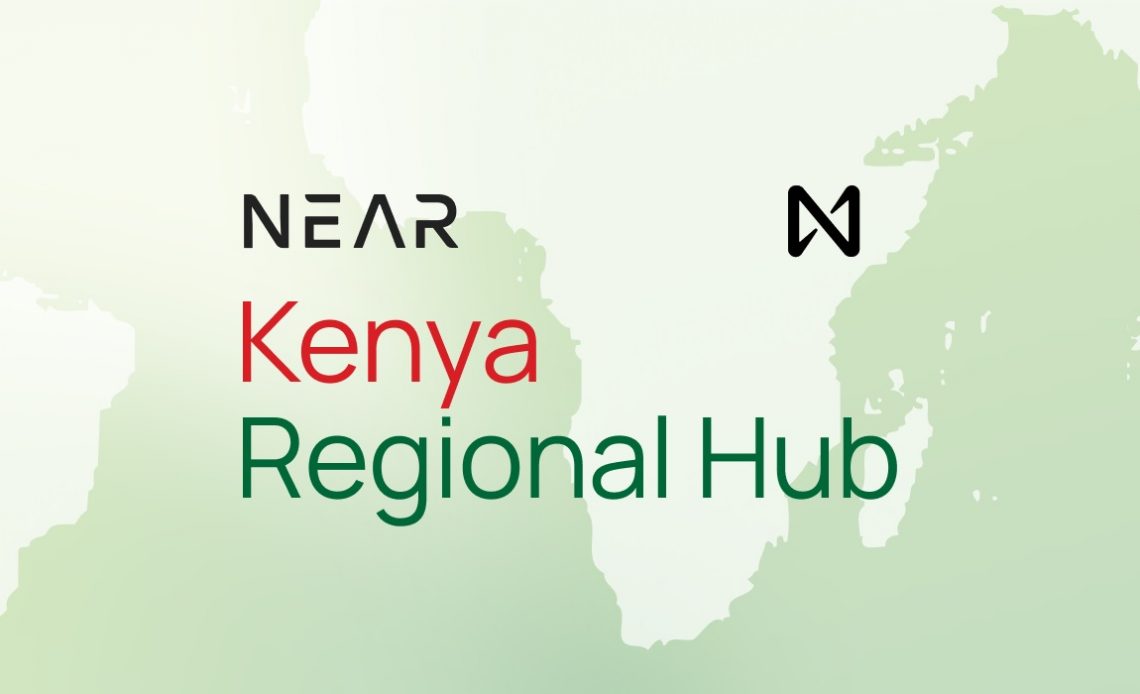 NEAR Foundation, the Swiss non-profit that oversees the governance and development of the NEAR protocol, today announced it has partnered with local blockchain community Sankore to launch a regional hub in Kenya dedicated to ongoing blockchain innovation, education and talent development throughout the African continent.

Kenya ranked fifth in last year’s Global Crypto Adoption Index, and Kenyans are already directly trading cryptocurrencies with each other more than elsewhere in the world. Besides expanding throughout Nairobi, NEAR is also reaching lesser-known cities in Kenya where no other Layer 1 blockchain has an established presence as yet.

The hub will be led by Kevin Imani, the founder of Sankore, and supported by a core team of four members. Comprised of events, an academy, an incubation program, and the Sankore Bounty ecosystem, the hub will be a promising intersection of Africa’s most talented blockchain developers and international support for their innovations.

“We are thrilled to be working with NEAR to educate and nurture talented individuals to become world-class blockchain developers,” said Kevin Imani, who will lead the NEAR hub in Kenya. “Our dream is to lead the way in blockchain innovations in providing solutions to Africa’s biggest problems. The NEAR Protocol allows tomorrow’s brightest developers to build custom solutions with scalability, security, and transparency and this hub is the next step in turning our shared vision into reality.”

The overwhelming attendance rates of Sankore NEAR-meets, where locals gather to gain blockchain education and meet people in the NEAR ecosystem, have demonstrated the enthusiasm of younger generations in Kenya towards crypto, blockchain, and web3 education.

The gatherings have allowed people to learn, share ideas, network, establish opportunities in the open web, and make Web3 a reality. A recent event held in Nakuru focused on Harnessing Opportunities in Web3 with a NEAR-Certified Developer advising local developers on acquiring blockchain certification and NEAR Developer Certification.

As for incubated projects, Sankore has previously gained local traction by supporting several forward-thinking projects such as Kilimo Shwari, an on-chain solution seeking to hedge Kenyan farmers against agricultural uncertainties such as bad weather and calamities like the recent locust invasion in Kenya. The insurance is based on smart contracts, gathering data on uncertainties and automatically compensating farmers.

Another incubated project is Ledja, which tackles fraud throughout the African region, and fights against forged documentation. By cooperating with higher learning institutions and initiating document digitisation using NEAR Protocol, it enables much faster, safer, and more secure document verification.

The continent has been undergoing a rapid digital revolution over the past decade, and African countries have been adopting crypto quicker than their global counterparts. Cryptocurrency adoption in Africa increased 1200% from July 2020 to June 2021, the fastest adoption rate in the world. Alongside this has been a growing appetite among African youth for technical training and education opportunities.

“We are excited by the potential avenues throughout Africa for blockchain solutions, which come from innovation in development, education and talent,” said Marieke Flament, CEO of the NEAR Foundation. “This hub represents a unique opportunity to partner with local talent not only for the opportunities that we know exist today but also for the opportunities yet to be created in the future.”

Internationally, the excitement continues to build around the potential of the NEAR blockchain. Unlike other networks, NEAR gives software developers easy access to create new crypto applications, from Non Fungible Tokens (NFTs) to decentralised finance products and launching new business models and consumer products.

The NEAR blockchain is also much faster than Ethereum, the world’s most used blockchain. It acts as a bridge to other blockchains, allowing for the free flow of assets and communication between networks for the betterment of all.