Starting a conversation with someone whose contact you haven’t saved is not that easy on WhatsApp. There are ways you can do this but they are not that straightforward. You can use some third-party apps and services but that is not convenient for most people.

WhatsApp is addressing this issue in an upcoming version of the app that should be released soon. This has been revealed by WABetaInfo indicating that the option is available on the latest beta version of WhatsApp for Android (v2.22.8.11).

The beta version has a new pop-up option when you tap on an un-saved contact in a message.

Keep in mind that this is still the beta version of the app and it might take some time before the option is available on the publicly available version. There is no ETA on when the feature will be released to the public and all we can do is keep waiting. 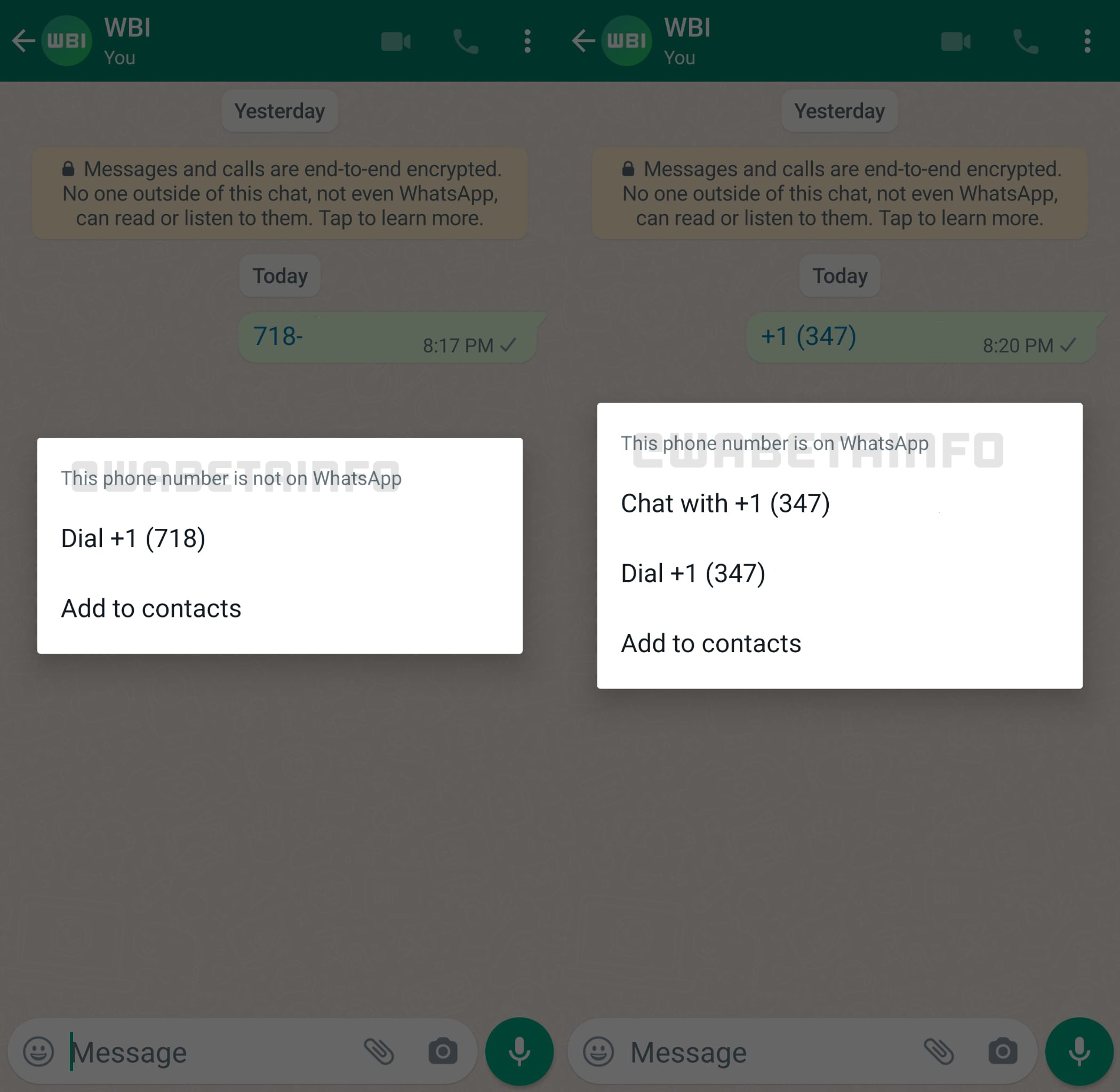 Being able to start a conversation with someone whose contact is not saved is useful as you may want to chat with businesses and do not want to save all their contacts.