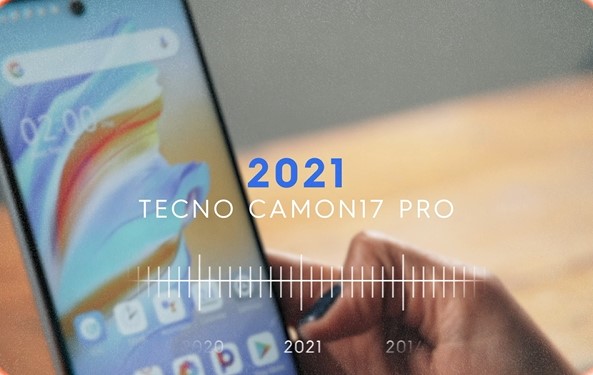 Tecno has  officially unveiled the Camon 17 smartphone. This is the latest in the company’s Camon series that focuses more on the cameras and photography aspects of the phone. The Camon 17 was unveiled as the company showcased a stunning documentary that discusses thought-provoking subjects surrounding the rise of the selfie and the selfie generation’s needs.

The documentary, titled “Rise of The Selfie” dives into the selfie’s history and why it has become such an essential feature of the current generation. Hollywood actor Chris Evans, TECNO’s newest brand ambassador, is featured saying, “You might want a picture that is vivid and full of emotion or you might want something simple,” but what makes it a good image is because it is “so individual”.

The Tecno Camon 17 series takes over from the Camon 16 that was quite a good series but did not stand out as much as I expected it to. With the Camon 17, I am expecting better things from Tecno.

Tecno unveiled three variants of the Camon 17 series with the standard Camon 17, Camon 17p and the Camon 17 Pro. They all look promising with the Pro version being the premium of the three.

The Tecno Camon 17 Pro comes with a 6.8-inch display with a 90Hz refresh rate, something we are seeing more often on smartphones these days.

The Tecno Camon 17 Pro is powered by the MediaTek Helio G95 processor that is paired with 8GB of RAM and 256GB of internal storage space. If this space is not enough for you, you can expand it further using a microSD card. Providing all the juice is a 5,000 mAh battery which is good enough for most people. This phone supports 25W of wired fast charging.

For the cameras, the Tecno Camon 17 Pro has a 64MP quad camera setup at the back with a 48MP front facing camera.

The standard Camon 7 on the other hand has a 6.6-inch display with a 90Hz refresh rate. This variant is powered by the same MediaTek Helio G85 processor that this time has been paired with 4GB of RAM and 128GB of expandable storage space. It also runs Android 11 with HiOS 7.6 out of the box.

The battery is the same 5,000 mAh one but this one only supports 18W flash charge.

The Tecno Camon 17 series will be available in Kenya starting from Ksh 17,800.

Also Read: The Tecno Camon 16s Review – Has A Long Way To Go