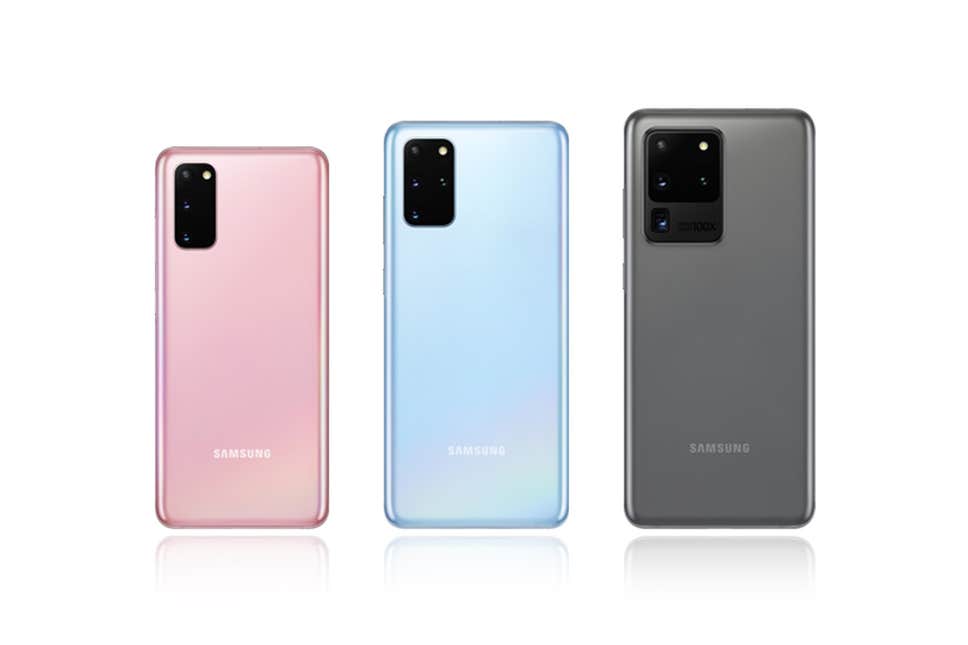 Samsung has finally launched the new Galaxy S20 smartphones. We knew these phones were coming and practically knew everything about them before their official launch. The phones were unveiled at the Samsung Unpacked 2020 event in San Francisco last night.

The new Samsung Galaxy S20 line-up is made up of three devices, Galaxy S20, S20+, and S20 Ultra. With the three devices, Samsung has ensured they come with improved camera systems, improved display technology and 5G support.

We are getting bigger displays with all three phones having over 6 inches of that. The Samsung Galaxy S20, S20+, and S20 Ultra have 6.2-inch, 6.7-inch, and 6.9-inch OLED displays respectively. These are quite massive and especially the S20 Ultra. Each display has a refresh rate of up to 120Hz.

As You probably can already tell, the Samsung Galaxy S20 Ultra is the flagship of the three. It has a bigger display with an advanced camera system that supports 100x Super Resolution zoom. Not sure if everyone who buys this phone will need it but it is still nice to have. At least it will be something for people to talk about.

Take a look at some of the other Samsung Galaxy S20 Ultra specifications.

The Galaxy S20 Ultra has a quad lens camera system with the primary one being a 108MP sensor that the company says allows ultra-high resolution photos. This is the second generation 108MP sensor and not exactly the one we saw on the Xiaomi Mi Note 10. Additional cameras include a 48MP sensor, 12MP one and a TOF sensor. For the selfie camera, we are getting a 40MP unit.

Have a look at some of the Samsung Galaxy S20+ Specifications.

All the other Galaxy S20 devices also come with improved cameras and they can all shoot high-quality 8K videos. “With an incredible, AI-powered camera, you can capture the moments as they happen and connect more seamlessly with the people you love,” said Samsung President and Head of Mobile Communications Business Dr TM Roh.

The Samsung Galaxy S20 smartphones are powered by the Samsung Exynos 990 chipset. For the RAM, we do have 12GB for the Galaxy S20 Ultra and Galaxy S20+ with the standard Galaxy S20 having 8GB of that. All devices have 128GB of internal storage space that can be expanded using microSD cards.

Below are the Samsung Galaxy S20 Specifications.

The Galaxy S20 smartphones will be available in three colours – Cosmic Grey, Cloud Blue, Cosmic Black. Below are the recommended retail prices, I will give the exact figures in Kenya shillings once I have that information.

How Powerful is the new Xbox Series X Console? Microsoft Shares the Details

The Huawei Y6s is Coming to Kenya, Pre-Order Period Kicks Off Next Week