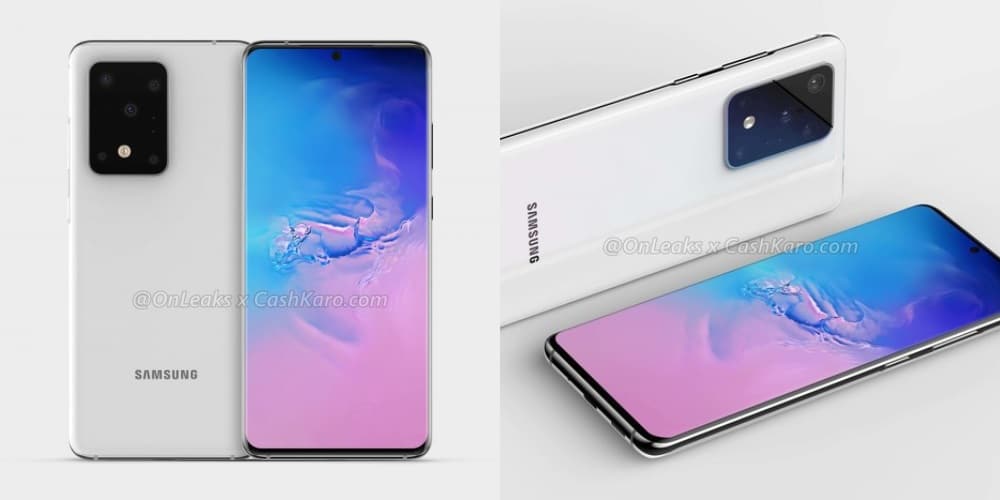 Today, @OnLeaks and CashKaro have unleashed a barrage of renders for the Samsung Galaxy S11+, along with a video.

Speculated to be announced soon, the Samsung Galaxy S11 series is anticipated to feature some amazing specifications that will stand out from its previous generation phones in the Galaxy series.

The smartphone is rumoured to feature an approximately 6.9-inch curved display with a curvature lesser than that of its predecessor. The phone is also anticipated to feature an in-display fingerprint sensor along with a Dynamic AMOLED panel.

Unlike its previous generation devices, this phone will feature a centred punch hole camera as well. Other than this, going by the CAD renders the device will feature a massive rear camera bump with 5 camera lenses and 2 tiny sensors. Though it is not yet evident, we believe the second sensor on the camera module will likely be infused with laser autofocus. Last addition to the rear camera setup is a flash, the placement of which is still not confirmed. If rumours are to be believed, the device may feature a 108MP primary camera with 5X optical zoom. This may allow the user to take photographs in QHD+ resolution and 8K video recording.

It is also rumoured that the Samsung Galaxy S11+ will feature a metallic body with relatively slimmer bezels. The dimensions are roughly around 166.9 x 76 x 8.8 mm (10.2 mm including the rear camera bump).