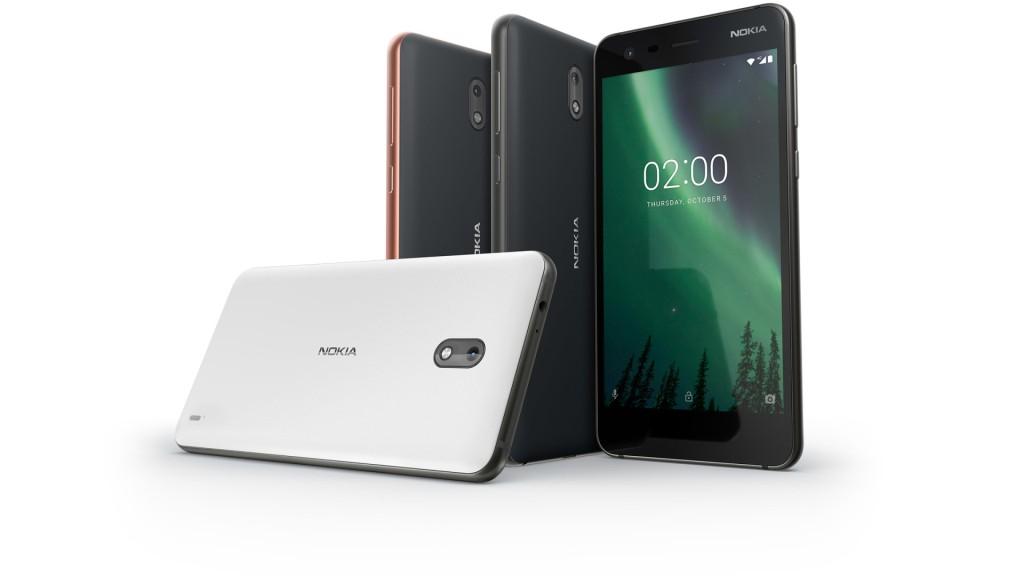 The cheapest Nokia smartphone from HMD Global is the Nokia 2. The phone was officially unveiled in October and joins some of the existing Nokia smartphones unveiled earlier this year including the Nokia 3, Nokia 5, Nokia 6, Nokia 7 and the Nokia 8. These are the devices from the ‘new’ Nokia line by HMD Global.

For HMD, its main selling point ever since bringing back the Nokia smartphones was to offer affordable devices compared to other manufacturers. Even with that, we just did not get a true entry level device from the company until the unveiling of the Nokia 2.

For those in Kenya who have been waiting for the Nokia 2, the phone is finally here. The phone will be available from Safaricom and other retail stores for Ksh 11,000. It is not the cheapest smartphone out there but the cheapest one with the Nokia name. The Nokia 2 is slightly cheaper than the Nokia 3 which is currently retailing for Ksh 13,200 on Jumia.

The Nokia 2 is one of the cheapest smartphones in Kenya powered by a Snapdragon processor. It comes with the entry level Qualcomm Snapdragon 212 processor paired with 1GB of RAM and 8GB of internal storage space. This is not that promising when compared to what is offered by some of the popular Chinese brands on the markets but I guess you will be drawn to Nokia because of the name and the assurance of quality and not the specs sheet.

HMD is flaunting the Nokia 2 is a battery warrior with its 4,100 mAh unit that the company says can last longer than most other smartphones. This is key when selling to this market segment, people want devices that do not have to he recharged after a few hours.

Some of the other key specifications of the Nokia 2 are listed below.

Storage Space: 8 GB, can be expanded up to 128GB using a microSD card

Camera: 8 MP camera at the back with a 5MP front facing one

Can the New Nokia Phones Succeed?

The question we have been asking for a long time is, can these new Nokia phones succeed? Nokia does not enjoy the monopoly it did in the entry level market space back in the day. We have seen the rise of Chinese smartphone brands specifically targeting this space most will have better specifications (on paper) compared to established brands like Nokia.

HMD has to try and target those who may not necessarily be big fans of the cheap smartphones that they do not consider to be of high quality. The company has to position itself as the provider of affordable devices that are of good quality. In addition to this, ensuring its devices are available through Safaricom is a plus. People already go to Safaricom shops to look for smartphones and ensuring its phones are there means that potential customers know about their availability.