Android 8.1 Oreo OTA Update Is Out

If you have been waiting for Android 8.1, you should know that the first over the air (OTA) update has started rolling out. This is the beta build and comes shortly after the first Developer Preview went live. 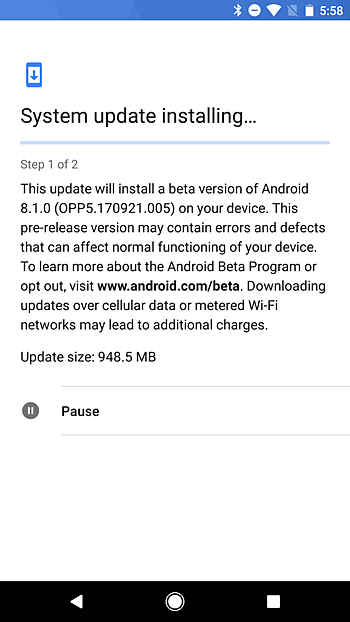 If you do not have the OTA update notification, you can get this beta build by downloading and flash the factory image for yourself. Before you do this, you need to know that some users have been reporting issues when side loading OTA images but Google is working on a fix for that.

Also Read: A Beta Version Of Android Oreo Is Now Available For The Nokia 8