Lollipop follows Marshmallow closely with a market share of 30.8%. This is a drop of 1.2% from last month when its market share stood at 32%. Last month, Android Lollipop was the most popular variant but as you can see it has been overtaken by Marshmallow. This version of Android has been around for close to three years and it is nice to see its market share drop, this means that people are upgrading to newer versions or are buying new smartphones that come with the newer Android versions pre-installed.

Coming in at number 3 is Android KitKat with a market share of 18.1%. This version of Android was released back in 2013 and it has refused to go away. The main reason for this may have something to do with entry level devices that came with the OS back when it was still popular. Most of these devices never got software upgrades from their manufacturers and the people who own them have never had a chance of upgrading to newer devices. Since the manufacturers who made these devices are not rolling out any updates, this version of Android is still around. 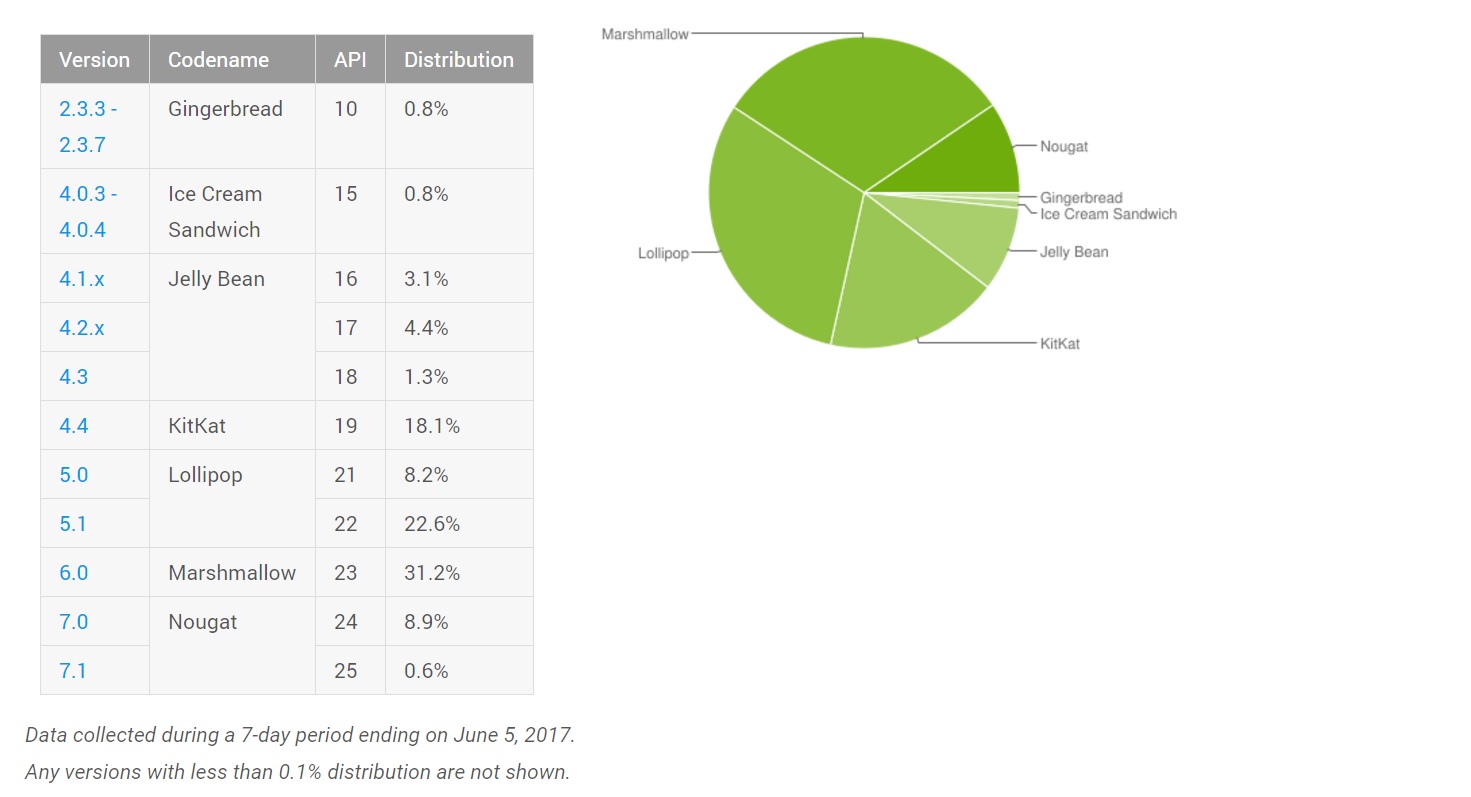 Some of the older Android versions are still around too. Jelly Bean has a market share of 8.8%, both Ice Cream Sandwich and Gingerbread with 0.8% market share.

Nougat on the rise

The latest release of Android that is available for the public, Nougat, currently has a market share of 9.5%. This is slightly higher from last month when it had a market share 7.1%. The main reason for this has to do with the number of devices that have been hitting the market recently. Most of these devices come with Android Nougat out of the box, even entry level devices. Besides this, most manufacturer have been updating their devices that were released within the last 12 months.

Going forward, I expect Nougat’s market share to keep rising, it will probably be at 10% by next month.

Also Read: Android Go Is Not A New Version Of Android And It’s Not Replacing Android One