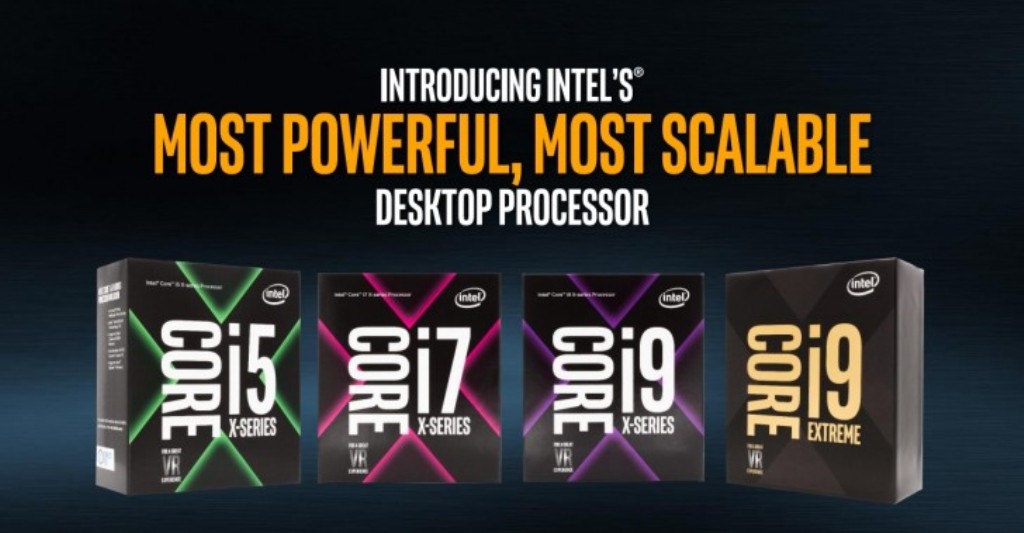 Intel is undoubtedly the leader when it comes to desktop processors. The latest addition to the company’s portfolio is the new Core X-series that the company has just announced. With the release of this new series, the company has introduced the Core i9 series of processors.

The Core X-series is based on the new X299/LGA2066 “Basin Falls” platform. The Core X-series has 9 different products, five of these products have been announced today and the remaining 4 will be unveiled at a later date. With this new series, consumers will have the option of choosing from 4, 6, 8, 10, 12, 14, 16 and 18 cores. Almost all these models will have Intel’s Hyper-Threading.

The 9 different processors that Intel is unveiling are split into Kaby Lake-X and Skylake-X. The Core i5-7640X and the Core i7-7740X are the two Kaby Lake-X parts at the bottom of the pack.