The Huawei P9 Lite Review: Does It Live Up To Expectations? 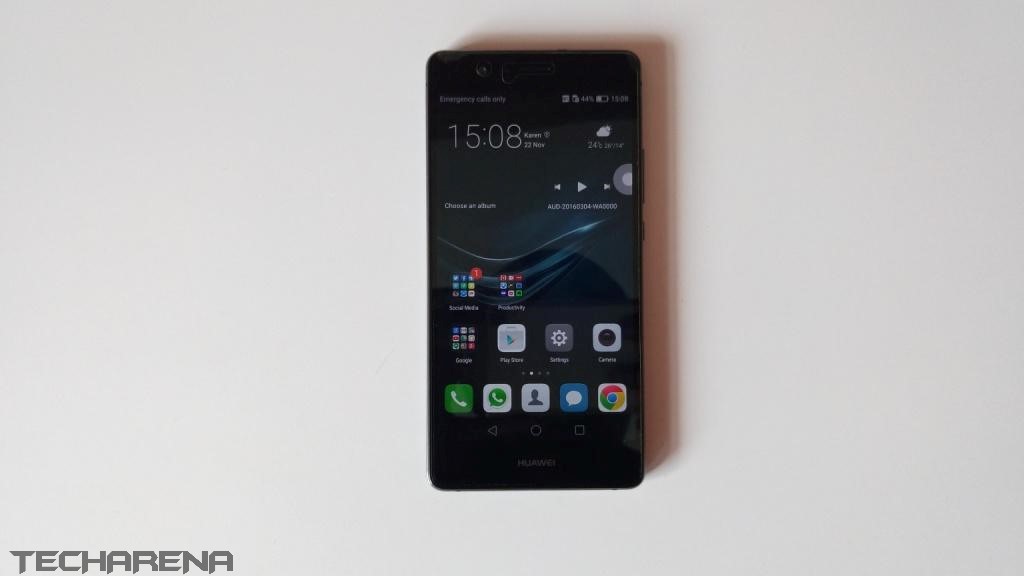 The Huawei P9 Lite is the younger brother to the flagship P9 that we reviewed a few months ago. The P9 is a flagship and this means that it is expensive and out of reach for most people. With that said, Huawei decided to unveil an affordable version, the Huawei P9 Lite that we are going to review today.

I have been using the Huawei P9 Lite on and off for the past month and from this experience I believe I have learnt what it is all about. The price of the Huawei P9 Lite is anywhere between Ksh 24,000 and 29,000 depending on where you buy it.

The P9 Lite is here for those who may want the flagship P9 but may not have the budget/willing to buy it. It borrows a few things from its bigger brother but the two are quite different.

Premium with a touch of plastic

Looking at the design, you can clearly see that it is inspired by its bigger brother, the Huawei P9. The P9 Lite does not have the metallic back cover found on the flagship variant, this has been replaced by a plastic back cover that still cannot be removed. Even though this is a plastic cover, there are metallic elements around the phone that give it a premium feel. 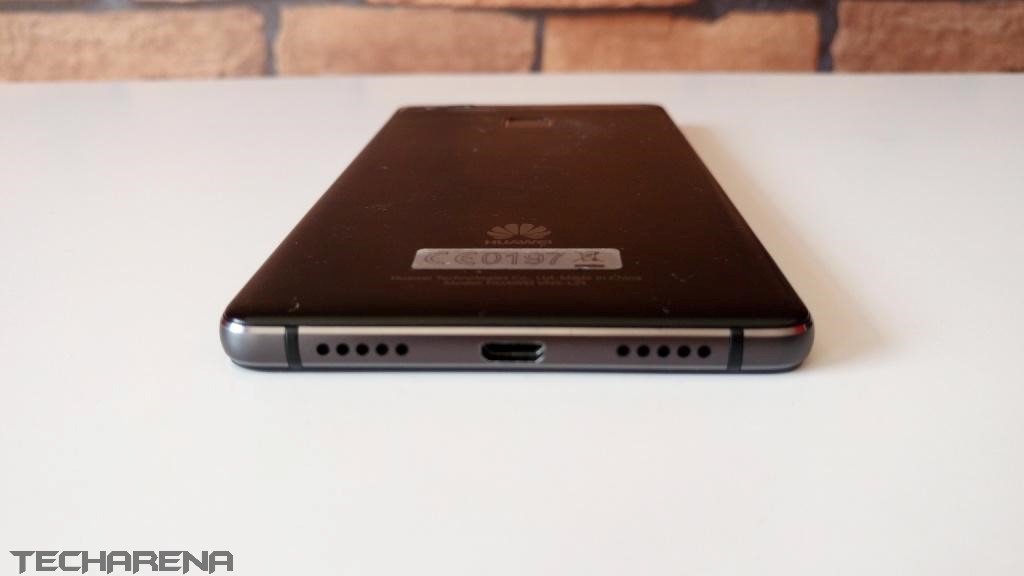 You get the usual ports and buttons just like the P9. The power and volume keys are on the right with the headphone jack at the top. At the bottom are two speaker grilles but only one contains a speaker, the other one is there just for the looks.

At the back you get the 13MP camera with LED flash and a fingerprint sensor below the two. As you have already noticed, the P9 Lite comes with one camera, unlike the standard P9 that came with two cameras. This is one of the areas where you start seeing the difference between the two phones and the difference in prices makes more sense. 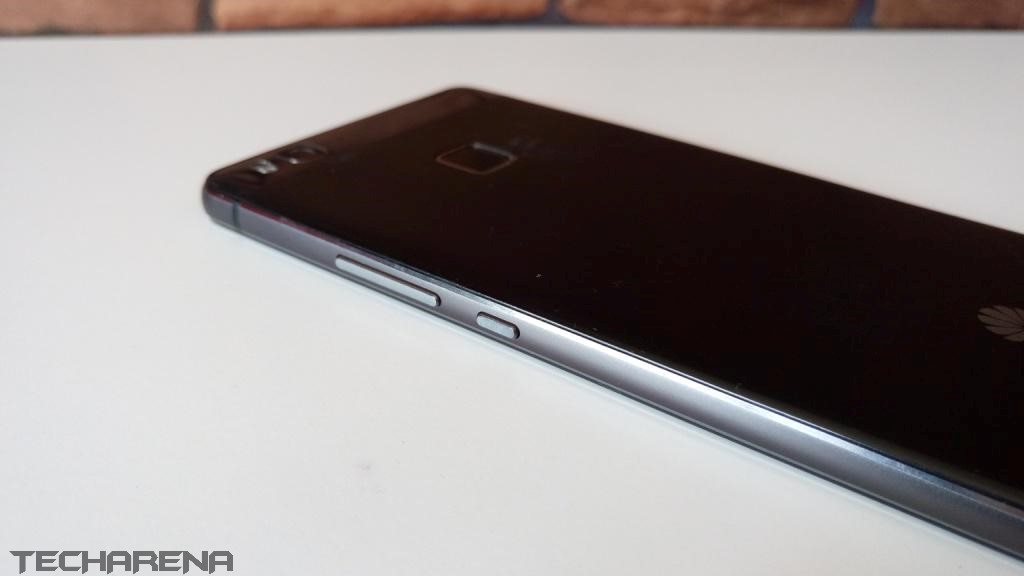 Overall, the design of the Huawei P9 Lite is really good, it is one of the best ones in the phone’s price range you overlook the plastic back cover.

The display is one of the most important features on a smartphone. You spend a significant amount of time looking or touching it and it definitely has to handle this. With the Huawei P9 Lite, you get a 5.2 inch IPS display with a Full HD resolution (1920 x 1080 pixels). This is better than what we see from its competitors such as the Oppo F1s that has a 720p display. 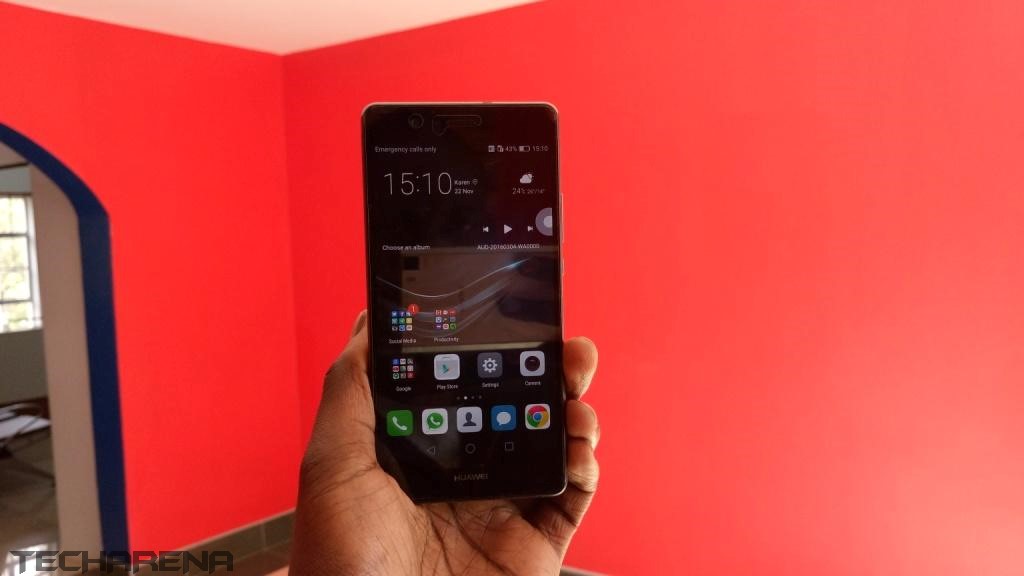 I was not disappointed with this display during my review period, colour reproduction is on point and it is bright enough to use outdoors even under direct sunlight. If you spend most of your day outdoors, this phone will not disappoint you, trust me. For those worried about fingerprints and smudges taking over your display, you don’t have to worry with the Huawei P9 Lite. This display does not collect fingerprints as you use it and this is something I appreciate given the fact that I interact with may smartphones that do so. 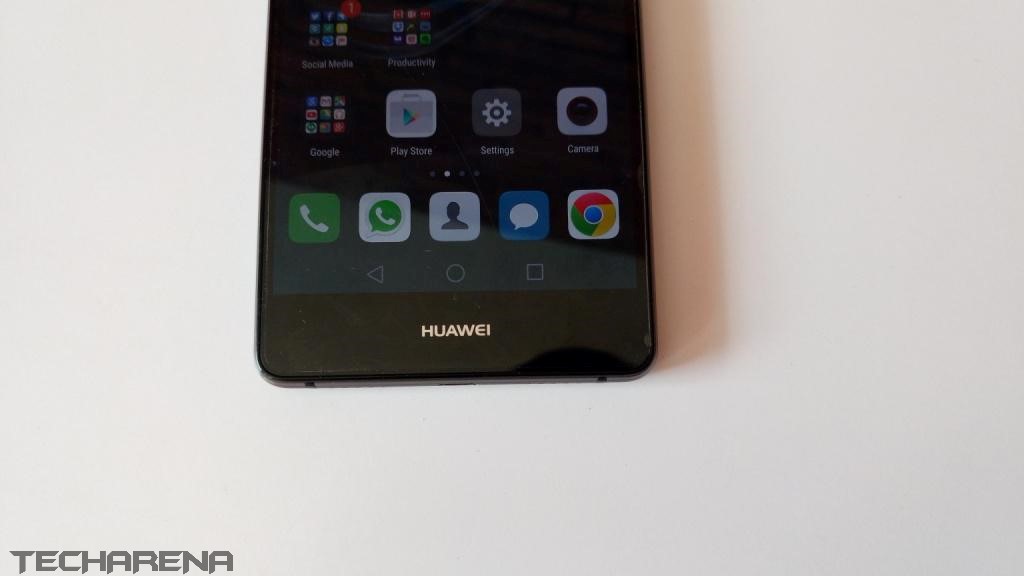 With a 5.2-inch display, it is perfect for almost everyone, even those with small hands. You can reach almost every corner of the phone even when using the phone with one hand. In a market were having a 6.0-inch display is considered normal, the display on the Huawei P9 Lite feels tiny but you get used to it very fast.

As for performance, the Huawei P9 Lite handles quite well. I used this phone after the flagship P9 so I noticed it was slower. This is expected since the standard has a powerful processor, bigger RAM and GPU. Even with that said, the Huawei P9 Lite isn’t that bad. It handled all tasks I threw at it without any serious problems. The only time I noticed some significant lags was when opening heavy game/applications. Most people will not notice this as it is corrected a few second later and performance goes up soon after that.

Handling performance on the Huawei P9 Lite is the HiSilicon Kirin 650 (octa-core) processor paired with 2GB of RAM and 16GB of internal storage space. This is all good but I believe the phone should have 3GB RAM and 32GB of space. This phone is worth more than Ksh 25,000 and having a bigger RAM and storage space is needed to differentiate it from other players on the market. 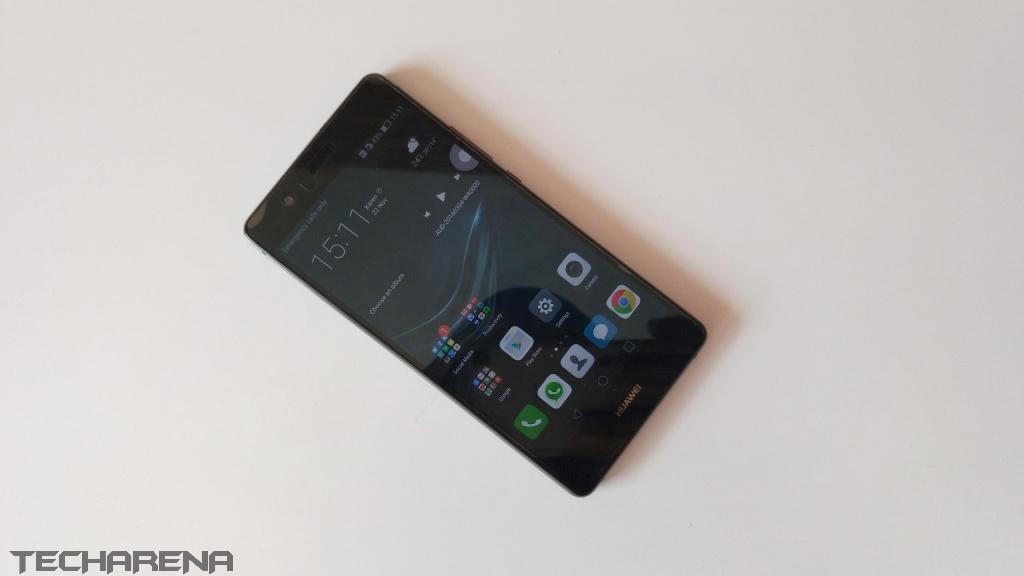 Handling daily tasks (phone calls, texting) with this phone is smooth. The phone supports 4G LTE and I tested it with Safaricom’s network and it did quite well. Huawei built Safaricom’s network so I did not expect the phone to disappoint in this department.

Software-wise, the Huawei P9 Lite comes with Android 6.0 Marshmallow with EMUI 4.1 on top. By show of hand, who here is a fan of EMUI? I am pretty sure not one has raised his/her hands. Not because it is awkward to read an article online and raise your hands but because EMUI is not that good. Don’t get me wrong, EMUI 4.1 is beautifully built and feels natural on the P9 Lite but because it just feels overdone if you prefer stock Android on your phone.

Even with that said, EMUI provides a smooth experience. It is fine-tuned for the Huawei P9 Lite and is not laggy, opening and switching between apps is a breeze. 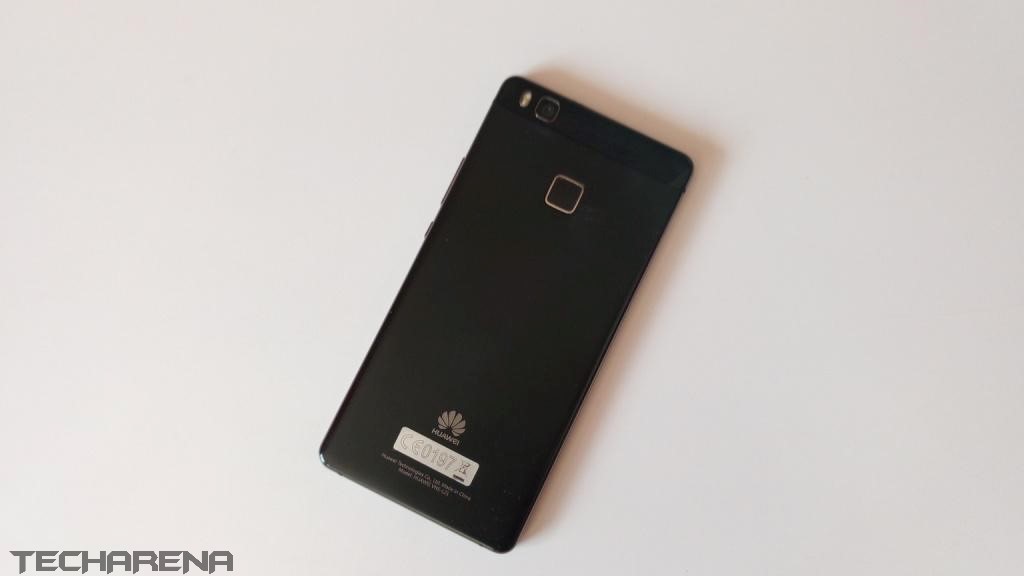 The Huawei P9 is known for its superior camera performance and its dual camera setup. With the Huawei P9 Lite, you are not left behind in the camera department as this phone can also take some decent shots in good and bad lighting conditions. You still get some of the pro features you get on the Huawei P9.

The Huawei P9 Lite comes with a 3000 mAh battery. Given the fact that this phone isn’t that demanding when it comes to performance, the battery can last you an entire day. I got it to last for between 6 and 8 hours on most days before charging it. I always charge my phone when the battery is about 25% so if I really wanted to push it I could get it to about 10 hours or even more. I am always on my phone during the day and getting it to go for 6 hours isn’t that bad for me. If you are not always running demanding applications or on your phone most of the time, you can get the battery to last you the whole day and even two if you push it. 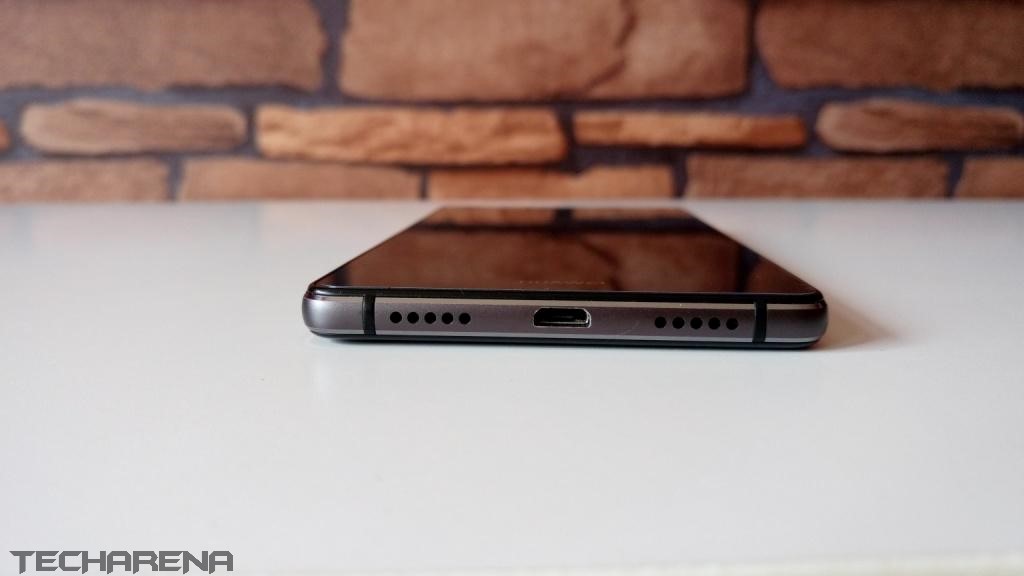 Just for your information, this phone gets significantly warm when using it and charging so you should expect that if you are planning to buy it. It doesn’t get hot and will not explode so don’t worry so much about this, it is just something I wanted to let you know.

The Huawei P9 Lite is one of the best mid-range smartphones you can get in Kenya at the moment. The phone is beautifully built and performs quite well. The phone’s small size makes it easy to carry around and operate. This is the sweet spot when it comes to smartphone sizes and I like it to be honest. 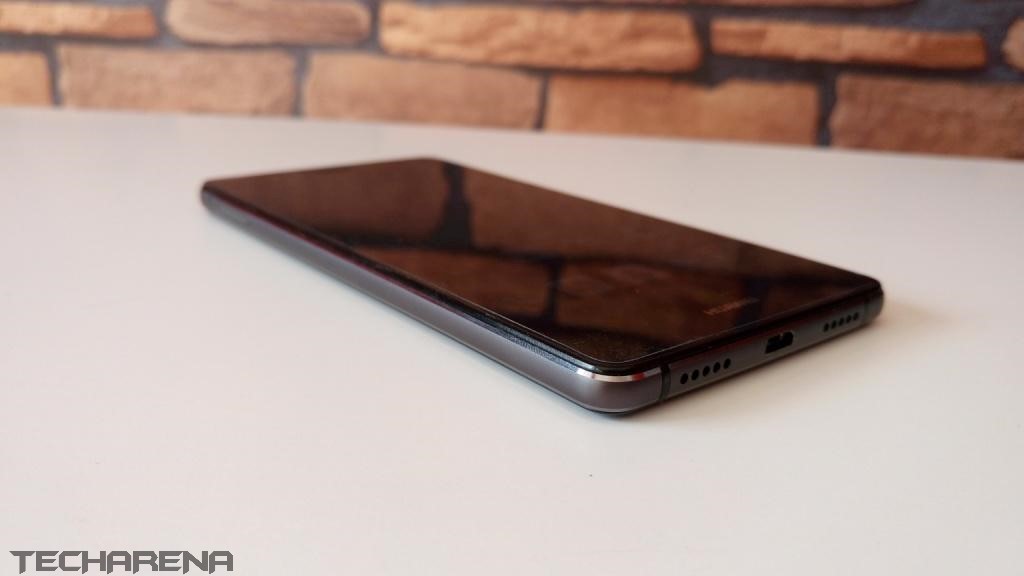 The Huawei P9 Lite performs quite well both when doing daily tasks or when running demanding applications. It slows down from time to time but nothing beyond the ordinary, if you want a reliable device that doesn’t slow down, the P9 Lite should be on your list.

Overall, the Huawei P9 is an amazing phone. It is reasonably priced and its specs do not disappoint. It is easily one of top smartphones under Ksh 30,000 that I have used this year.

Also Read: Tecno Phantom 6 Review – They ALMOST Did It!