Infinix Hot 3 vs Tecno W4 – Battle of the Pawns 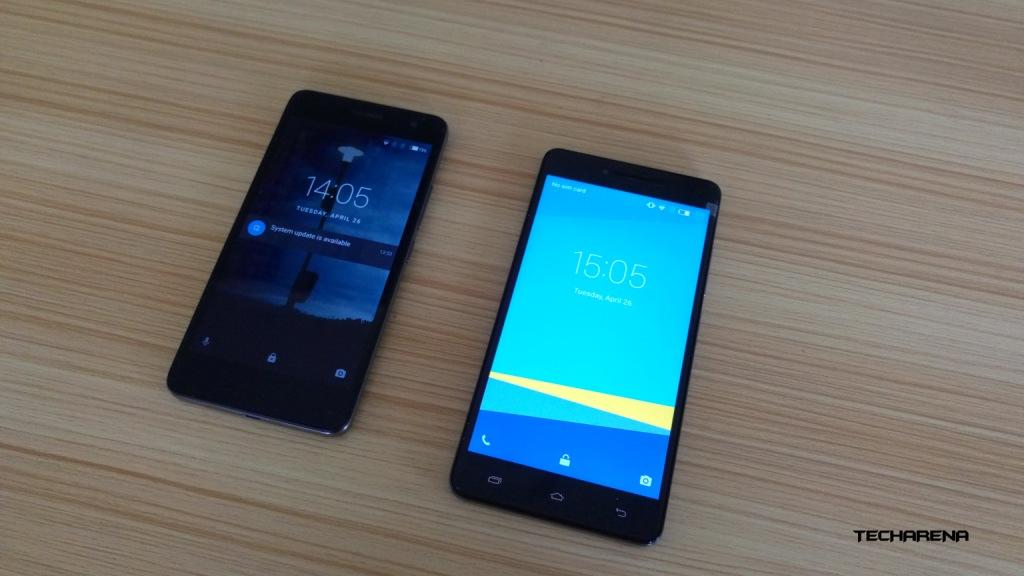 If you are looking to buy a phone that costs less than Ksh. 10,000 then the Infinix Hot 3 and Tecno W4 are somewhere on your list if not at the top of it. The Hot 3 reatails at Ksh. 7,899 and the W4 at a slightly higher price of Ksh. 8,499. There are other phones at this price range but we’re focusing on these two only for this comparison. This will not only be a specs showdown but also a comparison of how these two phones tackle the day-to-day usage of a standard smartphone user. We have done individual reviews of the two phones, which you can checkout below, but here we will be pitting them agaisnt each other.

We will look at the difference in design, software, performance, camera and finally battery life. Ready? Let’s do this! 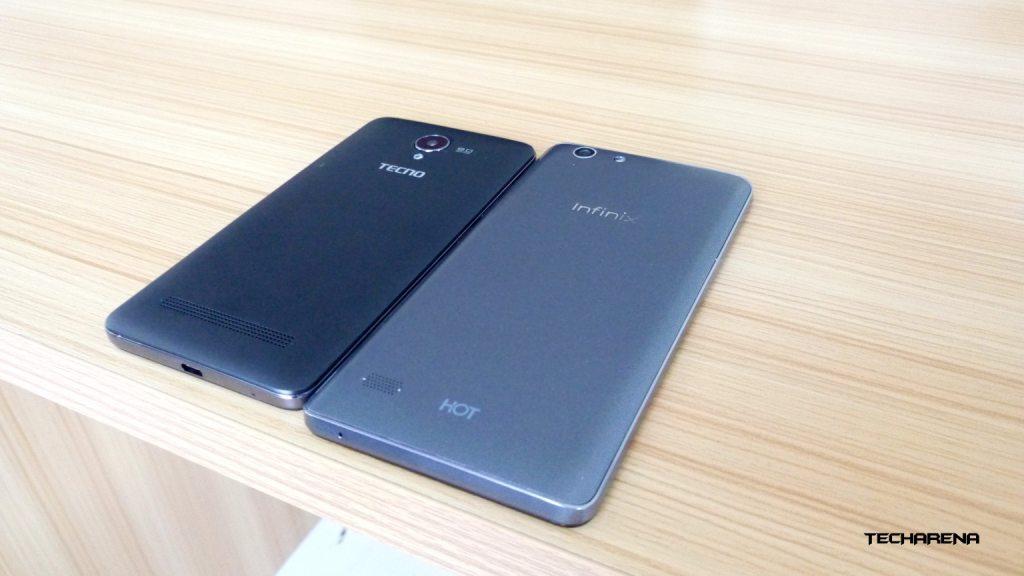 The Tecno W4 has a 5″ IPS HD Display while the Infinix Hot 3 has 5.5″ IPS HD Display. For anyone who bases their decision to buy a phone on the screen size, this will be easy. If you want a big phone, then the Hot 3 is your choice, but for those who prefer a more “handlable” device, the W4 does not disappoint.
The Hot 3 has a slightly curved back while the W4 has a more flat look. The speakers are both at the bottom but the W4 speaker grill looks better than that of the Hot 3. The position of the cameras are different, but both look ok in my opinion.
When we move over to the front, sincerely speaking the W4 looks better. It is clean and has on-screen navigation buttons unlike the Hot 3 that has capacitive keys making it look “cheaper”. 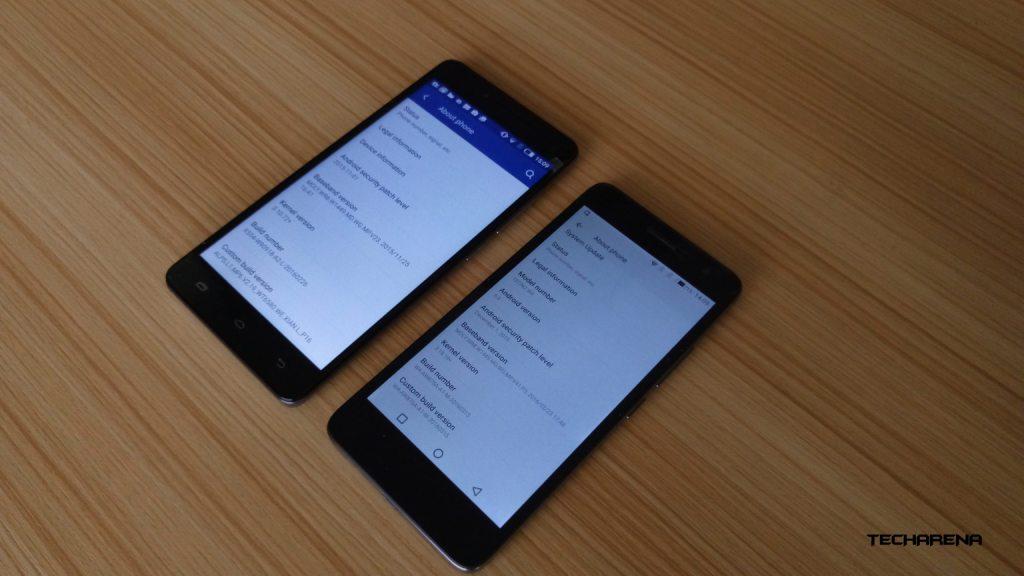 The W4 has an upper hand when it comes to software, due to the fact that it runs Android 6.0 Marshmallow. The Hot 3 runs Lollipop 5.1, which isn’t bad but you just have to appreciate “newer” software. They both have a skin on-top of Android, skins which I both feel have their own disappointments. If you want to enjoy newer software, then W4 is the way to go.
As for performance, the W4 hits a score of 25143 while the Hot 3 hits a lower score of 22470 on Antutu Benchmark. In real life usage, there is really no difference between these two devices but if we’re to go with the benchmarks, Tecno W4 takes the crown in this category. 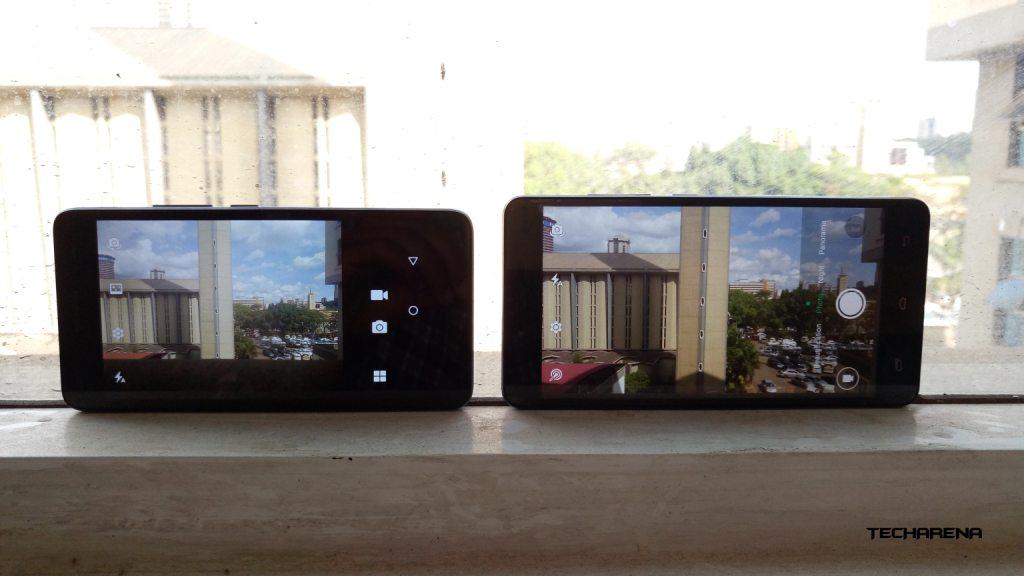 When it comes to camera, things are a little harder to differentiate. The Hot 3 gives off more realistic colors as compared to the W4. The W4 produces a more saturated shot but has a slightly wider lens, meaning the image will capture more of the environment than the Hot 3. Both phones are impressive when it comes to the camera, but they both stamble when it comes to night shots. In camera performance, I would say they tie, since they have an 8MP main camera and 2MP selfie camera.
Oh, the Hot 3 has a soft flash for the selfie camera, selfie lovers Infinix Hot 3 is the better option here. 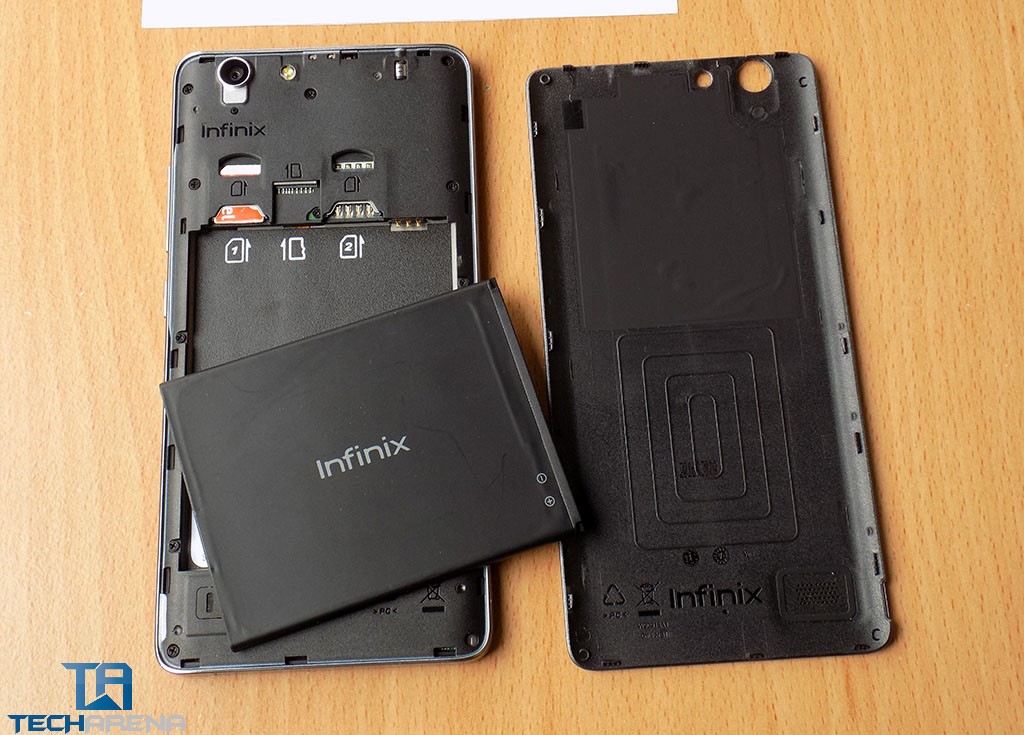 The clear winner here is the Infinix Hot 3. It has a 3000mAh battery compared to the 2500mAh on the Tecno W4. The performance of these two batteries isn’t bad – they both do a good job. They both easily last throughout an average use day but when it comes to battery, going with bigger is always better. Infinix Hot 3 will give you more juice through the day compared to the Tecno W4.

Which one should you buy?

The answer to this question will be based on preference, based on the features that you look for in a phone. The two phones have their individual highs and lows, whichever one you pick, you will get an almost similar experience.