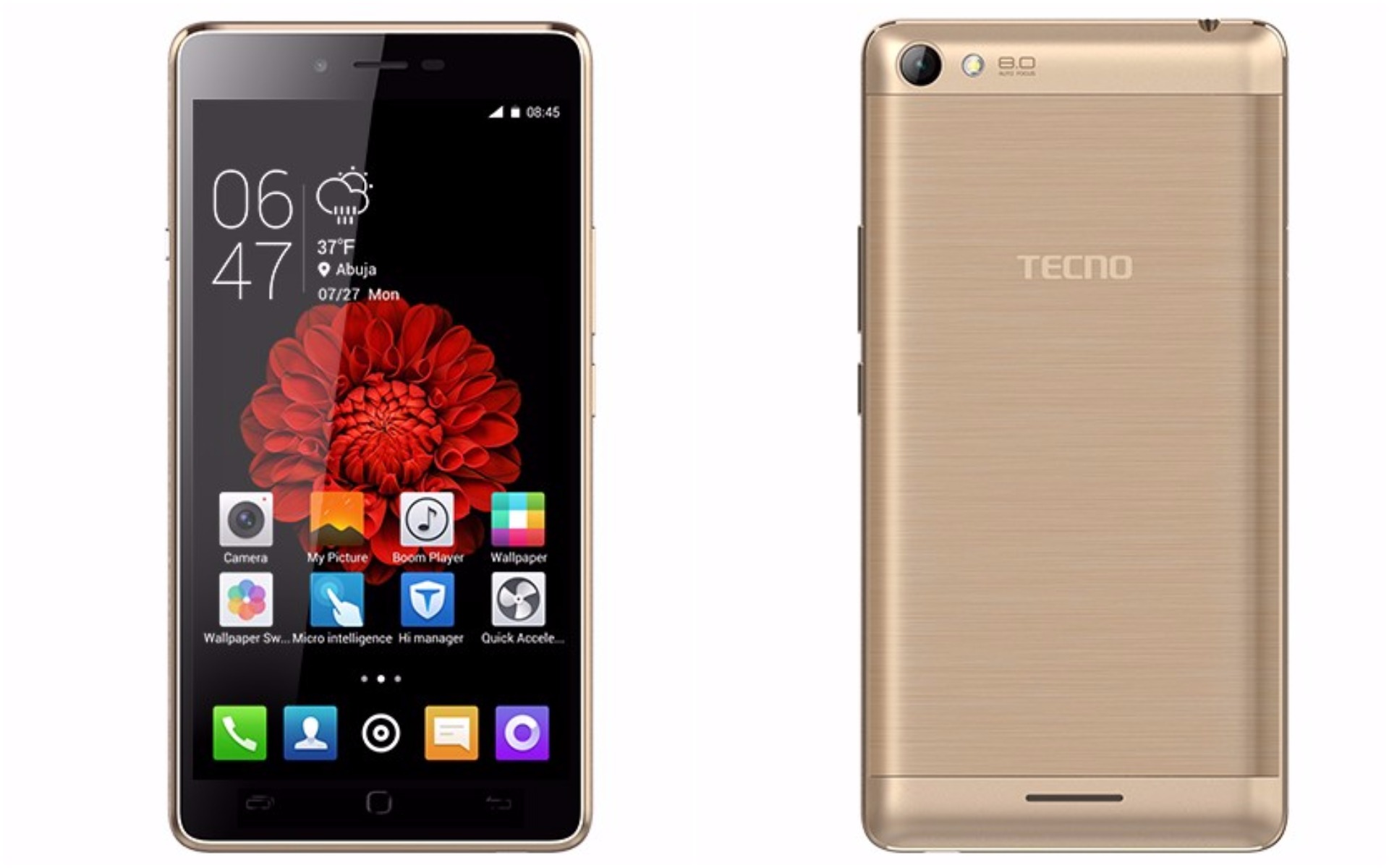 Tecno recently launched another entry level smartphone with a massive battery, the Tecno L8, in Kenya. This takes over from the Tecno L5 Which Was launched in January this year. The recommended price of the Tecno L8 in Kenya is Ksh 10,000. The biggest selling point of this phone is its 5050 mAh battery that can last for close to one week depending on your usage.

As you can see from the specs above, the Tecno L8 is a battery monster.

The Tecno L8 is made of plastic but has a metallic look that gives it a premium touch. The design is not that mind blowing but at least it is a slight upgrade from the L5.

As for the screen, it has a 5.5 inch one with a resolution of 720 x 1280 pixels, this translates to a pixel density of 267 ppi. This is not the best display out there but given that this phone is meant to last longer with a single charge, the low resolution can help a bit with that.

The Tecno L8 comes with 1GB of RAM and 16GB of internal storage space. If the 16GB is not enough for you, you can expand it to 128GB using a MicroSD card. With the 1GB of RAM, expect the phone to slow down from time to time if you are planning to run heavy applications. If you are not a heavy user, 1GB of RAM may be enough for you. For its price, 1GB of RAM isn’t so bad if you ask me.

The Tecno L8 is powered by a 1.3GHz dual-core MediaTek MT6572 processor, this is the same processor used on the Tecno L5 and the Tecno W4. As for the GPU, it comes with the Mali-400 one. It comes with Android 5.1 Lollipop with Tecno’s new UI, HiOS on top. It’s a bit disappointing to see this phone with Android Lollipop and we are not sure if it will be updated to Android Marshmallow.

The Tecno L8 has an 8MP camera with LED flash and Auto Focus at the back with a 2MP one in front. This smartphone is a battery warrior so you may not be impressed with the cameras so much, especially the front facing one.

Now to the main selling point, the 5050 mAh battery. This can last you fir quite a while depending on your usage. If you are a light user who makes a few phone calls, sends messages, a little bit of social media every day, you may get the battery to easily last over one week or even two. This is the smartphone you should get if you do not want a phone that has to be charged every day.

What is the Price of the Tecno L8 in Kenya?

No, the L8 from Tecno does not support 4G.

What is the Android version of the Tecno L8?

The Tecno L8 comes with Android 5.1 Lollipop out of the box.

When was the Tecno L8 released?

The Nokia C31 Specifications and Price in Kenya

The realme C30s Specifications and Price in Kenya

Infinix Hot 20i Specifications and price in Kenya