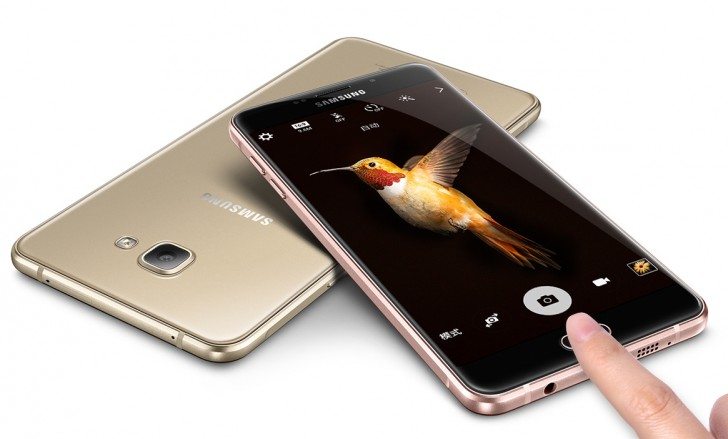 From the look of things, the Samsung Galaxy A9 will not be the only superior mid-range smartphone from the company. The company is also working on the Galaxy A9 Pro which we have been hearing about for over a month now.

The phone has just been spotted on AnTuTu where it revealed some of the specs it will come with. We have heard of some of its specs before but some of them a pretty new. Check out the photo below. 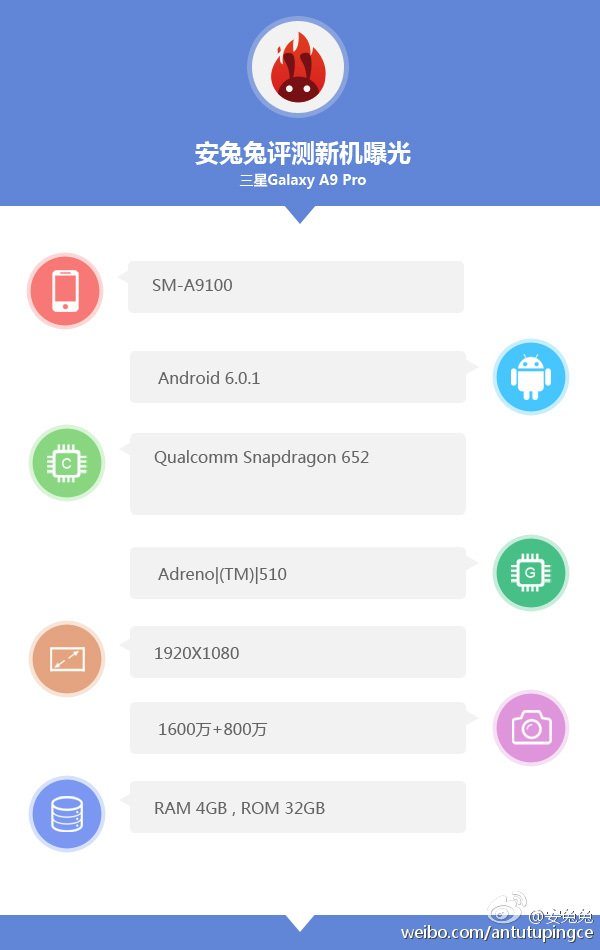 The Galaxy A9 Pro will be powered by a Snapdragon 652 chipset with Adreno 510 GPU. It is also expected to have 4GB of RAM (slightly bigger than 3GB of RAM on the original Galaxy A9) and 32GB of internal storage space. We still are not sure about the display size but previous leaks had indicated that it will have a 5.5 inch one.

We will keep you updated on the Samsung Galaxy A9 Pro and any other devices from the company as we get more information.