Snokor Rocket Z5000 Review: Is It Worth Your Money? 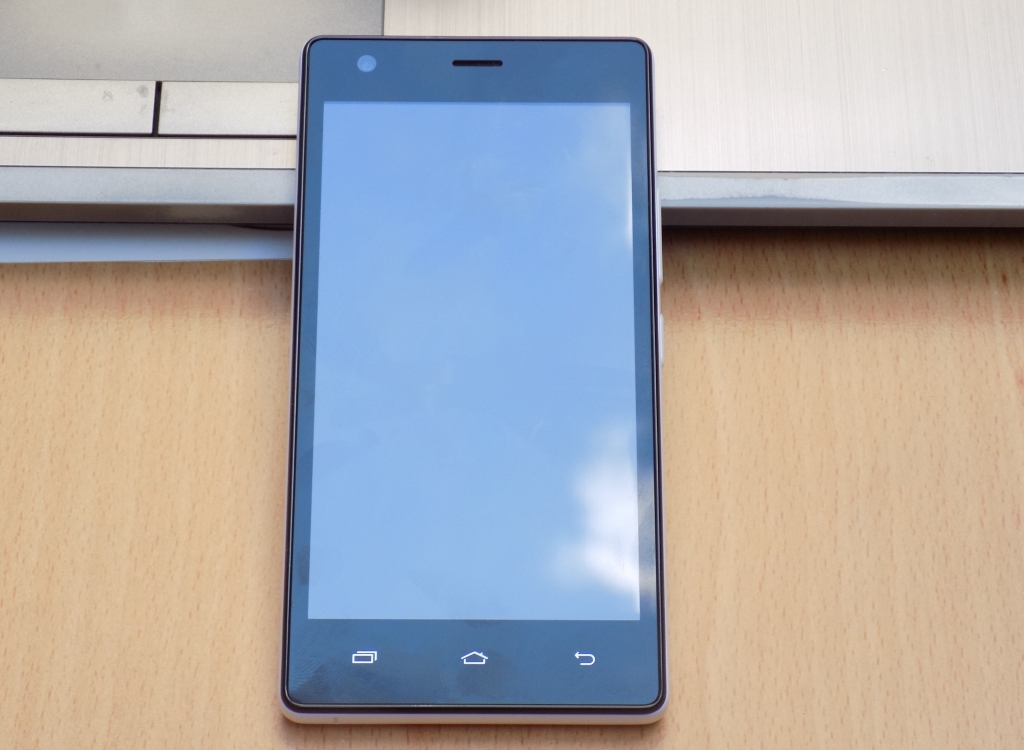 Have you heard of Snokor before? It is the latest smartphone brand to enter the Kenyan market and is part of Transsion Holdings, the same company behind Infinix and Tecno smartphones. The company’s first product in Kenya is the Snokor Rocket Z5000 that has been available in Kenya through ecommerce site, KiliMall for Ksh 6,499. The Snokor Rocket Z5000 targets the young university students or anyone looking for his/her first smartphone.

We have had a chance to use the Snokor Z5000 for about a week or so and we thought we would share our experience with it with you.

The Snokor Z5000 comes with the following items in the box. 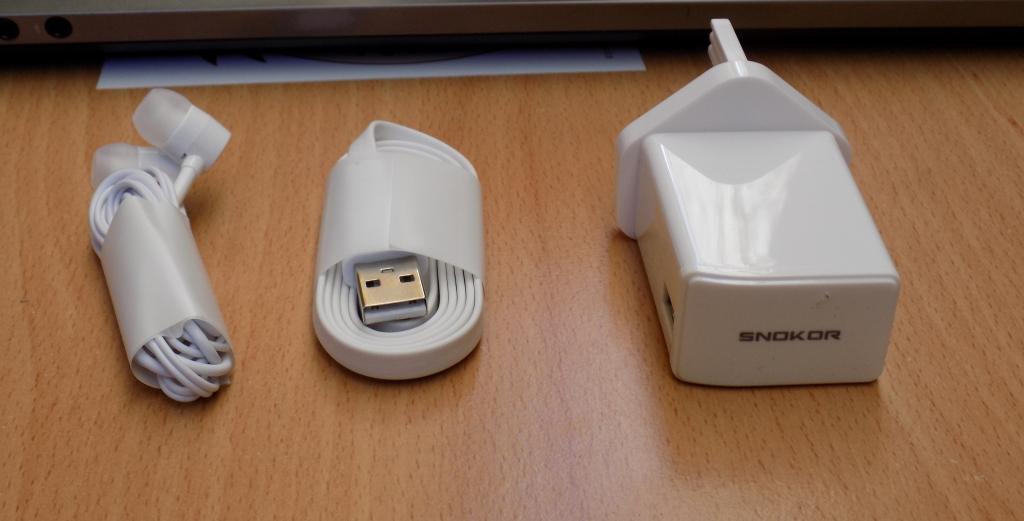 The Snokor Rocket Z5000 is an entry level smartphone with a decent design. Even though the phone has plastic edges and back cover, it does not feel cheap when holding it on the hand. The usual power buttons and volume keys are on the left with the headphone jack and the Micro USB port at the top.

The Snokor Z5000 gives out a colorful and fun persona that is appealing for most young people. I had the one with a glossy white back cover which looked absolutely beautiful. One thing I liked about the back cover is that it is not slippery and feels comfortable on the hand. The back cover is removable allowing you to access the battery, the SIM and the MicroSD card slots. 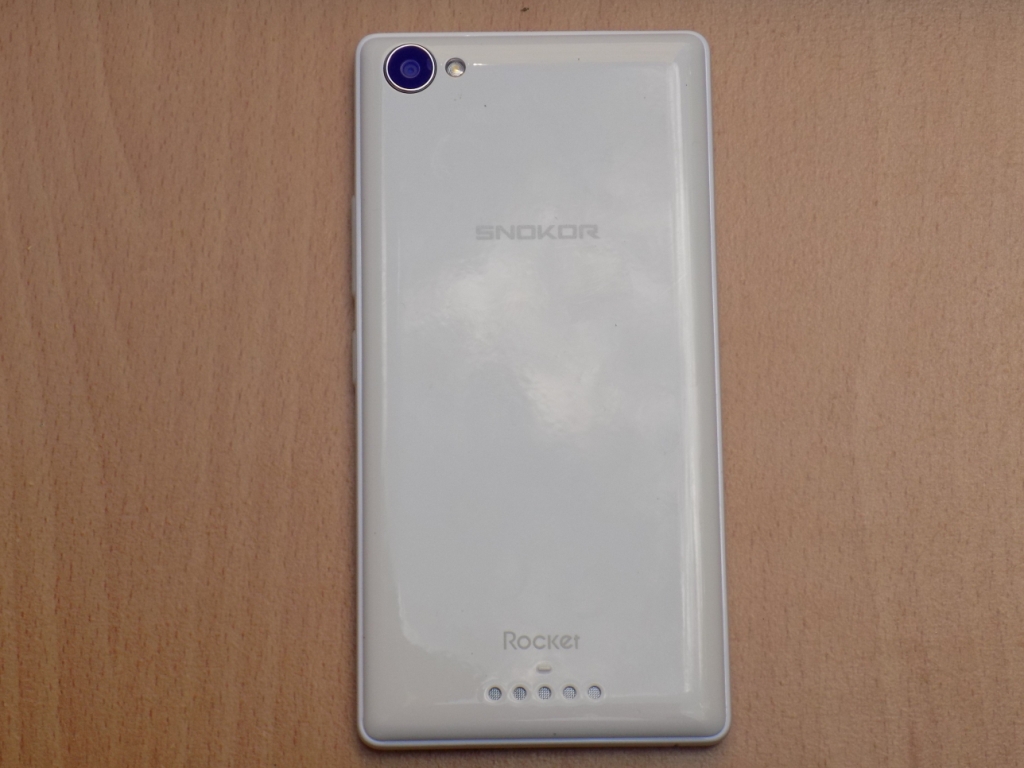 Overall, the design and build quality of the Snokor Rocket Z5000 is decent and looks better than most phones that cost Ksh 6,500 or less.

The Snokor Z5000 has a 5 inch IPS display with a resolution of 480 x 854 pixels. This resolution is not the best and am not a fan of it. I believe Snokor could have pushed it a bit to 540 X 960 pixels. This would have set it apart from most other smartphone within this price range (Ksh 6,499).

The 5 inch display gives the phone a small size that makes it easy to hold it on the hand and carry it around. The screen’s brightness is quite good and I did not have any issues with it. It is also very responsive and this is something that most smartphones within this price range struggle with.

Viewing the display from the side and under direct sunlight does not affect the experience that much. This is also something that surprised me especially when viewing the screen from the side, I expected to see pixelated images as is usual for most phones within this price range.

The specs of the Snokor Rocket Z5000 are decent to me (except the display). The phone is powered by a 1.2 GHz Quad Core Spreadtrum SC7731 processor. I did not have any performance issues with this processor during the review period. As for RAM, the Snokor Z5000 has a 1GB unit with 8GB of storage space. The RAM was also quite good and I did not experience any problems with it when running normal and some intensive apps.

If the 8GB of storage space is not, you can get an SD card and upgrade it. I recommend you get the SD card when getting this phone as storage space will run out very fast especially for those who take a lot of photos or those who want to store a lot of files on their phones.

The Mali-400 MP GPU on the Snokor Z5000 proved reliable and I was never disappointed during the review period. This GPU can handle even graphics intensive games easily.

For the software underneath, the Snokor Z5000 is powered by Android 5.1 Lollipop. There is no news if or when it will be upgraded to the latest version, Android 6.0 Marshmallow. 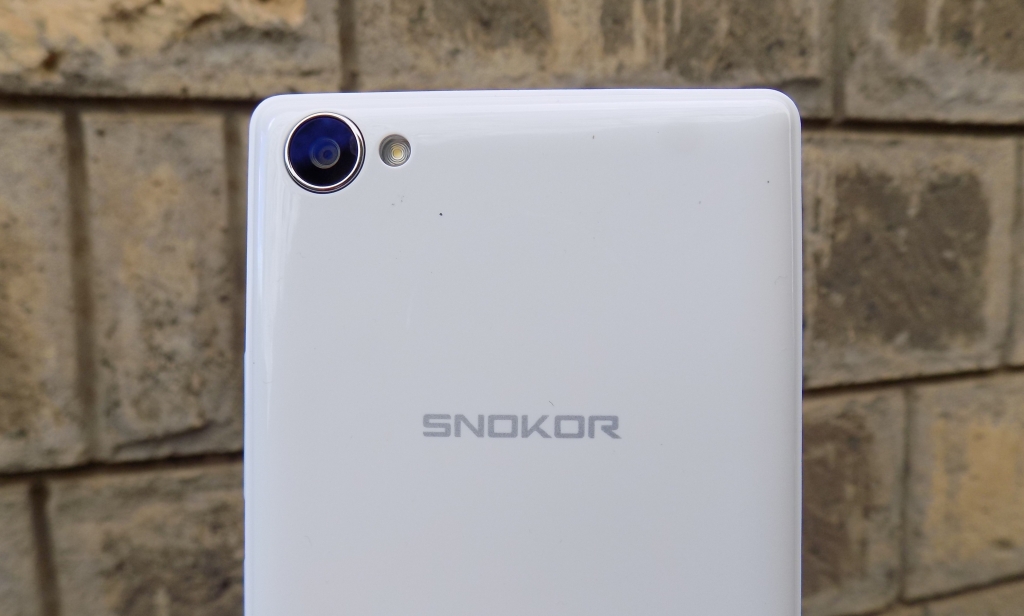 The Snokor Z5000 has a 5MP unit at the back with a 2MP front facing one. Both these cameras take decent shots with good lighting or when outdoors. When indoors, the main camera can still take some good photos but this is not the same for the front facing camera. If you are planning to buy this phone, make sure you always take photos in rooms with very good lighting if you want good photos you can be proud of.

One area that the Snokor Rocket Z5000 stands out is in the battery department. It has a 3600 mAh battery (which is even bigger than the one on the Phantom 5 that am using). I could easily go the whole day or two without charging it. The low screen resolution and not so big screen size means that the phone does not consume so much power with normal usage. This is where you see the low screen resolution as an advantage.

There is no information that the Snokor Z5000 supports quick charging but the battery charges slightly faster than most smartphones I have used before. The Snokor Z5000 also supports OTG Two way charging, this means that you can use it as a power bank and charge other devices. This is a cool and interesting feature you do not expect to find on a smartphone within its price range.

In conclusion, the Snokor Rocket Z5000 is quite an interesting device. It brings some serious competition to the entry level market segment and this is something that is welcomed. It is one of the best devices you can get for Ksh 6,500 if you ask me. It has features that make it stand out and this is something good. 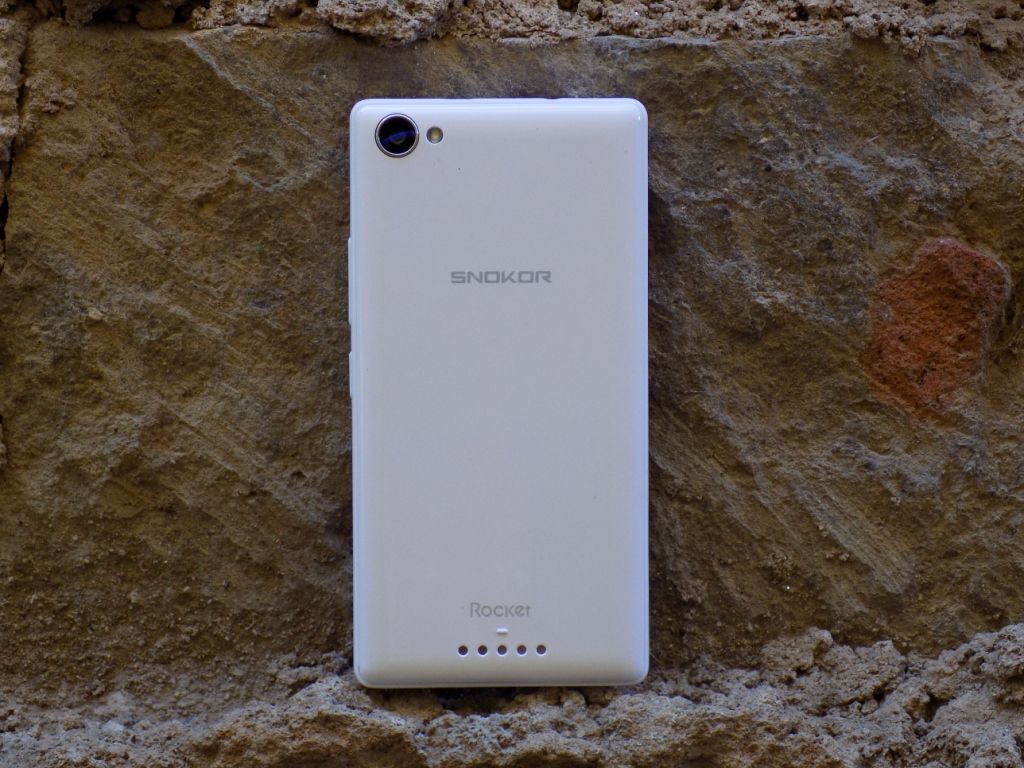 As to what I like about it, I will have to say I was impressed with the big battery, OTG support, performance, colorful (and fun) design. Out of all these, I would have to say the performance is what stood out for me. The phone is not the fastest out there but at least does not lag or slow down when you are using it. Performance is not something that stands out in most entry level devices but it does for the Snokor Z5000.

I was not impressed with the low screen resolution and front facing camera. They are not so bad for a phone within this price range, but I believe Snokor could do much better with the successor to the Z5000.

Overall, the Snokor Z5000 is a decent smartphone available at a very friendly. It is perfect if you are looking for your first smartphone and do not want to worry about low performance.

Read More: Snokor Enters the Kenyan Market and Wants a Share of the Growing Smartphone Market