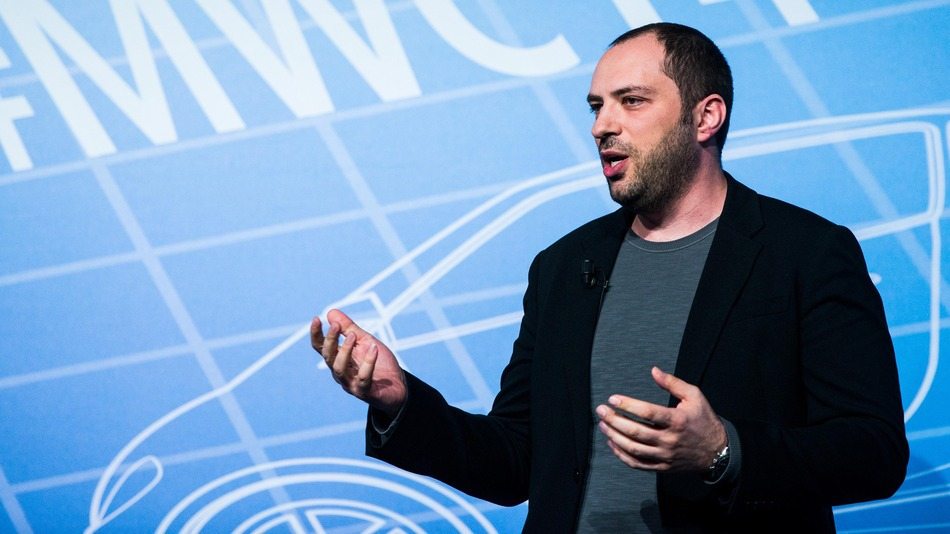 So Apple finally unveiled iOS 8 on Monday. This is the latest major update by the company and will start rolling out to users at a later date. The update was received well by most iOS users I have time to talk to so far. Most liked it because of the cool features it added including  spotlight, quick type keyboard, interactive notifications, enhanced phot editing features among others.

With all these and many more new features WhatsApp thinks that Apple has illegally borrowed most of its features and added them to iMessage. WhatsApp CEO Jan Koum took his frustrations to Twitter late Monday night saying, very flattering to see Apple “borrow” numerous WhatsApp features into iMessage in iOS 8 #innovation.

He did not clearly state the features that Apple has “borrowed” but it can be any of the new features such as the ability to add audio, Video or locations into conversations. These features are already available on WhatsApp.

During the presentation, Apple also announced that the audio and video attachments would self destruct unless the users chooses otherwise. This is a feature seen mostly on SnapChat but the company is not mad and said, “It’s exciting to see other companies begin to embrace deletion by default.”

For Apple and WhatsApp, we will have to wait and see what actions or statements they will issue as time goes by. For my part I think it is not that bad as this feature was bound to come at one point or another and is not entirely owned by WhatsApp. But again Apple should have gone the diplomatic way as to implement them probably with the help of WhatsApp.