What is an eSIM and how do you get started with one? 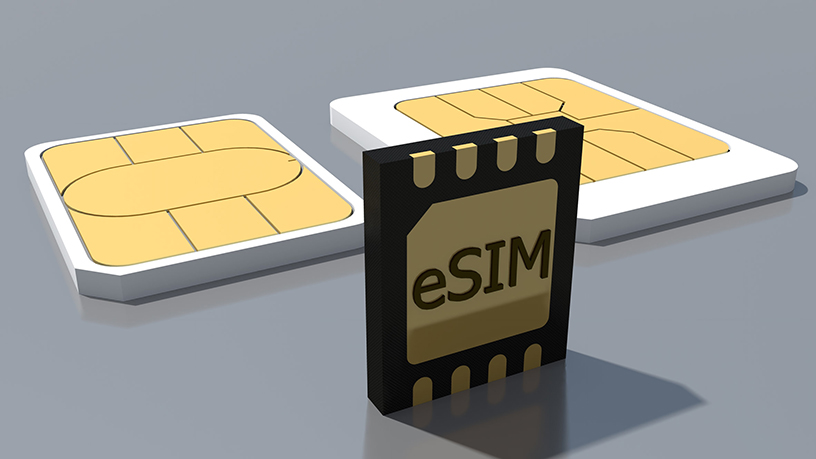 Ever since Apple unveiled the iPhone 14 series, there has been talk about the company pushing for eSIM adoption by removing the physical SIM card slots on these new phones. This is mostly for those iPhones sold in the US as you will still be able to get the iPhone 14 with a physical SIM in other markets. Even with that said, it is important to understand what the eSIM is all about as we should be seeing it on more devices in the future.

What is an eSim?

An eSIM (short for embedded SIM) is described as a SIM card that is built into the phone. It is hardwired to the phone and unlike the physical SIM that contains information the network uses to identify you, an eSIM lets your phone write that information onto it. With that in mind, the information can be rewritten multiple times unlike with a physical SIM.

eSIM tech has been around since 2012 so it is not new but it is still not that popular. Most of the major smartphone manufacturers have had eSIM support on their devices for years. Samsung and Apple have had eSIM devices and even though they did have eSIM support, the devices also had physical SIM card slots for those who preferred them.

What are the advantages of using an eSIM?

Use more than one Phone number – Having an eSIM allows you to have more than one phone number on the same phone. You can have one number for personal communication and the other one for work without the need of carrying two phones with you.

How to set up your eSIM

If you are a Safaricom customer, the company recommends you visit any Safaricom Shops to purchase the eSIM at KSh150 to do a SIM Swap from your physical SIM Card to eSIM. For an eSIM with a new phone number the customer will pay KSh 250. You will need your Original identification documents such as ID, Passport.

Read: How To Update Your Safaricom, Telkom and Airtel SIM Card details Online

eSIM support is still limited and Safaricom customers can only use the following devices:

Some other phones from other manufacturers that support eSIM include Oppo Find X5 Pro, Google Pixel 6, Huawei P50 Pro and others. It is wise to contact the network provider you use to ask if they can support your device before you proceed buying it.