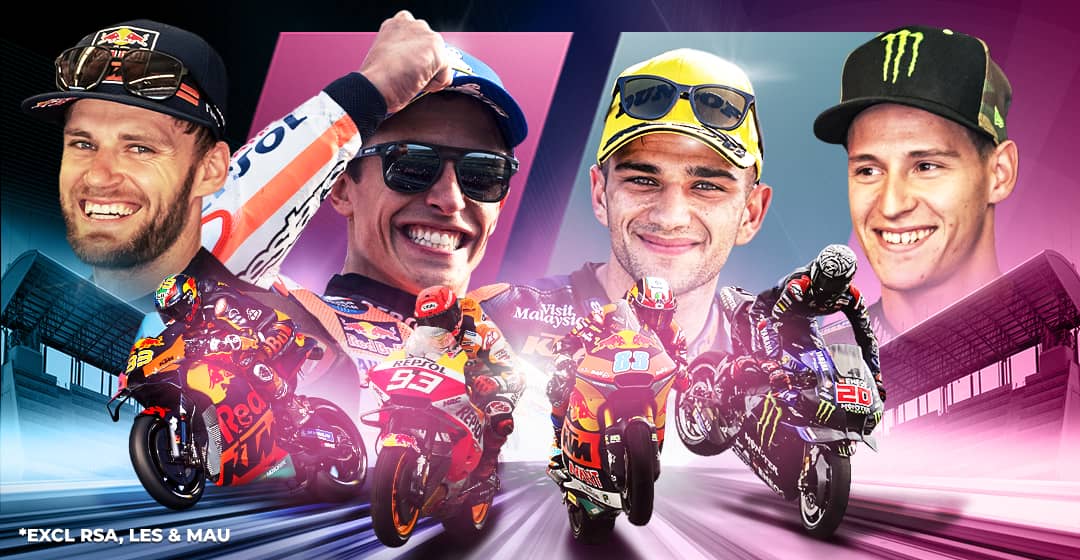 Twelve teams, 24 riders, 21 weekends: the 2022 MotoGP season is finally here. This Sunday, 6 March 2022, Showmax Pro subscribers (excluding those in South Africa, Mauritius and Lesotho) are in for a ride (literally) as the Grand Prix of Qatar prepares for the much anticipated season kick off. With four days to go and teams having already arrived in Qatar, all eyes are on French rider Fabio Quartararo who will be looking to defend his maiden title after winning the Championship last year.

Quartararo will be riding alongside his teammate Franco Morbidelli who will be getting his first full season with the Yamaha Factory squad. South African Darryn Binder will also be joining his brother, Brad – becoming the second rider in history to jump straight from Moto3 to MotoGP after Jack Miller. Also making the step up is reigning Moto2 champion and runner-up Remy Gardner and Raul Fernandez who will be racing as teammates with Tech3 KTM. This will be the first MotoGP season since 2002 to not feature Valentino Rossi, who retired at the end of the 2021 season.

With the full season available on Showmax Pro across Africa (excluding South Africa) live on Showmax Pro, subscribers can look forward to watching all 21 racing events, and other competitive riders such as last year’s runner up Francesco Bagnaia, six-time World Champion Marc Marquez, Joan Mir and 2021 Rookie of the Year, Jorge Martin. In addition, there are two new exciting destinations to look forward to this season: Finland (returning for the first time since 1982) and Indonesia (for the first time since 1997).

Showmax Pro viewers in Africa (excluding South Africa, Mauritius and Lesotho) can catch the season kick off at these times on Sunday:

Read: showmax Kenya Packages and Price and Ways to Pay