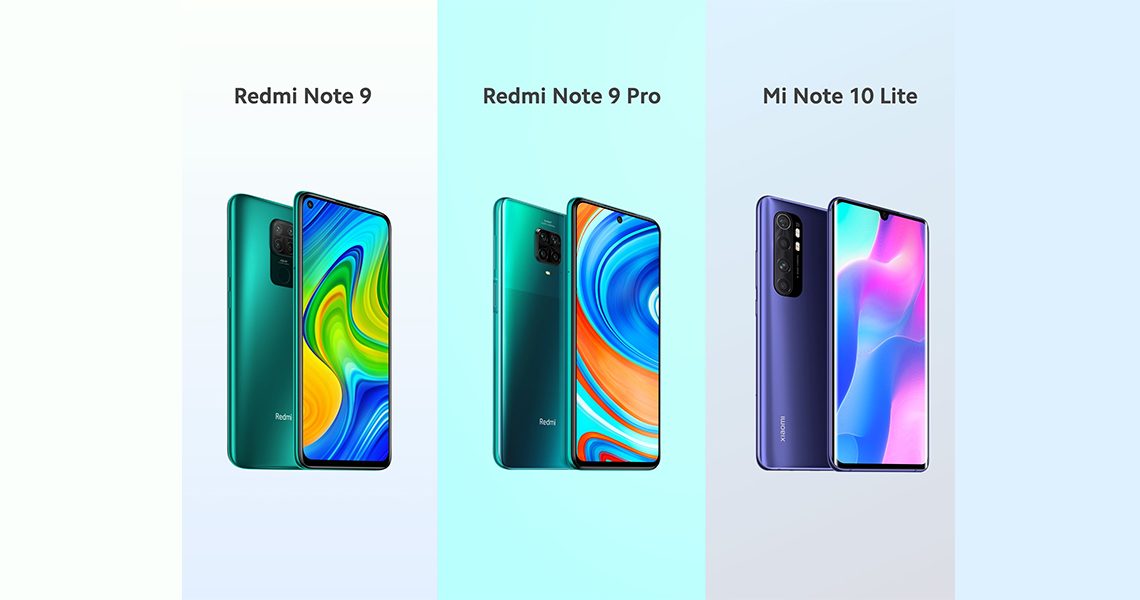 Xiaomi has officially unveiled the Redmi Note 9 Pro, Redmi Note 9 and Mi Note 10 Lite smartphones in Kenya. The three devices were launched in Kenya last week and you can now get them in Mi Home stores in the country and online through Jumia.

The Xiaomi Redmi Note 9 pro comes with a 6.67-inch Full HD+ display which has a punch-hole notch at the top. It has Gorilla Glass protection on this display as well as on the back of the phone. At the back is also where we find the quad-camera setup in a square design.

Powering the phone is the Qualcomm Snapdragon 720G processor that as I have mentioned is paired with 6GB of RAM and either 64GB of 12GB of internal storage space. The storage space is expandable using a microSD card for those who want more. The phone comes with Android 10 with MIUI 11 out of the box.

The back camera is made up of a 48MP main sensor, an 8MP ultrawide sensor, 5MP macro sensor and a 2MP depth sensor. For the selfies we get a 16MP sensor that is in the punch hole.

The Redmi Note 9 will also be available in two variants with the 3GB RAM and 64GB of space variant going for Ksh 19,999 while the 4GB RAM and 128GB option going for Ksh 24,999. This is the smaller brother to the Note 9 Pro and that is evident with the specifications.

Below is a look at the said specifications.

The third device announced by the company is the Xiaomi Mi Note 10 Lite that in Kenya is available in two variants, one with 64GB of storage with the other one with 128GB of storage. They are available in the country for Ksh 37,670 and Ksh 39,070 respectively. They both come with 6GB of RAM.

For the cameras, it has a 64MP primary sensor at the back that has been paired with an 8MP ultra-wide-angle lens, 5MP depth sensor and a 2MP macro sensor. For selfies, it has a 16MP SENSOR.

The battery used here is a little bit bigger at 5260 mAh. This battery supports 30W fast charging through the Type-C port.