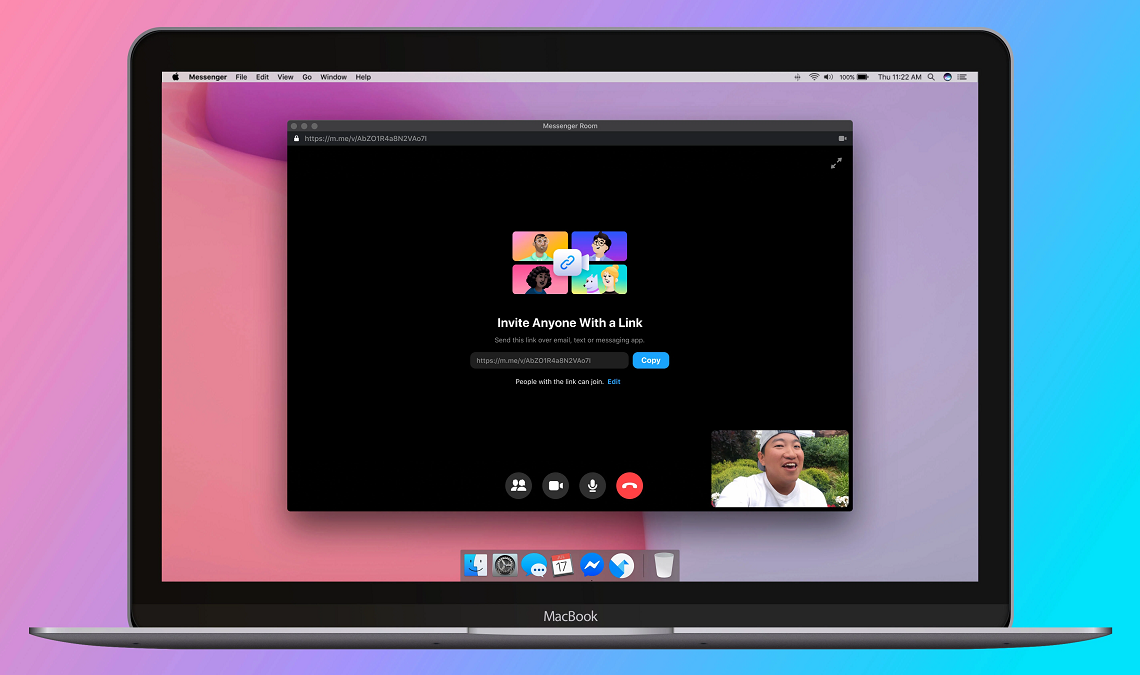 Barely three weeks ago, Facebook debuted Messenger Rooms, a new teleconferencing platform to take on the likes on Zoom and Microsoft Teams. The company already tipped about launching Messenger Rooms across other Facebook-owned platforms, including WhatsApp, Instagram, Portal, and the legendary Facebook.

Spotted by WABetaInfo in WhatsApp Web beta version  2.2019.6, the platform is currently testing a Messenger Rooms shortcut. From a photo shared by the publication, the shortcut is located in two locations: in actions list inside chats and the main menu. This gives us the earliest view of the feature.

The feature seems to be in early development, says WABetaInfo, but is already available to few select users. Facebook has been previously spotted, developing a similar feature on Android.

On Android, this feature will be located on the share sheet menu, according to an early beta version submitted through the Google Play Beta Program last month. Another shortcut has also been placed on the Calls tab in addition to WhatsApp’s calling feature.

In the long run, we expect Messenger Rooms to debut across Android and iOS as well. Messenger Rooms, Facebook’s dedicated teleconferencing platform, supports up to 50 participants and has no time limit. It also accommodates anyone, even those who don’t have a Facebook account.

Actual rollout dates are not yet known, although Facebook said it would be available in globally in the “coming weeks” at the time of launch.