The Infinix Hot 8 is Available on Pre-order in Kenya for Ksh 11,000 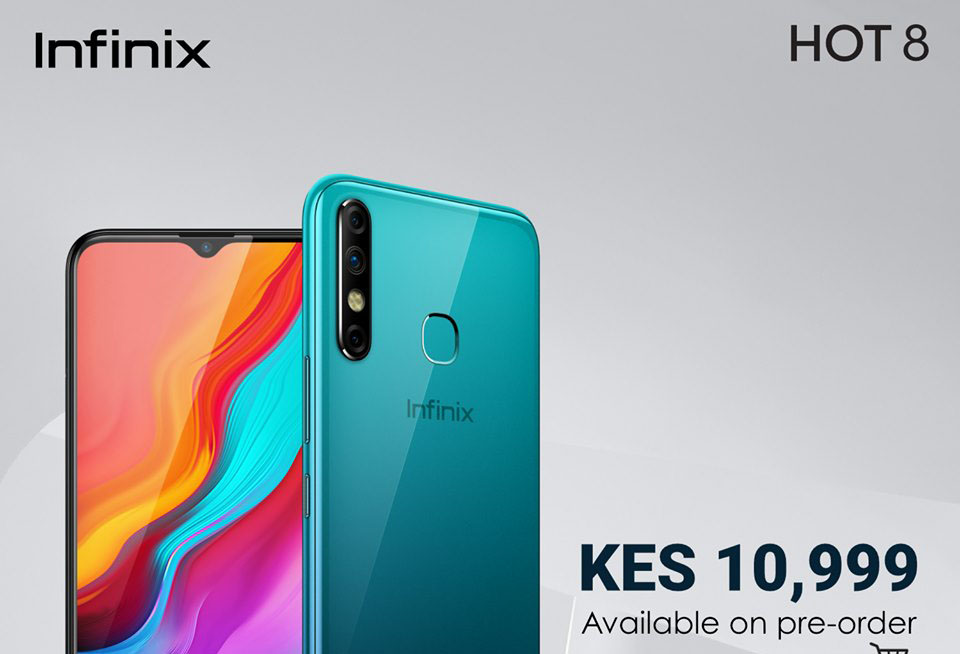 We have known for a while that the Infinix Hot 8 is about to be launched in Kenya. That has not happened yet and I will update you when things change.

The pre-order price for the Infinix Hot 8 is Ksh 10,999 while the Infinix Hot 8 Lite is available for Ksh 9,999. One of the key differences between the two is that the Hot 8 is 4G enabled while the Hot 8 Lite is not. It is quite interesting to see Infinix bring both variants and given the fact that their prices are pretty much in the same range, I don’t get why the company decided to have the two models and not just stick with the 4G variant.

The Infinix Hot 8 is the successor to the Hot 7 from earlier this year. Seeing two devices from the same series in one year is not that strange as the market changes so much within the same year and the players have to make sure they stay competitive.