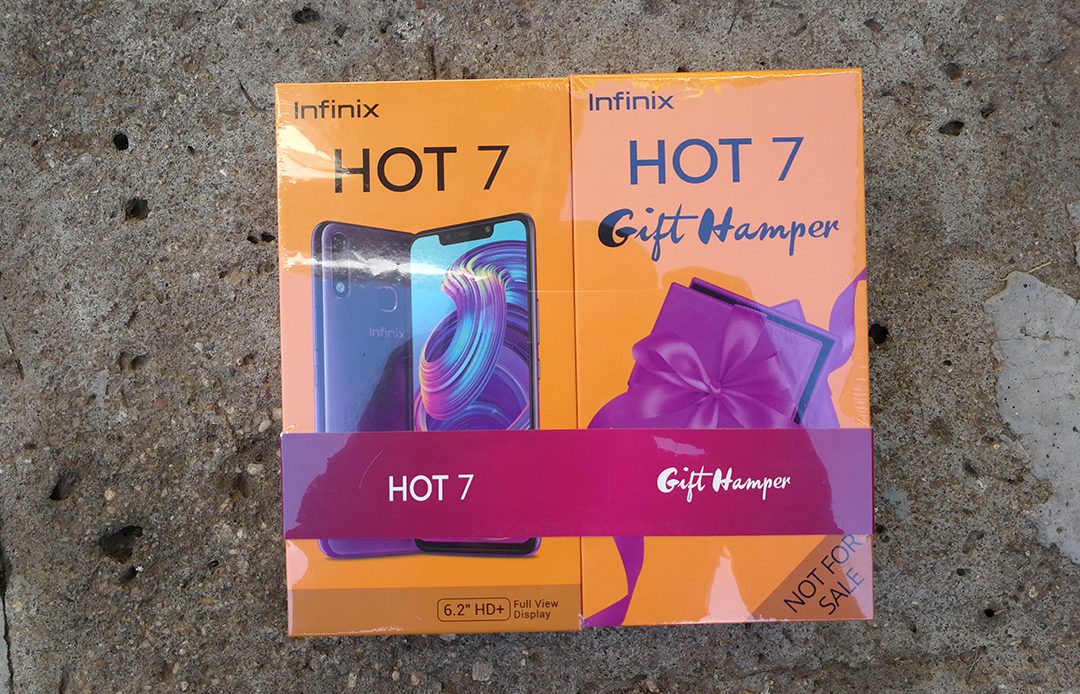 Infinix HOT 8 is nearing its launch although we have not received an official launch date yet from the local office. Infinix HOT 8 will succeed Infinix HOT 7 that was launched back in March this year.

According to a leaked retail box, the device will feature a large display with a selfie camera housed in a waterdrop notch. From the box, the phone spots slim bezels and a thin chin.

Although we cannot see what is on the rear of the device, there must be definitely some improvements over its predecessor, HOT 7 – if not, what is the point of a new device then anyways?

Under the hood, Infinix HOT 8 runs on 4GB of RAM paired with a 64GB of internal storage. Also, we can tell that the device will have support for 4G LTE network, simply what you expect in each and every 2019 device. But considering the HOT 7 only supported 3G, the upgrade was much needed.

The device is expected to be launched in India later this month and will definitely cost a little bit more than its predecessor.