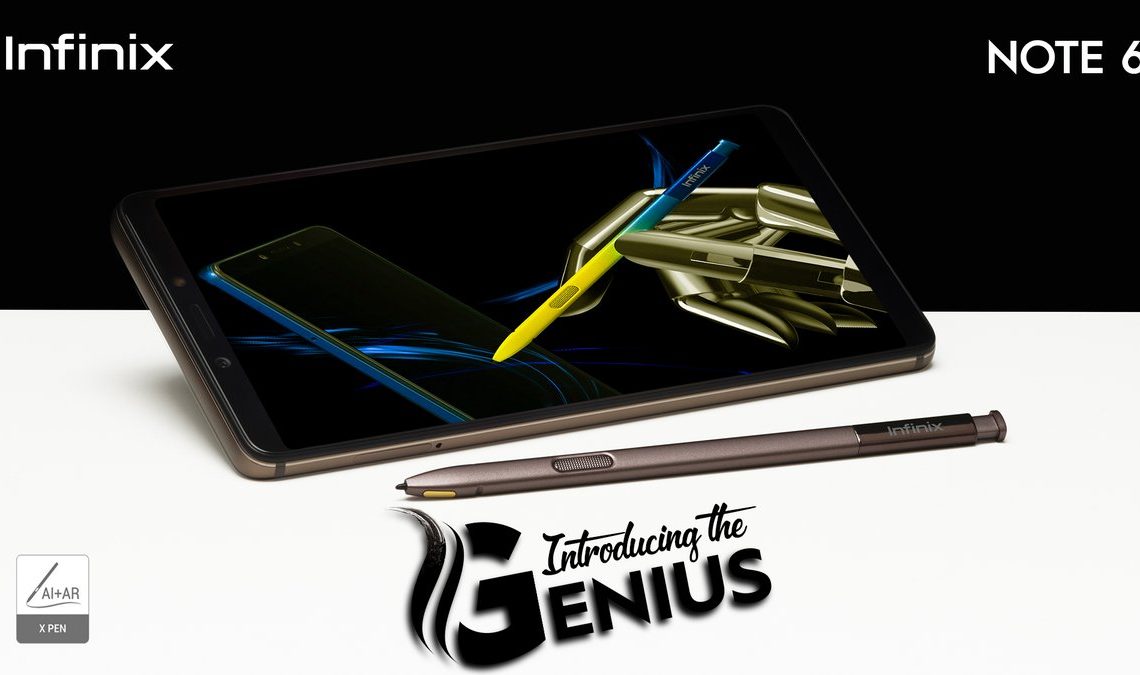 Infinix has already tipped their upcoming device, Infinix Note 6 which will be announced in Nigeria soon. Although we are still waiting for the official Phantom 9 launch in Kenya, the upcoming NOTE 6 packs the same hardware under the hood as the Phantom 9. Which makes the Infinix NOTE 6 an immediate but not so perfect competitor to TECNO’s flagship device.

The INFINIX Note 6 features a 6.01-inch AMOLED FHD+ (1080x2160p resolution) display with an 18:9 screen to body ratio which we are used to at this point. However, Note 6 relies on MediaTek’s Helio P35 mobile chipset clocked at 2.3GHz as its powerhouse paired with a PowerVR GE8320 GPU unit.

Like its predecessor, the NOTE 6 includes the Galaxy Note ‘borrowed’ stylus pen feature named X-Pen. The stylus pen has both AI and AR capabilities, which is not yet clear what those will imply for Note 6.

On the rear end of the device, it features a triple camera setup with a 16MP primary camera, 8MP wide-angle lens, and a 2MP depth sensor. The primary camera supports Dual LED flash. The selfie camera, on the other hand, is a 16MP low-light sensor.

The device packs 4GB RAM with 64GB internal storage, and sadly there’s no variant model. Other features of the Note 6 include; latest XOS Cheetah 5.0 with Android 9.0 Pie underneath, Face Unlock and Animojis. This year’s model misses out on the Android One program, which was a bit of a boost to last year’s Note 5 device.

Here is a detailed looks of the specifications.