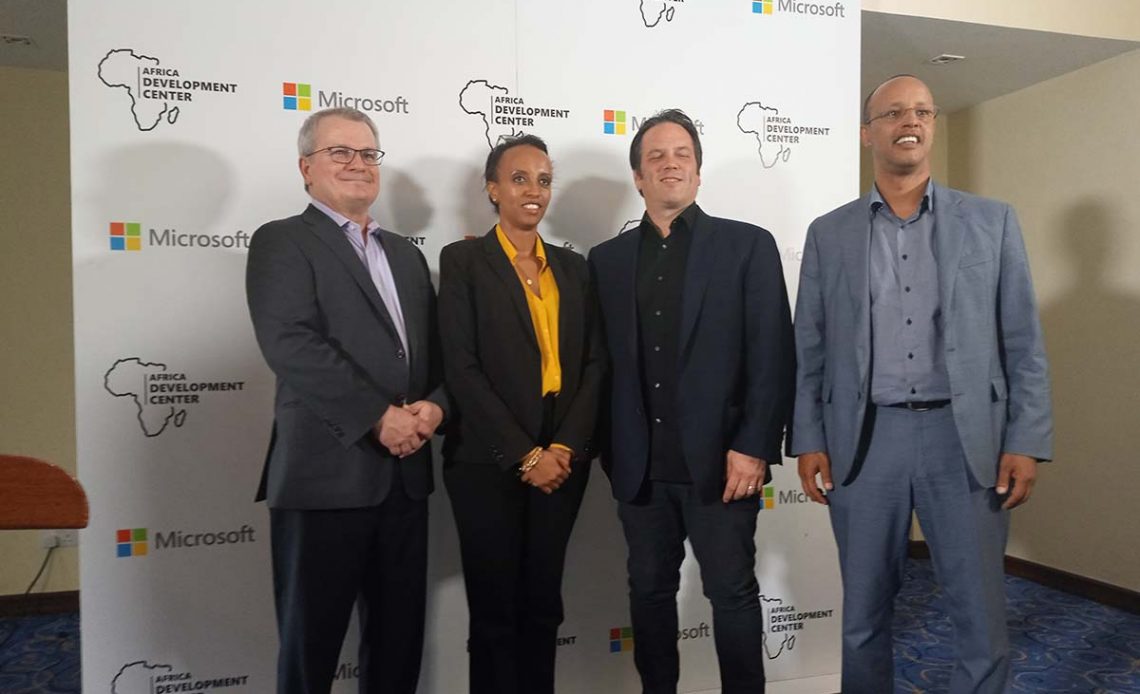 On Tuesday, Microsoft officially launched its first Africa Development Centre (ADC) in Nairobi. This is one of the two sites where ADC will be located. The other one will be in Lagos, Nigeria.

Most multinational companies that operate in market such as Kenya rarely come up with products and solutions specifically for the local market. They mostly copy what they have in other markets and adopt them for local markets. Microsoft wants to change this on its part and that is why the opening of the first Africa Development Centre in the country is important. This is Microsoft’s 7th development centre in the world as of now.

Through the Africa Development Centre, Microsoft plans to recruit African engineering talent to develop innovative solutions that span the intelligent cloud and intelligent edge. With university graduates not finding jobs locally, such opportunities are needed for opening up the continent to the world and creating opportunities for locals. These engineers are the ones who will build up local solutions for the continent and they can even work on solutions for the global audience.

Speaking during the launch, Phil Spencer, executive vice president at Microsoft said that the ADC is not like any other investment the company has made on the continent. He said that Microsoft will use it to listen to its customers, develop locally and scale for global impact. If you use most of the products from Microsoft and other companies, you know that most are not built specifically for this continent. In such cases, there might be some disconnect with some customers who may decide not to use the products or services. This is what the ADC will address and this is what justifies the investment.

The one area where we will be seeing changes is in gaming. Microsoft understands that Africa is a mobile economy and not every gamer is able to afford a console. The company has plans to bring some of its games to mobile users through different avenues. These can include the ability to stream the games from remote servers directly to their mobile phones. As long as the user has a mid or high-end smartphone that can handle the graphics, they may be able to play some of the popular titles on their phones. With this, Microsoft hopes to bring in more Africans to the gaming ecosystem.

Still on gaming, through the ADC, we may see localized features such as payment options using M-Pesa or the ability to earn points that can be redeemed for various rewards. These are just some of the ideas that we may see implemented since the ADC is now in Kenya and the Microsoft is able to listen and learn what the customers want.

Microsoft already has staff working in the ADC but is actively recruiting more of them. “Our desire is to recruit exceptional engineering talent and provide the opportunity to work on the latest technologies suitable for Kenya and the rest of the world,” says Michael Fortin, corporate vice president at Microsoft and the lead in establishing the first ADC engineering team in Nairobi. This will let engineers plug into a global engineering and development organization while working in their home countries.

As for the financial investment, Microsoft says the ADC infrastructure and employment of qualified local engineers across the two ADC sites is expected to total US $100 million over the first five years of operation.

For the ADC, Microsoft is seeking engineering talent in artificial intelligence (AI), machine learning and mixed reality. With the initial team of engineers already starting work, the ADC intends to recruit 100 full-time engineers by the end of 2019 – expanding to 500 across the two sites by 2023. Applications are open on the ADC website.

Worth reading...
Introducing Kasha, An E-commerce Platform for Women