Samsung Unveils the Galaxy A6 and A6+ Smartphones with Infinity Displays 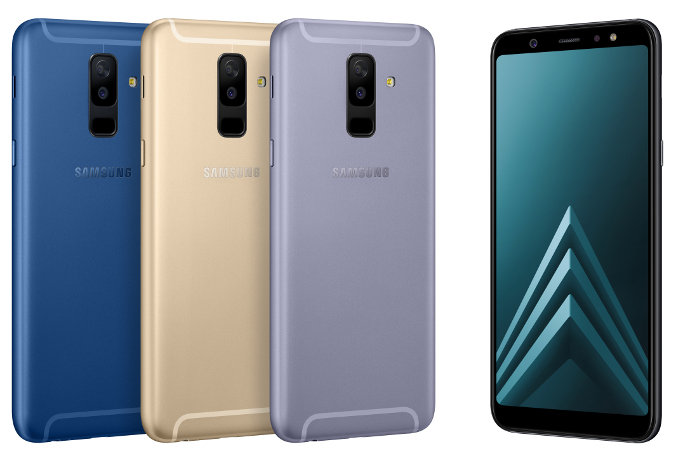 Most of the recent premium devices from Samsung stand out because of their infinity displays. If you have used any of the recent flagship smartphone from the company, then you know how good these displays are. They look really good but the company has limited their availability to its flagship devices.

The launch of the Samsung Galaxy A6 and A6+ brings the infinity display to this series of mid-range devices. We have seen numerous leaks of these phones in the last couple of weeks and they are finally here for those who have been waiting for them. With these, Samsung hopes that it can differentiate its mid -range line from what is currently available on the market from other manufacturers.

The Galaxy A6 and A6+ have the same design but different sizes. This is something we have come to expect from Samsung devices with a Plus variant. The two devices also share most of the other specifications with a few differences here are there.

Here is a look at some of the specifications of the standard Galaxy A6.

As you can see, the A6 is not that bad of a device. Now have a look at the specifications of the Galaxy A6+.

Both variants will be available in lavender, blue, gold and black and will go on sale this month.

Also Read: Buying A Mobile Device From Samsung Could Win You A 40” TV