Sony is Pushing Android Nougat Update to the Xperia Z5, Z4 Tablet is Next

Sony is one of the few manufacturers that has been active when it comes to updating some of its devices with Android 7.0 Nougat. The company started updating one of its most recent flagships, the Xperia X Performance, back in November and is now expanding the program to even more devices.

The company has started rolling out Android Nougat update to the Xperia Z5 and the Xperia Z5 premium. This update was certified by PTCRB (a wireless device certification forum led by North American mobile operators) a few days ago so we knew it was on its way. PTCRB also certified Nougat update for the Xperia Z4 Tablet and Z3+ series devices, expect to see that update pretty soon too. 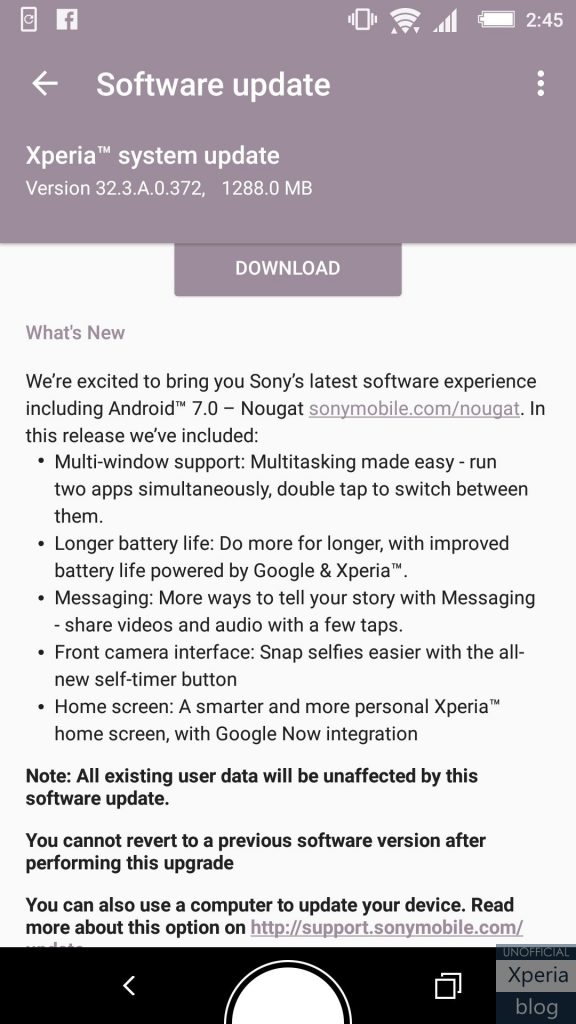 The update pushes the build number from 32.2.A.5.11 to version 32.3.A.0.372. It introduces some Android Nougat features to Xperia users and including multi windows support. Besides this, the update also brings a new home screen with Google Now integration, improved battery life, improved front facing camera interface among others.

The update has just started rolling out so give it time to get to you if you don’t have it already.