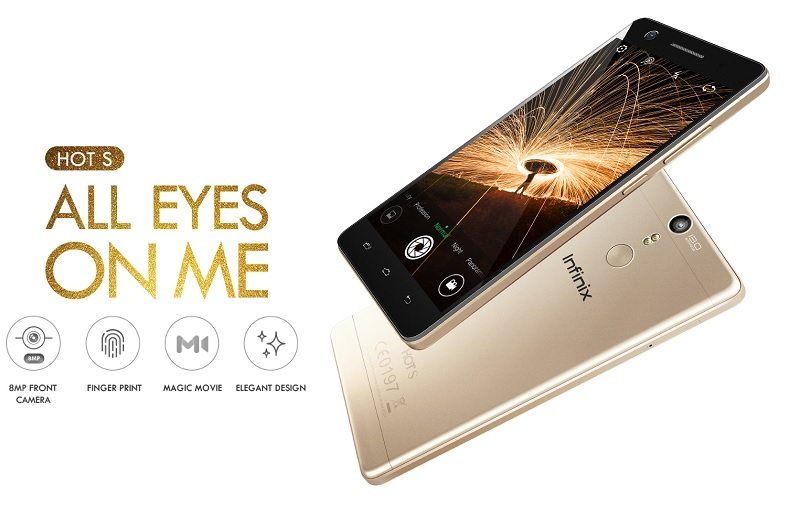 Back in July, Infinix launched the Hot S smartphone in Nigeria. This was the first smartphone from the company to come with a fingerprint sensor and the company’s new customized UI, XOS. When the phone was launched in Nigeria, I reached out to my sources inside Infinix here in Kenya to ask the if the company has any plans to bring the phone into the country. The answer I got from them was no, at least for the short term until they launch the Infinix Note 3.

Well, the Note 3 was launched in the country two days ago and now we are getting information that the company may bring the Hot S into Kenya very soon. This is according to Infinix co-founder Benjamin Jiang who spoke to TechWeez yesterday. He said that we might see this phone in the country either at the end of this month (August) or early next month (September).

According to Jiang, Infinix is still finalizing arrangements with an unnamed local network operator who will exclusively have the device. Even though Jiang did not mention the operator, it most likely is Safaricom. Safaricom isn’t a huge fan of dual SIM devices, which the Infinix Hot S is, so we might see a different single SIM variant launched in Kenya if the company ends up being the exclusive partner for this device.

Infinix is also keen to see how the Hot S performs in Nigeria and Egypt before bringing it to Kenya, this is according to some sources inside Infinix Kenya. All we can do right now is wait and see what the company does, hopefully it will launch the phone very soon.

For those interested, below is a look at some of the specs of the Infinix Hot S.

Camera: 13MP at the back with dual LED flash, 8MP front facing one.