The Microsoft Lumia 950 Specifications and Price in Kenya 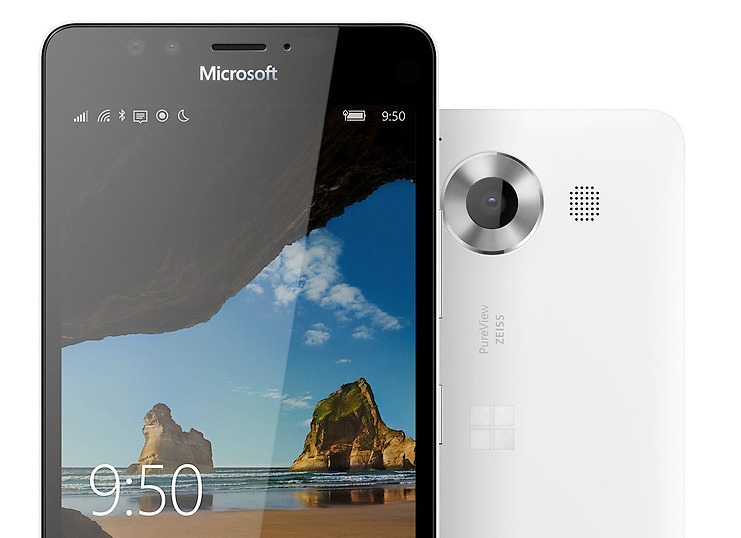 The Microsoft Lumia 950 was officially launched in October 2015 and was one of the first Lumia smartphones to come with Windows 10 Mobile. The phone is finally available in Kenya for Ksh 65 000. Since it is a high end device, it comes with some premium specs that any true Windows fan will appreciate. This is the first flagship Lumia smartphone since Microsoft acquired Nokia mobile division close to two years ago.

Below is a look at its specifications.

The Microsoft Lumia 950 is a high end device and this is reflected in its design. It has a durable matte plastic build which is similar to what we have seen on other Lumia smartphones before. Its design is clean, minimalistic and premium which am sure many people will appreciate.

As for the display, it has a 5.2 inch AMOLED capacitive touchscreen with a resolution of 1440 x 2560 pixels. This translates to a pixel density of 564 ppi. This display is protected by Corning Gorilla Glass 3 and has ClearBlack technology that makes sure you have no problems seeing what is on the screen.

The Microsoft Lumia 950 comes with 3GB of RAM and 32GB of internal storage space that can be expanded up to 200GB using a microSD card. This is not a bad combination for a high end smartphone.

The Lumia 950 has a 20 MP Carl Zeiss camera unit at the back. This camera has triple-LED RGB flash and supports video recording of up to 2160p@30fps. It uses PureView technology and so you know that image quality is awesome. In front it has a 5MP camera capable of 1080p video recording.

The Lumia 950 has a 3000 mAh removable unit at the back which can easily last you a day or two. This battery supports fast charging and can get you up to 50% with just 30 minutes of charging.