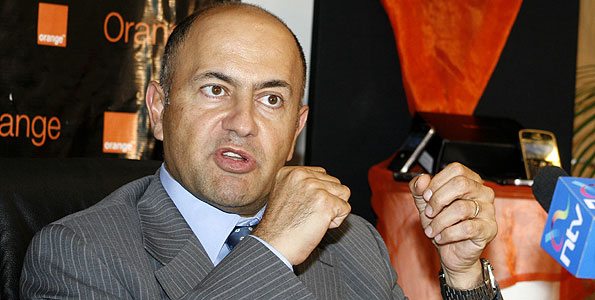 Telkom Kenya (Orange Kenya) has had a tough run ever since the government sold 70% stake of the company to France Telecom a few years ago. Orange has struggled to turn a profit but competition from Safaricom and Airtel have made this difficult. At one point, it was rumoured that France Telkom was shutting down shop in Kenya due to the losses but the company refuted these claims as fast as they surfaced.

The drama in the company does not seem to stop as the Business Daily is reporting that senior officials of the company are set to leave by September. It is believed this is part of the deal with the Kenyan government which stands in as a minority partner in the company.

One of the key executives that is set to leave the company is Mickael Ghossein who has been the CEO of Orange Kenya since 2009. Some other executives set to leave include the chief financial officer (CFO) Yvan Ridard, the chief technical & information officer Alain Bridard, chief marketing and strategy officer, Vincent Camadro, chief business market officer Xavier Villegas, chief business transformation and SMEs Miveille Helou, and head of customer care and marketing Bertrand Vuillemin.

A source close to the situation said that in a meeting between France Telecom and Treasury officials from Kenya, France Telecom agreed to loosen the grip on the Kenyan firm. The source said, “There will be some strategic changes in the management team, with the tours of duty of some of the expatriates coming to an end.”

This move by France Telecom is seen as a sign the company wants to sell its stake in Orange Kenya, a rumour they have disputed before. It is believed that Kenyans who will be appointed later will replace the executives. The Kenyan government has pushed for this for some time now and even former finance minister Njeru Githae said “We need to change the business orientation from control by people from France who haven’t understood the local business environment.”

Let’s hope this move helps the company turn a profit.