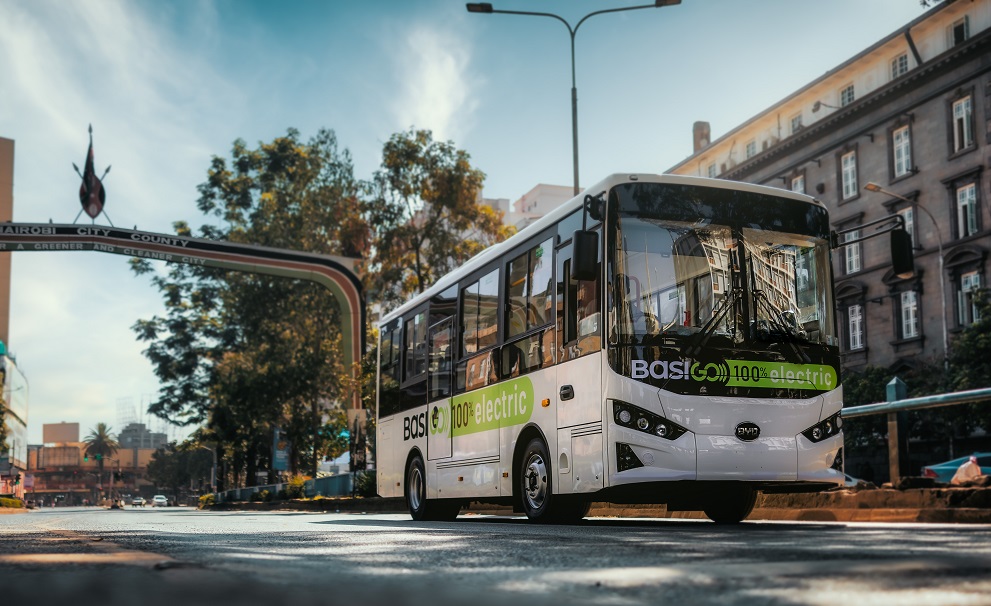 The partnership between BasiGo and KCB will see customers enjoy up to 90% funding with an extended repayment period of 36 months while supporting them to reduce their greenhouse emissions and enhance their ability to respond to climate change through adaptation and mitigation measures.

In a moved aimed at further expanding its buses in Kenya, BasiGo has announced that it has received $6.6 million in new funding that will enable the company to begin commercial delivery of locally manufactured electric buses and charging infrastructure through the company’s unique Pay-As-You-Drive financing model. This funding round was led by Mobility54, the corporate venture capital arm of Toyota Tsusho; Trucks VC, a transportation-focused venture capital fund in Silicon Valley; and Novastar Ventures, a global VC supporting entrepreneurs transforming markets in Africa. The round also includes investment from Moxxie Ventures, My Climate Journey (MCJ), Susquehanna Foundation, Keiki Capital, and OnCapital.

In a statement, BasiGo CEO, Jit Bhattacharya said, “BasiGo is thrilled to have the backing of investors who are leaders in the automotive sector and climate finance. Over 90% of Kenya’s electricity already comes from renewables. Yet Kenya’s transport sector relies entirely on imported petroleum fuels. By electrifying Kenya’s public transport, we can make an immediate dent in climate emissions, clean up the air in our cities, and give bus owners relief from the rising cost of diesel. With this new funding, BasiGo is ready to bring the benefits of state-of-the-art electric transport to all people in Africa.”

BasiGo has so far partnered with Citi Hoppa and East Shuttle. The company says its electric buses have so far covered over 110,000 Kilometers and carried over 140,000 passengers. It has over 100 reservations from customers at the moment. BasiGo’s next 15 electric buses will be delivered in January and will enter operation with many of Nairobi’s largest bus operators. BasiGo is already deploying high-power, DC fast-charging stations at strategic locations across Nairobi to support this expanded fleet. The company reports that all buses delivered in 2023 will be locally assembled in Kenya, and aims to have over 1,000 electric buses deployed in Kenya by the end of 2025.

BasiGo is not the only player in this sector, recently, ROAM also unveiled its first electric buses in Kenya. The buses called Roam Rapid will have a capacity of 90 passengers accommodating both seating and standing passengers. The buses have a 384-kWh battery that the company says provides a range of 360 Km on a single charge. This will be good for most operations around the city for an entire day on a single charge.

“We strongly believe in the potential of electric buses in Africa” Takeshi Watanabe – CEO of Mobility54 said in a statement. “BasiGo’s strong capability to implement the concept and its cutting-edge technology is the key to transforming conventional diesel buses to environmentally-friendly electric buses. We are extremely excited to build a solid partnership with BasiGo, and to support their growth by fully leveraging the business assets under Toyota Tsusho and CFAO.”