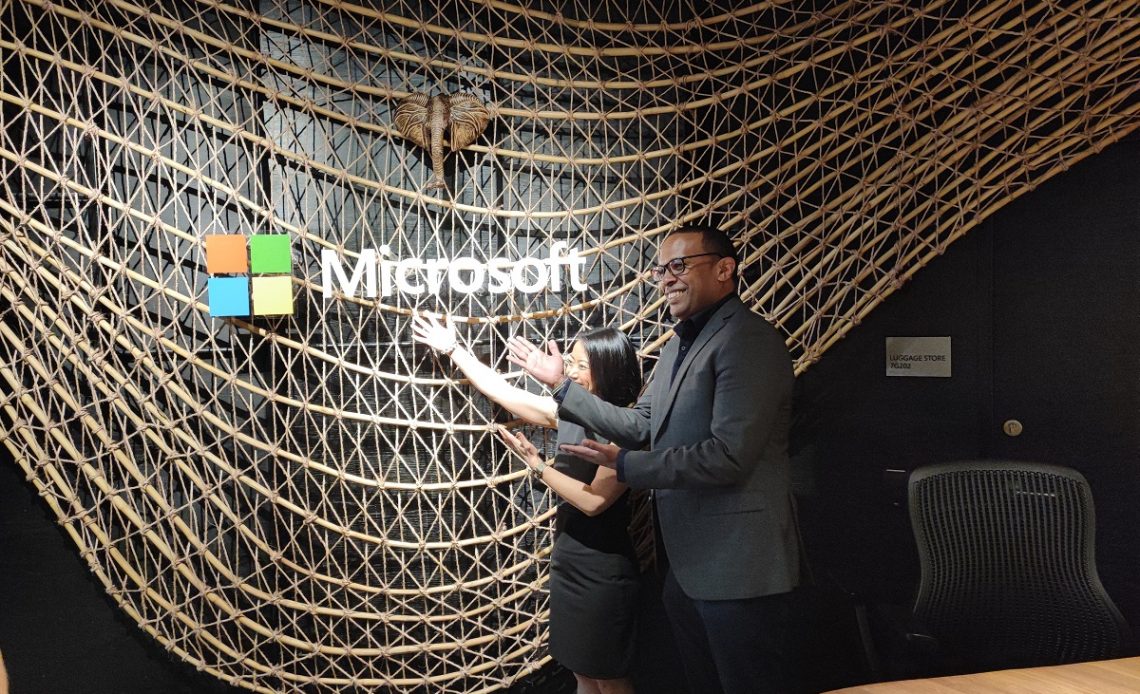 After three years of successful operation in Kenya, Microsoft’s premier engineering hub, the African Development Centre (ADC), is relocating to its own offices in Nairobi, demonstrating the company’s commitment to the continent. The ADC will now be based at Dunhill Towers along Waiyaki Way in its new ultra-modern state-of-the-art facility, the first of its kind serving the East African region.

The facility will house the engineering, design, research, and innovation teams, as well as the Microsoft Garage, an incubation hub launched as part of the ongoing efforts to scale tech innovation in the continent. The facility was officially launched by H.E the president Uhuru Kenyatta, who was accompanied by Joe Mucheru, the Cabinet Secretary for ICT, Innovation and Youth Affair among other key guests.

Since its inception in Nairobi in 2019, the ADC has grown to over 450 full-time employees working in areas such as software engineering, machine learning, data science, market research, infrastructure, and much more.

Speaking at the offices’ opening, the ICT Cabinet Secretary praised the development, noting that it strengthens the country’s position as a leading regional digital innovation hub, putting Kenya on the path to achieving large-scale industrial technology status, as other countries such as China, India, and Israel.

“Our Vision 2030 recognizes the role of science, technology, and innovation in a modern economy, in which new knowledge plays a central role in wealth creation, social welfare and international competitiveness through effective exploitation of knowledge, innovation system and flourishing entrepreneurship, among others. As a Ministry, our strategy is to build capacity in tech innovation and utilization of knowledge to transform the economy of this country and therefore we welcome the work that the ADC and Microsoft are doing towards contributing to this agenda,” Mr. Mucheru said.

On his part, the ADC Managing Director, Jack Ngare said: “One of our proud achievements in developing this facility was during the construction phase when we hired over 100 builders, artisans, architects, artists, craftsmen, women groups, and other skilled and unskilled workers, all during the height of the COVID pandemic. In addition, most of the construction materials were locally sourced thus ploughing back into the economy. We anticipate more employment will be created in the future, both in the day-today running of the facility and to staff the various community engagements that will take place.”

The facility was built in a similar style to Microsoft’s global offices to optimize space utilization, air conditioning, and lighting adjustments as part of Microsoft’s global ambition to be net carbon negative by 2030. There will also be self-heating windows, a mini solar plant to power the facility, and a water treatment facility to recycle and purify the water, which are not yet available in other Microsoft offices but are available at the new ADC facility.

“The facility will continue our efforts towards training, equipping and hiring engineering talent in Kenya and Africa as whole to contribute to the development of Microsoft products that are in use by over 1 billion devices and empowering millions of users and organizations across the world to do more,” Ngare added. The Nairobi-based centre was launched days after the ADC Nigeria which serves the West African region.

Speaking about The Garage, Lydia Karanja, its lead for Kenya said: “The Garage in Kenya will help Microsoft employees, customers and developers tap into their creative prowess to come up with cutting edge technologies that will solve the problems we have in the world today. I can’t wait to see the next big thing coming out of Africa.’’

The Garage is structured as a freeform workspace where Microsoft employees, interns, schools, and community groups can find the tools and training they need to launch products and learn skills. “The Garage is meant to spread the values of openness and collaboration throughout the Microsoft ADC, where people come to The Garage to work with interdisciplinary teams on passion projects that sometimes make their way into Microsoft products – this should ultimately allow Microsoft ADC to become a more prominent shaper of Africa’s tech culture,” Karanja explained.

Projects born out of Garages around the world include an app that uses artificial intelligence to narrate what a smartphone camera is seeing to visually impaired users. Another project used AI to build a platform hospitals and doctors can use to communicate with patients, including automated symptom checkers and health plan information. The Garage has locations in Boston, Vancouver, Israel, India, and China.