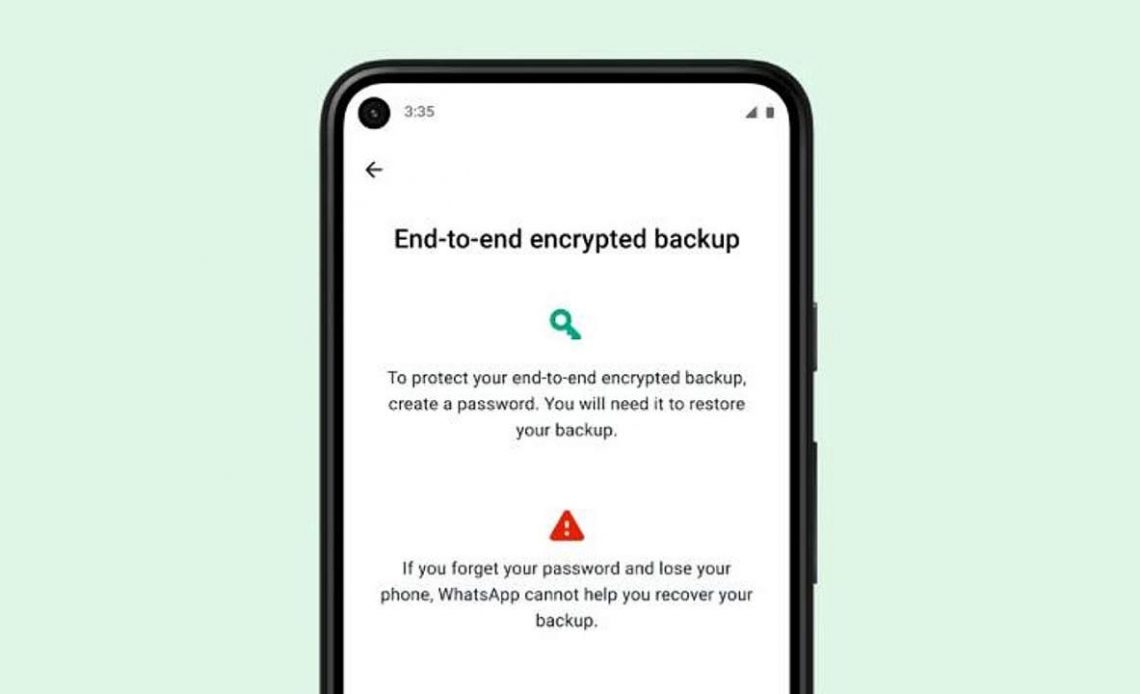 WhatsApp has finally started rolling out end-to-end chat cloud backups. With this, users will be able to keep a copy of their messaging history backed-up without worrying about compromising their privacy.

WhatsApp is rolling out the feature to users gradually and will be monitoring the experience and address any potential issues before making it available to all users.

Encrypted cloud backups first rolled out to some beta users a few months back but availability was limited. This is similar to how WhatsApp rolls out most of its features but eventually they end up reaching more users if the initial reception is good. With today’s announcement, those who want to store encrypted messaging logs on Google Drive or iCloud will easily be able to do so.

End-to-end encrypted cloud backups will cover chat logs, video calls, voice messages, text-based messages and media-based messages.  Users will have the option of encrypting backups with either 64-digit encryption key or a password. Neither of these will be available to WhatsApp or anyone else unless you decide to share it with them.

For you to use end-to-end encrypted chat backups, you will need the latest version of WhatsApp on Android or iOS. To access the feature, go to:

You will then be prompted to create a password or encryption key and afterwards the backup process will commence.

Read: How to Stop Telegram Notifications When A New Contact Joins The App