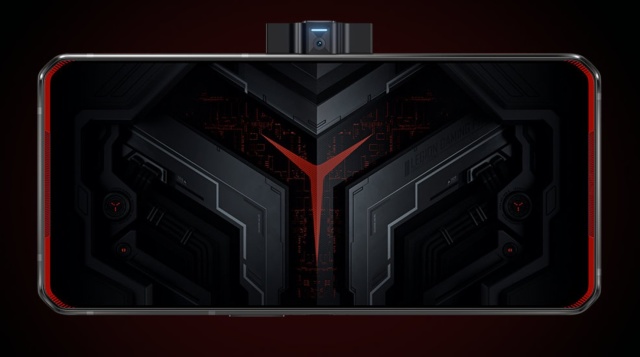 The quest f or a full screen display device has been intriguing over the past few years. We’ve come from pop-ups, to notches with different designs and sizes, and even invisible cameras under the display.

Not to mention a selfie camera with rotating tricks from Asus, and Xiaomi’s Mi Mix Alpha which was a phone whose full body is a touch screen. To that point, I thought we have already seen it all. Turns out we haven’t.

Apparently, there are still more options to explore when it comes to chasing the perfect screen to body ratio.

Lenovo’s upcoming Legion phone, a phone dedicated for mobile gamers, features a camera that pops out of its side. It’s the first phone to ever have a side-mounted pop up camera in the commercial market.

The phone’s design is customized for mobile gamers including the black and red color scheme to the RGB lighting.

Moving to the specs sheet, Lenovo Legion features a 6.67-inch AMOLED display with a 144 Hz refresh rate, 6GB of RAM, 128GB of storage, and is powered by the Qualcomm’s most potent Snapdragon 865+ processor.

On the camera department is a 20-megapixel pop-up selfie camera, a 64-megapixel main sensor and 16-megapixel wide-angle camera.

It also features 90W fast charging technology, which, of course, isn’t the fastest out there but is fast enough to juice up the phone.

Lenovo Legion is set to be officially released on Wednesday, July 22 in China and will be battling ASUS’ ROG Phone 3 which will be unveiled the same day. Both phones are powered by Qualcomm’s Snapdragon 865+ processor.