Samsung Unveils the Galaxy A21s With A 5,000 mAh Battery 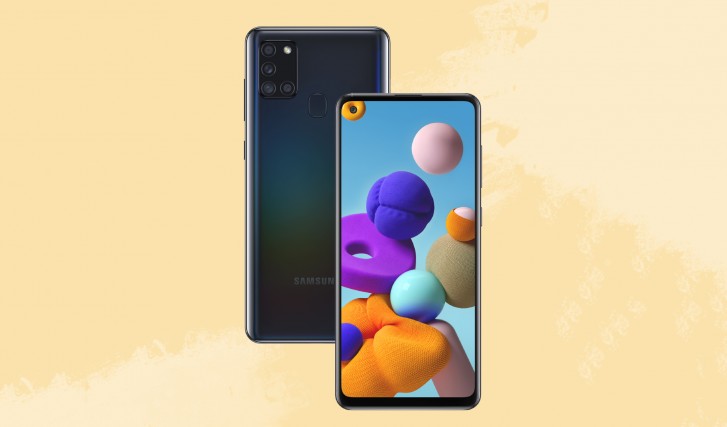 After weeks of waiting, Samsung has finally unveiled the new Galaxy A21s phone. This phone has the same design as the one we saw on the Galaxy A21 but the company says has been upgraded to have a better camera system, RAM capacity and a larger 5,000 mAh battery.

The Samsung Galaxy A21s has a 6.5-inch HD+ display with a punch hole to house the front facing camera. The selfie camera is a 13MP one that promises great results. At the back is a quad camera setup made up of a 48MP main camera, an 8MP ultrawide sensor, a 2MP depth sensor and a 2MP macro lens.

Still at the back is where we find the fingerprint scanner.

Powering the Samsung Galaxy A21s is 2.0 GHz Exynos 850 processor that has been paired with either 3/4/6GB of RAM and either 32/64GB of internal storage space. As expected, the phone comes with Android 10 out of the box with OneUI 2.0.

As I had mentioned earlier, the phone comes with a massive 5,000 mAh battery with support for 15W wired charging.

The phone has just been announced and should be coming to Kenya very soon. The listed retail price is about €200 (approximately Ksh 23,000) and that is what I expect it to retail for once it gets here. Available colors include black, white, blue and red.

Below is a look at some of the key Samsung Galaxy A21s Specifications.

Also Read: The Samsung Galaxy Tab S6 lite Will Be Available in Kenya Next Week for Ksh 55,000