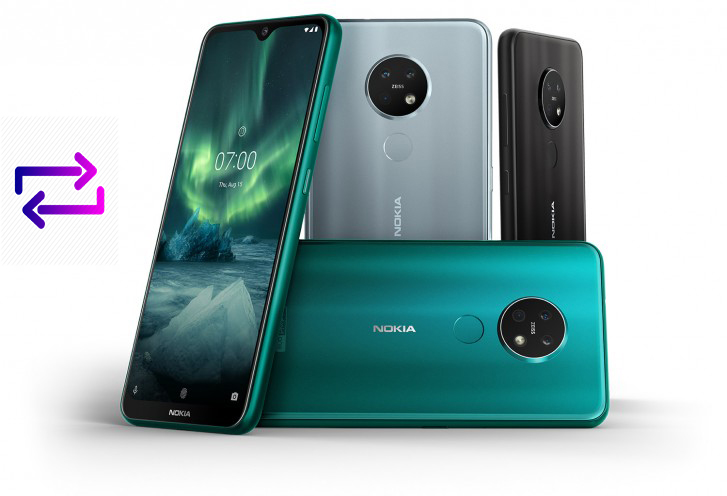 Nokia 7.2 is finally being updated to Android 10. HMD Global has kept a reliable launch schedule and has so far, not disappointed. According to the company’s rescheduled update timeline, Nokia 7.2 was in the next batch of devices to receive Android 10. This is one of the company’s 2019 mid-range phones that was released in September 2019. When released, the phone was running Android 9 Pie and was scheduled to get Android 10 at some point.

With this latest update, the Nokia 7.2 becomes the eighth Nokia phone to get Android 10. The other devices that have already received the update are the Nokia 8.1, Nokia 9 PureView, Nokia 7.1, Nokia 6.1 Plus, Nokia 7 Plus, Nokia 6.1 and Nokia 2.2.

Like with the other Nokia phones already updated to Android 10 R, the Nokia 7.2 now gets a swipe-based gesture navigation system, full system-wide dark mode, smart replies, and, most importantly, aggregated privacy settings. The update also brings the March Security patch.

Family link is another handy feature that simplifies parent’s control on how their kids use devices. It enables parents to control the apps that can be installed by the kids, set daily screen time limits, view app activity, and even restrict the type of content that can be accessed.

For personal time management, there is a new “Site and app timer” feature, which enables one to set daily usage limits based on app and even website.

Nokia 7.2 is also reportedly getting Focus Mode, although this is still in beta.

The Nokia 7.2 is an Android One phone and ideally, it was to get this OS update fasters, probably last year, but that did not happen. Android 10 has been out for over six months and phones in the Android One Program should have received this update by now. Some devices that are not part of this program have received this update and it’s not clear why it took HMD Global this long to push out the update.

If your Nokia phone is yet to get Android 10, check out the company’s latest update timeline to see when your device will be updated.