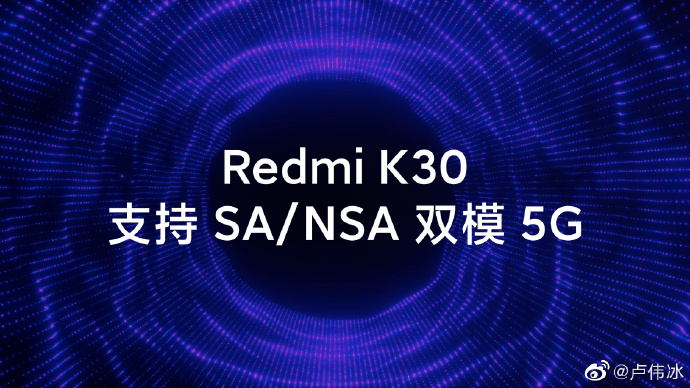 Xiaomi’s Redmi K20 series or Mi 9T has been popular in the media since launching mid this year. The phone featured a sturdy design, a pop-up selfie camera flowered with nice-looking LED indicators, and a subtle color finish at the back.

It is no doubt Xiaomi’s Redmi K20 series has been one of the company’s popular devices this year. In that regard, the company is already working on the successor – the Redmi K30.

In an event held in China, where the company launched Redmi 8, the company’s General Manager Lu Weibing revealed an early look at the Redmi K30.

The main highlights of the device in early stages included a punch-hole display that houses dual-front facing cameras – like the Galaxy S10 Plus and 5G support.

The 5G support will be dual-mode, including Stand-alone (SA) and Non Stand-alone (NSA) mode. Dual-mode support of the Redmi K30 will ensure better connectivity.

On matters pricing, Xiaomi won’t go easier on this. The Redmi K30 won’t be the most affordable 5G phone out there, but Lu Weibing said the Redmi brand cost-effective nature will still be upheld.