The State of E-Sports in Kenya 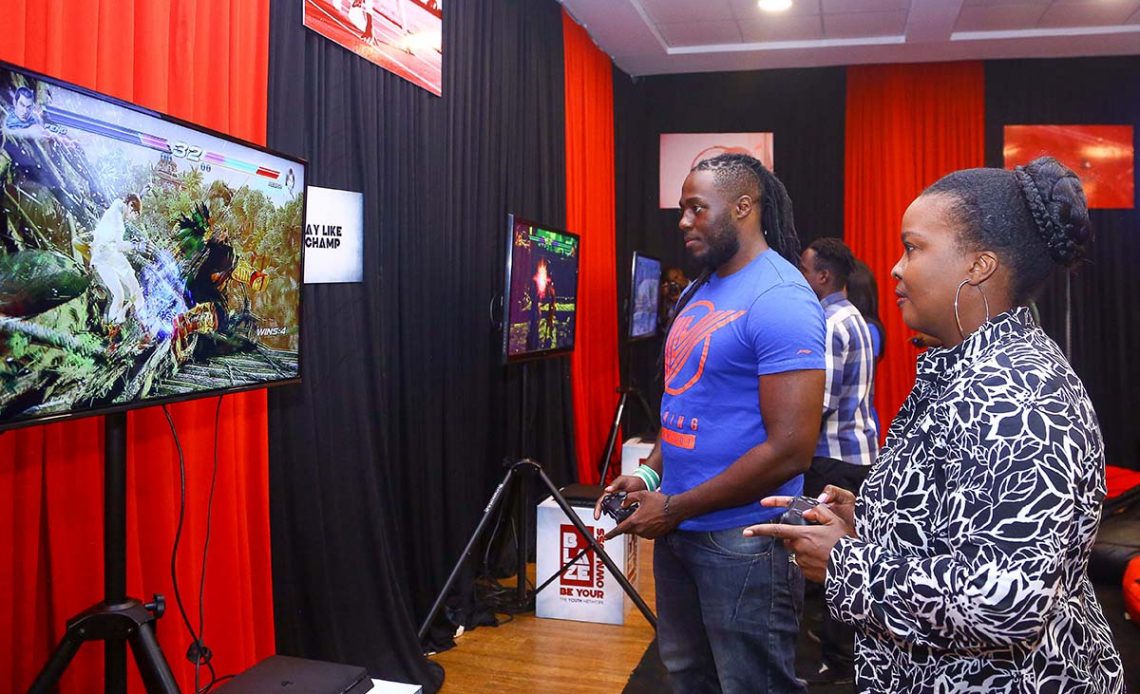 We may not think too hard about eSports but it is a growing industry worldwide and in Kenya. We do play games and always have but it is not something we think too much about as most of those who do engage in that do so to pass time. With the evolution of smartphones and mobile gaming, on our hands we have devices that can handle all manner of games. From simple one-player games to multiplayer games, people are free to play the one they want if the smartphone they have supports it.

From the casual smartphone gamers, we move up to those who play on their PCs or laptops and the console-based gamers. You may have seen all those gaming hubs in your neighborhood where gamers gather to play their favorite games, FIFA in most cases. These hubs have been around for years as some of these consoles of gaming PCs can be expensive to get so it makes sense for most people to pay to use the equipment at these hubs. There are those who can afford the consoles and gaming PCs and they got them in their homes to play whenever they want to.

Even with the gaming hubs, not everyone who is involved is gaming does it professionally, most do it for fun. A small percentage of them do it professionally as part of the eSports industry. I had a chat with one Pro-gamer, Brian Diang’a alias Beast, to understand the state of E-sports in Kenya and if there is a future for local gamers.

Beast is one of the mentors in the Blaze eSports tournament that was launched towards the end of August in partnership with Pro Series Gaming and the Standard Group.

Before we get started, let us understand when eSports is. Wikipedia describes eSports as a form of competition using video games. A very short and straight to the point description. With eSports, you may have different players facing off in the same game and watched Live by fans or through online streaming platforms.

eSports is a form of competitive sport just like any other that involves the use of video games. They can be played via consoles, PCs and even smartphones. The industry has been growing tremendously and it is expected to generate over $1 billion globally by the end of this year according to NewZoo.

eSports players can take part in tournaments like the Blaze eSports tournaments or they can stream through platforms like Twitch. With simple economics, if there are people willing to watch others play these video games, there is money to be made. Most of these video games are competitive and people love watching that globally, I wanted to see if this is the case for Kenya as I talked to Beast.

For Beast, the journey to eSports has been wild ever since he started. When he got started, he did not own a console to play on and this meant that he could not practice as hard as he wanted. He was also not able to compete with other players online and this slowed him down a bit. He told me that he used to go to the gaming hubs and at first like with most offline games, he played against the machine which was ok in the beginning but with most of these scenarios, you can figure out the pattern the machine follows and you will be able to beat it. This means that, even someone who is not that good of a gamer can win against the machine but will be annihilated when playing against other people.

When thinking about what Beast went through the you see what most other players in Kenya go through, they may not have the money to get the consoles or play against other online gamers and this makes them think they are good but they don’t realize that they are only good when playing against the computer. For skills to be improved, playing against other people is the way to go even if you are doing it casually and not at tournaments.

Beast considers himself an athlete and takes time to practice and perfect his skill. He takes time to watch YouTube videos of other players to learn new skills and techniques and then apply those when he plays. He prefers playing Mortal Kombat that may appear as an easy game but can be quite challenging if you do not know what you are doing.

One way he approaches his practice sessions are the characters he chooses. He does not just pick the characters he knows will be easy to win with but goes with any character when practicing with his teammates just so that he can improve his skills. This makes sense as there are characters who are considered low tier and most players may avoid them but when it comes to building your skills, they might help you learn a few things and teach you some patience.

Gaming is not just about winning

According to Beast, for him gaming is not just about winning but he enjoys the journey. Like any other person, he enjoys winning but it does not get to his head if he does not.

As I have mentioned above, he practices with his teammates and they tend to focus mostly on fighting games. There are quite a few eSports teams in the country including Rampage corps Watchemen, Simba ultimate among others. These teams can be managed like professional football teams or any professional team you may think of. They practice together and may organize tournaments to scout for new talent.

Tournaments on the rise

As more people get into this industry, more tournaments will come up. For a company like Safaricom to get into this space with Blaze, they must have seen the potential. It is a way to engage the youth and can be considered as a full time or part time job that can generate some money for the players. One company that has been vocal when it comes to eSports in Kenya is Pro Series Gaming. They do have a number of tournaments locally gamers can take part in.

For us to see more tournaments, corporates have to be involved just like they are involved in other sports. According to Beast, corporates can chip in to reward winners with price money, giving out systems and consoles, get the space where the tournaments can be held, sponsor players to take part in tournaments locally and even outside the country.

The idea that gaming is bad should also be thrown out said Beast. Yes, there are bad sides to playing video games all the time but he said that he does not play all the time. He practices like any athlete would do but does it in moderation and knows most gamers can do that to. Parents can accept this new trend and supports they kids if they decide this is the route they will take. Guiding the kids through this will work better than discouraging them from it especially if they happen to be good at it.

Using his case as an example, Beast said that he has achieved a lot through gaming and that is what he will share as a Blaze mentor. He said that if he made it through the challenges, others have a chance to be greater that him. Most of his friends did not make it past 20 years and he knows a good number of people in similar situations who just need the reassurance to get by and that is what he will focus on.

eSports is not just for gamers

In conclusion, Beast said that with eSports, it is not just about the games. It does create jobs for supports roles from those managing the teams to those who help out with organizing and managing the tournaments. This he said is good as those who may not be good at gaming can still have a chance to be part of this industry in other ways and make money while at it.