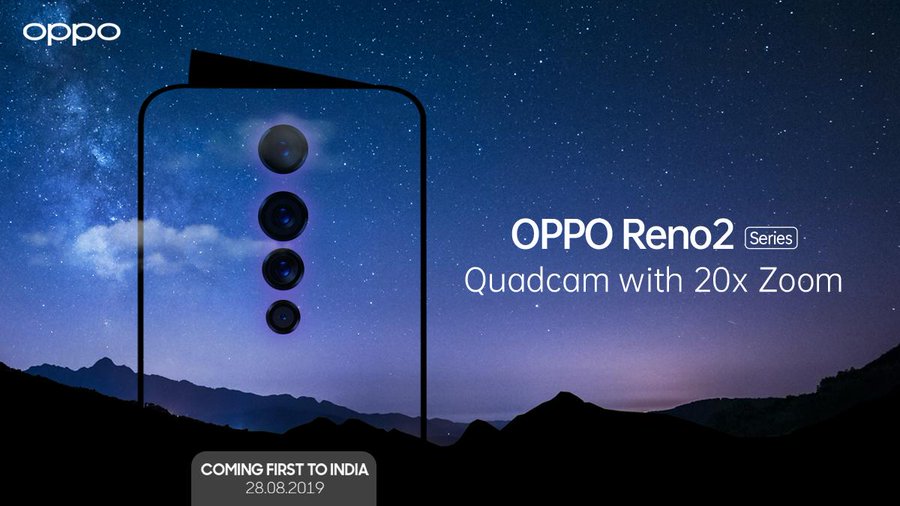 Oppo Reno 10X Zoom officially landed in Kenya almost a month ago, but that was months from when the device was announced for the first time in some markets. The Oppo Reno 10X Zoom stood out with its 10x hybrid zooming technology which combines both optical and digital zoom capabilities that made it a mainstream media device.

Now that the Reno 10X Zoom is already available, Oppo has recently teased its successor, Oppo Reno 2. Oppo Reno 2 Series will still come in three variants; a base model Reno 2, a high-end option with 20X Zoom capabilities and a 5G variant. Which means the high-end variant will likely adopt the Reno 20X Zoom naming scheme.

The pro model will pack quad cameras on the rear placed at the top-center position rumored to be a 48MP primary camera, 13MP telephoto lens and an ultra-wide and a depth sensor of unspecified specs as per now. On the other side, the standard model will likely have three instead of four rear cameras like the 20X Zoom. For the front, you still get a shark fin camera just like the first generation Oppo Reno.

The devices will also feature fast charging tech – common feature for high-end phones these days – and even a full-screen display with minimal bezels and a thin chin.

Oppo India has already sent media invites with a planned launch date of August 28th. In other markets, we will have to buy some patience before the device hits the shelves.